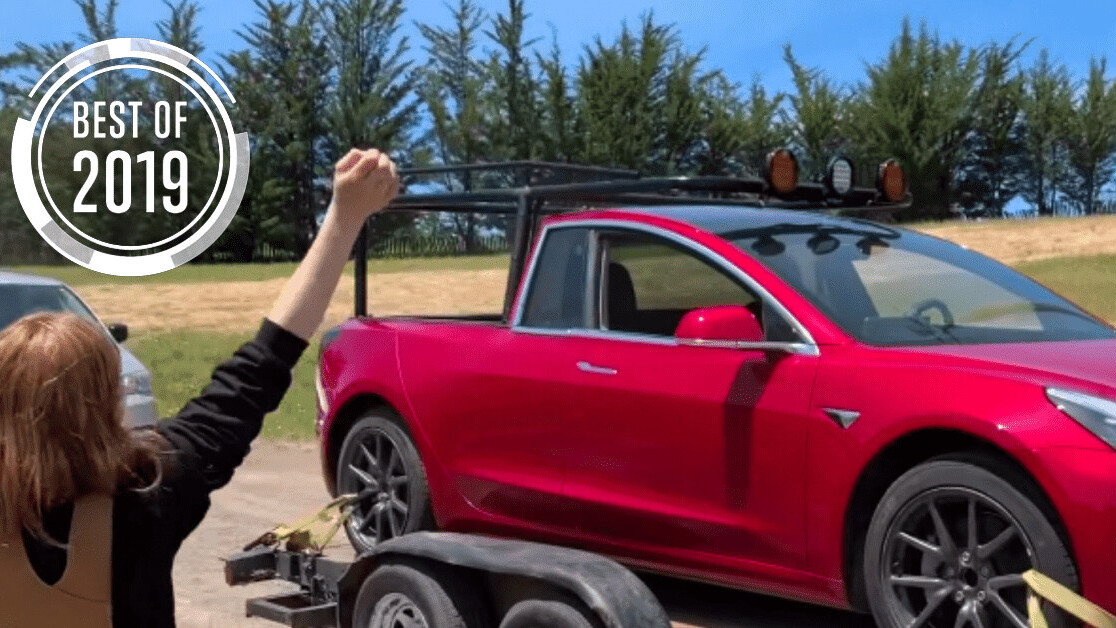 People have been clamoring for Tesla to make a pickup truck for years. Though Elon Musk has repeatedly promised it’s on the way, there’s yet to be any indication of what it’ll actually look like, let alone a firm release date.

Simone Giertz, an inventor known for her wacky robots like the most effective/deadly alarm clock ever, took it upon herself to make the Tesla Truck a reality.

The ‘Truckla’ is a collaboration between Giertz and a host of inventors, mechanics, and creators. Giertz actually purchases the car specifically for this video, which is rather gutsy considering it’s her first ever car purchase. Over the course of several months, she and her team then proceed to rip the car apart and put it back together using salvaged truck parts, and then refinishing it into a surprisingly seamless final product.

But enough description; you should check out the build video yourself. It’s a lengthy one at 31 minutes, but it’s worth a watch for the ingenuity on display – not to mention the shock factor of seeing someone cutting into a Tesla.

Or if you don’t have the time, just watch the end result in this unofficial Truckla ad:

Giertz says she still needs to put some finishing touches on the Truckla, including waterproofing, bodywork, bed liner and more. If you’d like to help out, you can contact the team at [email protected]