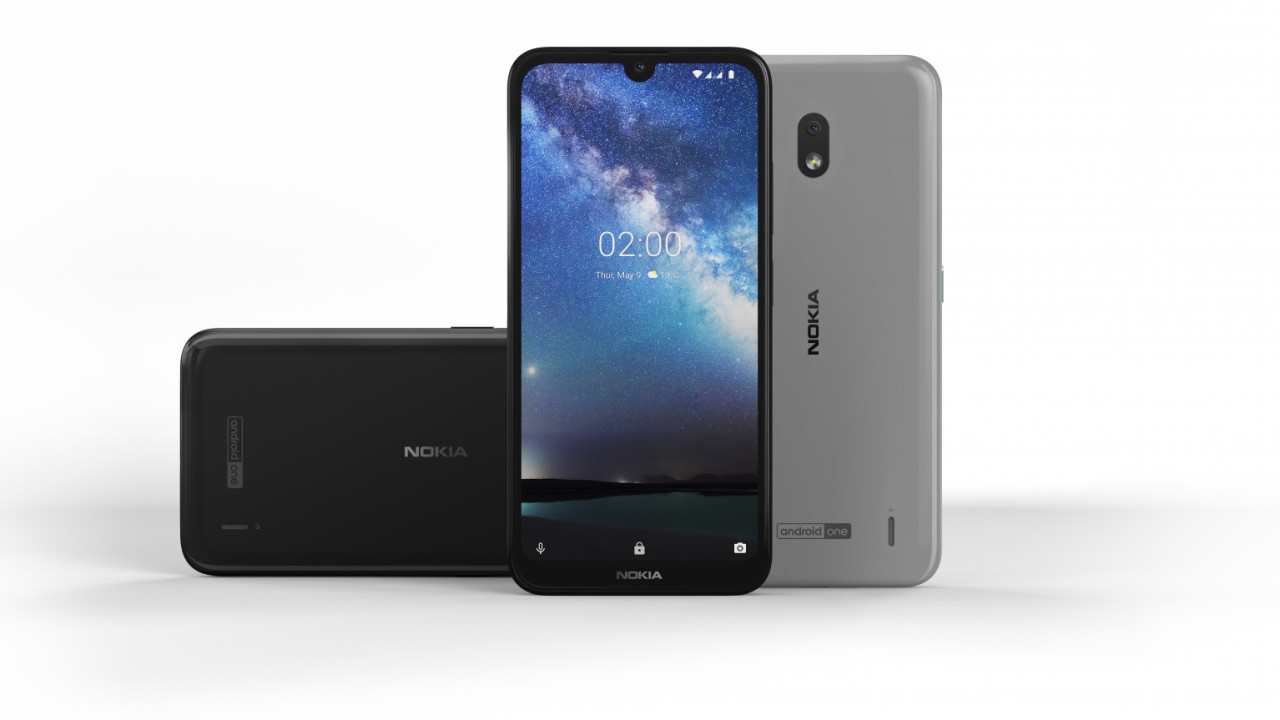 HMD Global, the company licensing the iconic Nokia marque, today announced it’s latest entry-level handset, the Nokia 2.2, which will retail for €99 (about $110).

The Nokia 2.2 is an interesting duck, as it doesn’t seem overtly compromised. Sure, it’s not exactly blazing fast, but its internals should be eminently able to handle the rigors of daily smartphone-using life.

And, uniquely for a phone in its price bracket, it’s overtly emphasizing low-light photography, which is something phones in its price range traditionally suffer with. But before we get into that, here’s the specs:

The addition of a MediaTek platform isn’t surprising, as they frequently crop up on budget-oriented devices. As a rule of thumb, they tend to be a bit cheaper than Qualcomm’s own chips.

The MediaTek Helio A22, which appears on this particular handset, was released halfway through last year. This is based on ARM’s Cortex-A53 microarchitecture, and uses a 12nm manufacturing process, which should deliver improved performance and battery gains. In addition, the Helio A22 places great emphasis on photography, and comes with hardware- and software-level tweaks designed to improve shots.

That’s helpful, given HMD is selling the Nokia 2.2 primarily on its entry-level photography credentials. As mentioned, it comes with a solitary 12-megapixel rear shooter. It’s not immediately obvious what sensor HMD chose to include with this device. However, it does tout the presence of AI-driven software optimizations that attempt to improve low-light performance by capturing multiple shots of the same subject and then compositing them.

This doesn’t sound too far removed from Huawei’s night mode, which features on several of its top-line devices, including the P30 Pro and Mate 20 Pro. I’d be interested to see how it performs on a far cheaper device. At €99, the Nokia 2.2 retails at one-tenth of the price of a Huawei P30 Pro.

The Nokia 2.2 comes with two options for both RAM and storage. In both situations, you’re going to want to pay extra to max these out. While you could probably manage with 2GB of RAM, it’d likely be a frustrating experience. That extra gigabyte will make all the difference, especially when it comes to browsing and multitasking.

Although the Nokia 2.2 is cheap, it’s also reasonably stylish, and looks far more premium than it is. We appreciate the tiny teardrop notch, which gives users a respectable amount of screen real-estate to work with. This hides the phone’s 5MP front-facing camera, which also supports face unlocking.

The phone comes in two color options: Steel and Tungsten Blue. On the side of the device, you’ll find a dedicated button for Google Assistant. This is a common feature on HMD’s Nokia devices, and can be found on more expensive phones in the lineup, like the Nokia 4.2, which we’re currently in the midst of reviewing.

The Nokia 2.2 runs Android 9 Pie. That’s the latest and greatest version of Google’s mobile operating system. This phone is also part of the Android One program (incidentally, it’s also the cheapest device you can buy that’s Android One-certified), so you’re guaranteed to get a steady stream of software updates and patches.

As a recap, Android One certification promises the phone will receive two OS upgrades, plus three years of security updates. That’s more than enough to cover the typical lifespan of the phone itself.

Honestly, for the price, I’m struggling to find fault with this phone. Would I want to use it as my personal daily driver? God no. My tastes are expensive. I walk around with the Huawei P30 Pro, which is the caviar of Android smartphones.

But would I buy this for my tech-averse parents? Absolutely.

It does the job. It’s not too weedy, given the price. On paper, it’s capable of handling ordinary tasks. And, thanks to its Android One certification, I won’t have to worry about it being left to rot a few months after purchase when the vendor inevitably loses interest, as is the case with many other devices in the Android ecosystem.

There’s no word on US or UK availability and pricing yet. However, when it goes on sale in Europe, the entry-level model will retail for €99.