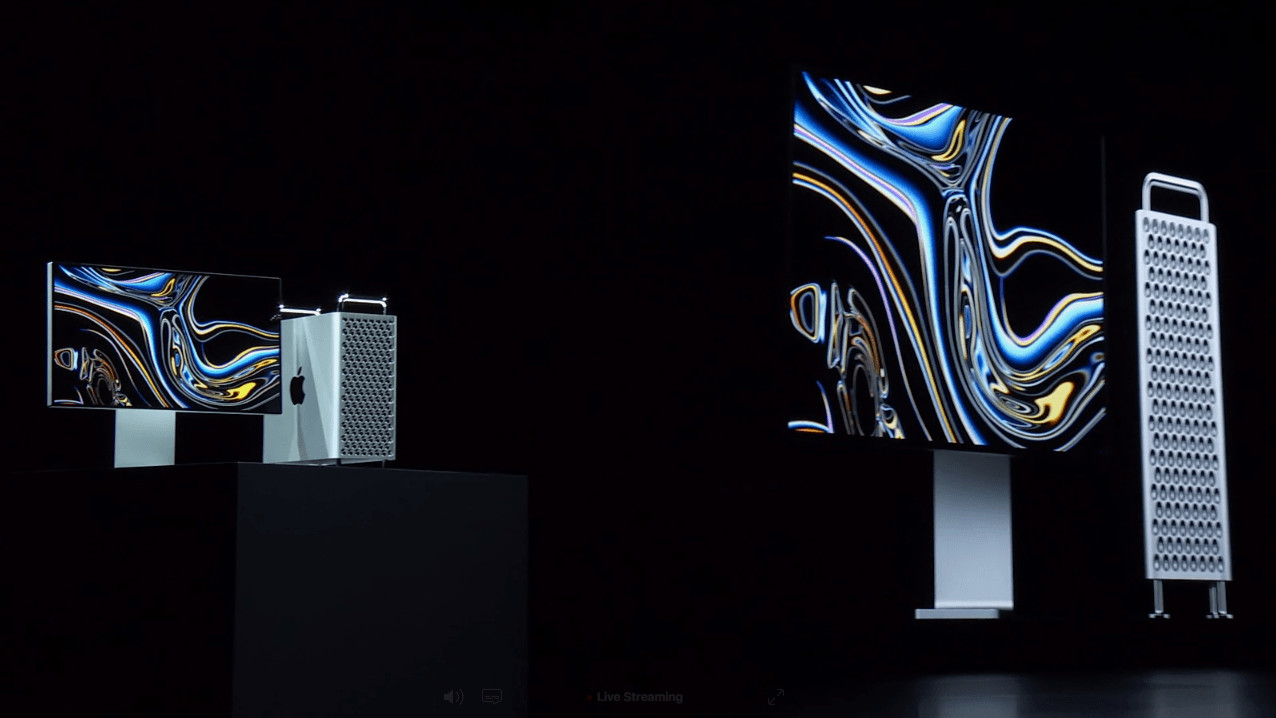 The new Mac Pro features a stainless steel frame with an easily removable cover, providing 360-degree access to internal components. Simply turn a handle, and you can pull off the chassis easily.

Those components include up to:

Building on its promise of expandability, the device comes with eight PCI slots.  Using a newly designed ‘MPX Module’ which increases the available PCIe lanes, the computer can support up to four Radeon Vega II GPU (two per module). Apple claims it achieves the most powerful graphics performance in the world at up to 56 teraflops divided across four GPUs.

This all amounts to one of the most powerful computers on the market. It’s able to power up to six of Apple’s new 6K Pro Display XDR monitors, pushing a total of 120 million pixels. It can run 20 percent faster than a Windows workstation “maxed out with three Nvidia Quadro RTX 8000 graphics cards.” Apple showed the PC deftly handling 8K video and 1,000 tracks in its Logic Pro X music software.

Despite all this power, Apple claims the Mac Pro runs quietly thanks to a lattice housing that acts as a heatsink.

The new Mac Pro will start for $5,999 when it goes on sale in the fall. The base configuration includes an 8-core Xeon processor, 32GB of memory, Radeon Pro 580X graphics, and a 256GB SSD.