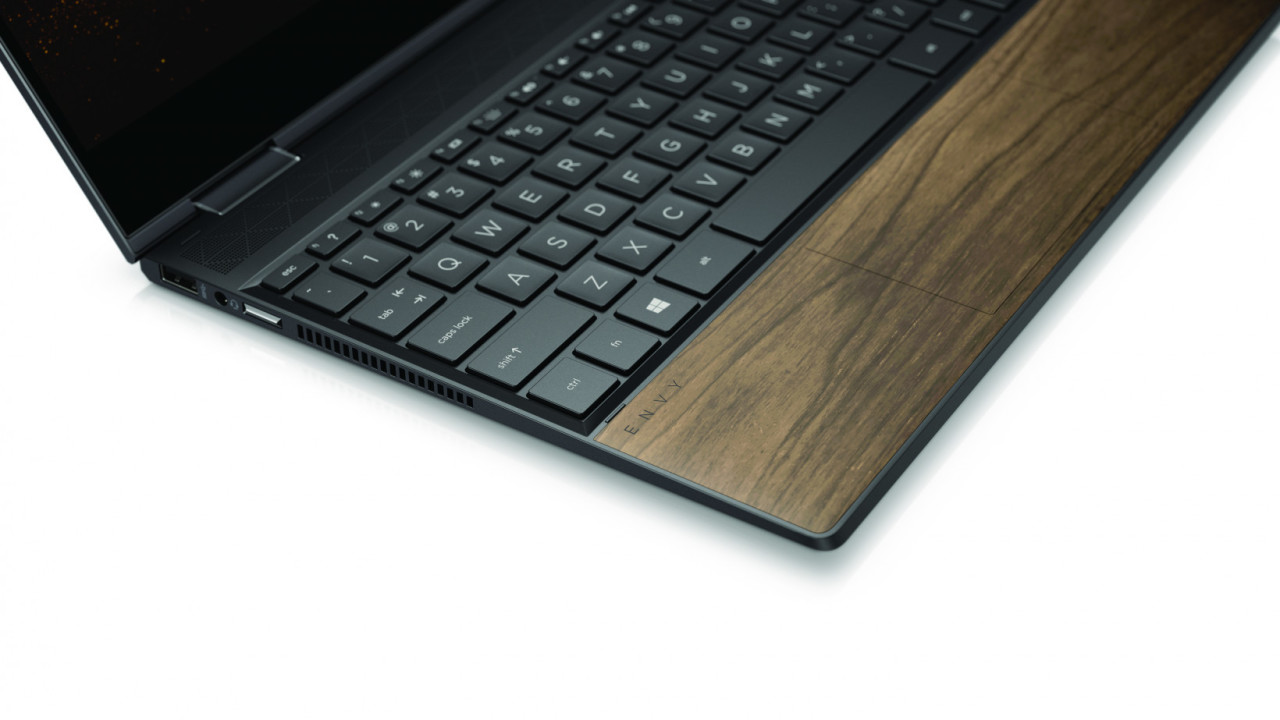 It’s interesting to see the continuing evolution of HP’s laptop division into a more premium, aspirational brand. That shift is typified by the swathe of natural covers the company is offering. Last November, it added a real leather option to its Spectre Folio line. And now, it’s offering the HP Envy line in two different wood options.

HP is offering a dark option, Nightfall Black with Natural Walnut, alongside a lighter alternative, called Natural Silver with Pale Birch. No matter what option you choose, HP promises that each laptop will be unique, thanks to the natural variation found in the wood.

These options will be available across the Envy line, including on the Envy 13, Envy x360 13, Envy x360 15, and the desktop-replacement Envy 17. These will come with the latest-and-greatest silicon from AMD and Intel.

In terms of software, the machines ship with Amazon Alexa pre-installed, which makes sense given Microsoft’s Cortana assistant has stagnated somewhat. It also comes with HP Sure View, which creates a digital privacy shield, and HP Webcam Kill Switch, which is self-explanatory

HP says the Envy is “world’s first PCs with authentic wood,” which isn’t strictly-speaking true. The Volta V gaming computer, released in 2017, was constructed out of walnut and bamboo. On the cheaper side of things, there’s also the Endless Mission One, released the same year, which came with a bamboo and polymer chassis.

That shouldn’t detract from the fact that this is a genuinely gorgeous machine, and I wouldn’t be surprised to see HP sell a shed-load of its new Envy laptops. As Windows reasserts itself as a home for developers and prosumers, you can expect to see a rising demand for these more premium machines.

HP says the wood-clad laptops should go on sale around Autumn 2019, with specs and pricing to be announced closer to the launch date.