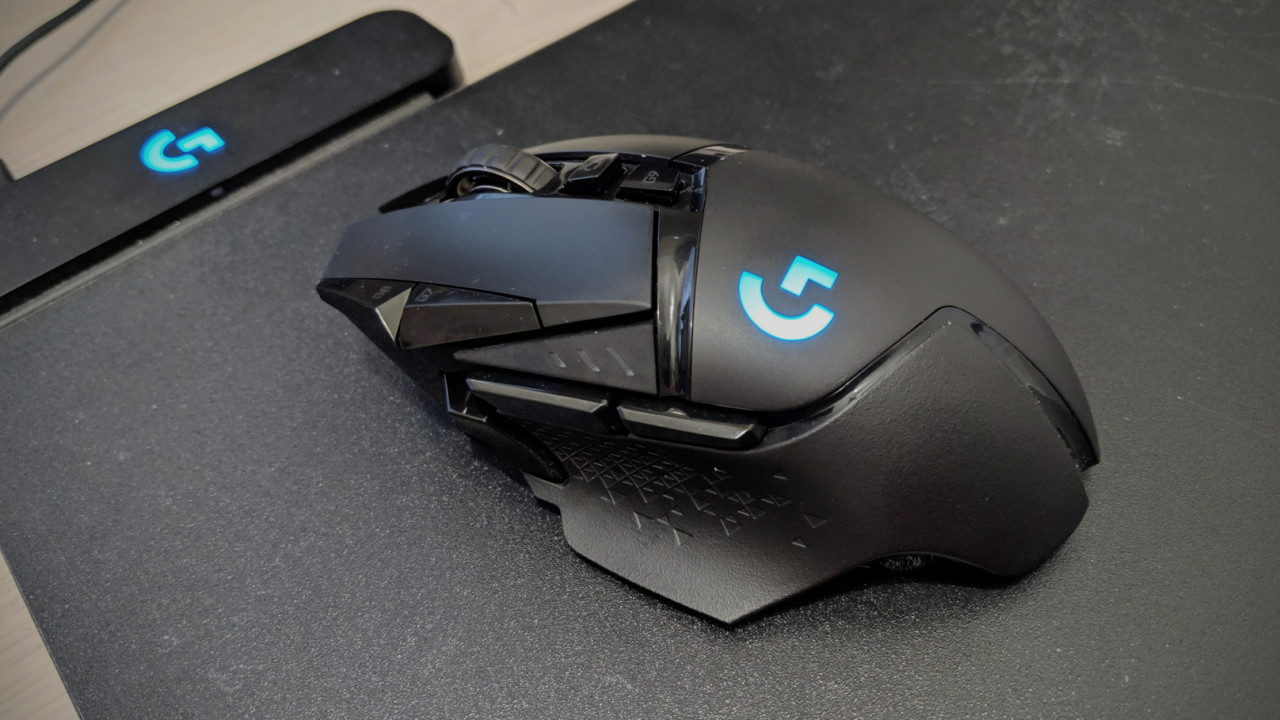 Logitech’s G502 is one of the best-selling mice of all time, and the most popular gaming mouse on the market, according to the company. But since it’s release in 2014, the G502 has been technologically overshadowed by its brethren with gaming-ready wireless connectivity and. I’ve enjoyed some of these mice greatly, but none had the G502’s shape and button arrangement I so loved.

That changes today. Logitech has announced the $150 G502 Lightspeed, which adopts the fantastic wireless connectivity introduced with the G900 and the wireless charging support introduced in 2017. I’ve been able to play with the mouse for a few weeks, and it could very well be my mouse endgame.

Though I used the original G502 for a time, I eventually made the switch to the G900 for its wireless connectivity. At the time, it was the only mouse to have ‘solved’ wireless connectivity at a level worthy of competitive gaming. I used the G900 – and its later variant, the G903 – for the past couple of years. It’s a great mouse with a ton of customizability, but its ambidextrous shape never quite sat perfectly with me, considering my first gaming mouse was the legendary MX518 (which Logitech just brought back from the dead).

Still, I stuck with it because I felt I played better without a cable getting in the way, and because I appreciate the convenience of wireless. Logitech G703 is wireless and non-ambidextrous, but it only has 6 buttons compared to the G903’s 11, making it a far inferior option for my day-to-day productivity.

Enter the G502. It has just as many buttons as the G900/G903 but arranged in a more comfortable and accessible manner. Unlike Logitech’s other one-handed gaming mice, it has the toggleable hyper scroll wheel that lets you whiz past documents (imagine if you could turn your scroll wheel into a fidget spinner, basically). Externally identical to the original G502, the Lightspeed seems to conform perfectly to my hand’s shape and feels built to last years.

But Logitech’s made some improvements beyond wireless connectivity. The mouse is outfitted with the company’s latest and greatest ‘Hero’ sensor (a wired G502 with the Hero sensor was introduced last year) and is a few grams lighter (114g vs 121g), further augmented by the lack of a cable. It still comes with 16g worth of extra weights should you want something heavier, too.

Of course, you can still use the mouse in wired mode too. In this respect, it’s also superior to the original G502, as the included cable is thinner, lighter, and user replaceable. They say if it ain’t broke, don’t fix it, but barring any major durability concerns from the reworked internals, the G502 looks to be an all-around upgrade.

All this adds up to a mouse that feels fantastic to use for both gaming and work. The improved button placement makes it easier to assign commands to each of the 11 buttons. And though I won’t make any claims that it made me a significantly better gamer than the G903 did, especially after having used that mouse for years, the new G502 just feels right.

At this point, I have just about everything I want in a gaming mouse. The G502 performs at the state of the art, and is wireless, comfortable, and light. The one sour point is that $150 price tag, plus another $100 or so if you want to take advantage of the wireless charging via a Powerplay mat. But if you take your gaming seriously and have been looking for the G502’s unique combination of comfort and features, it might just be worth it. The Logitech G502 Lightspeed will be available on LogitechG.com and other sources later this month.

LOGITECH G GOES WIRELESS WITH THE MOST POPULAR GAMING MOUSE IN THE WORLD, NEW G502 LIGHTSPEED on Logitech