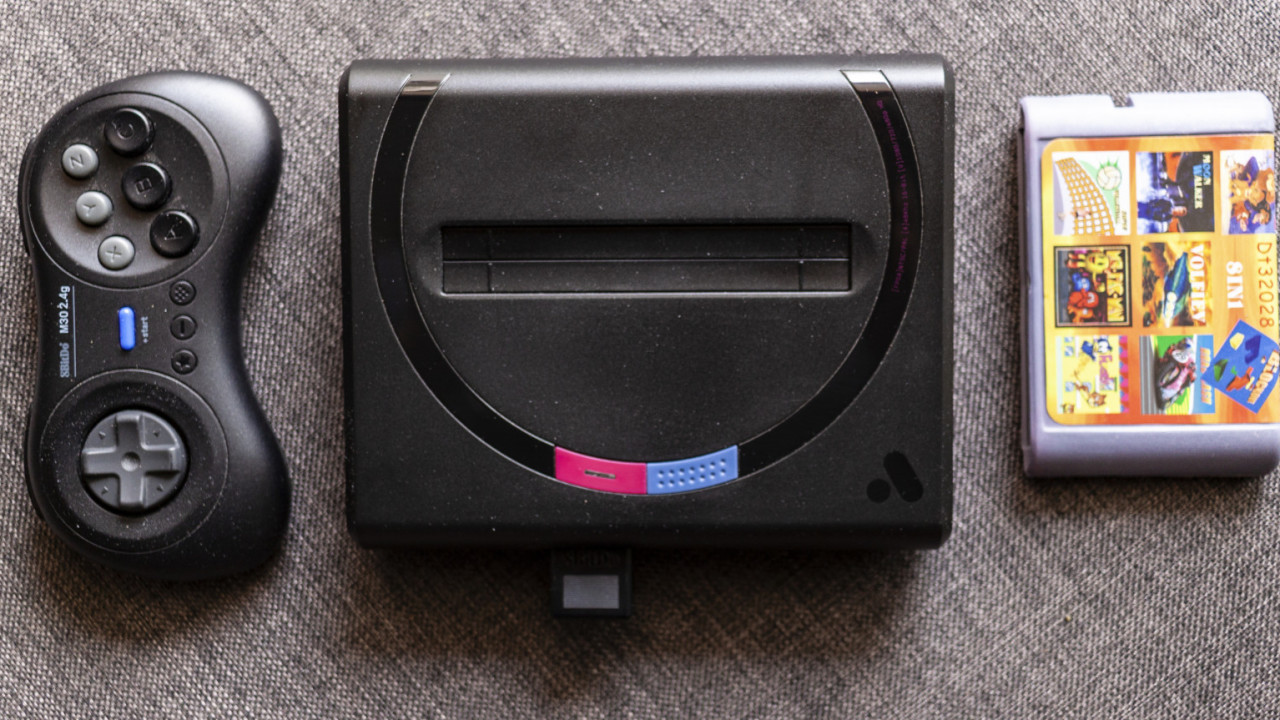 Over the past couple of years, Seattle-based Analogue has been warming retro gamers’ hearts with its systems that faithfully run 8-bit and 16-bit NES cartridges with high-resolution audio and video output. The company then set its sights on Sega’s family of consoles, and recently released the delightful Mega Sg.

This handsome little box plays your 8-bit and 16-bit Mega Drive cartridges, and comes with an adaptor to support a Sega CD connector. With that, you’re all set to take another crack at your favorite titles for Sega’s machines – of which there are more than 2,180 in existence.

I spent a few weeks with the Mega Sg, and I’m happy to report it delivers nostalgic fun with aplomb. If you’ve held on to your old Sega games and accessories from the good ol’ days, you’re in for a treat.

The Mega Sg features a slick, compact, and modern design that draws inspiration from the Genesis and Mega Drive 2. It’s available in four lovely colorways, and the black JPN one I received to review is most faithful to Sega’s products. You can plug into your TV via HDMI, power the console via microUSB and the included power supply, and update the firmware using an SD card.

In addition to the cartridge slot, an included Sega Master System adapter ensures pretty much all of the company’s hardware is supported. The Mega Sg also includes the same kind of controller ports seen on the original consoles, so your accessories will work with it.

Analogue’s Mega Sg works with 8bitdo’s M30 wireless controllers, which is modeled after Sega’s six-button gamepads. It perfectly complements the console, and works like a charm with the included receiver that plugs into the controller port. You can pick up a controller for $25 on Amazon US.

Playing games on the Mega Sg

As with the Super Nt that was based on Nintendo’s classic systems, the Mega Sg isn’t running an emulator, but instead features an FPGA hardware component that’s been engineered in-house to run cartridges exactly like Sega consoles.

That makes for lag-free gameplay, crisp graphics in 1080p, and crystal-clear 48KHz 16 bit stereo sound. It’s really as good as these games can get on a modern home entertainment setup.

I had a blast trying out several titles, including Lion King II, Road Rash, and Ms. Pac-Man. In case your recollection is hazy, I’d like to remind you that some of these games are awfully difficult – particularly with no options to save your progress.

I also tried and failed several times to beat Ultracore, the 1994 side-scrolling platformer (formerly known as Hardcore) that’s included in the Mega Sg’s OS so you can play without a cartridge.

The system also offers options to tweak video output – like adding scanlines and adjusting on-screen scaling – to get your games to look like they did on your old CRT TV. They’re fun to mess with, but I enjoyed playing without any of these turned on.

Having tried the Super Nt last year, I had no doubt that the Mega Sg would work as advertised. But after I had everything set up and began mashing buttons on the 8bitdo controller with its familiar keypress feel, the memories came flooding back. It’s hard to put a price on that.

The Mega Sg is a fitting tribute to Sega’s legacy of excellent gaming gear and software. If you want to relive your childhood days of slaying monsters and beating up bad guys, or are looking for a way to share those experiences with your friends and family, this is a great way to go.

That said, this is aimed at collectors and people who are happy to invest in this. The Mega Sg requires cartridges to play, so you’ll either need to dig up your old ones out of the attic, or pick some up from eBay and Goodwill stores. You might also have some luck shopping at JJ Games’ online store, which has a large collection of Genesis cartridges, but I haven’t tried it yet and can’t speak to its level of service.

It’s also a bit pricey, considering it’s exclusively for retro games. The Mega Sg will set you back by $190 for the console; you’ll need to shell out extra for controllers and cartridges. That’s only a bit less than a new Xbox One S.

So while it’s not exactly an impulse buy, it is a fantastic product that’s sure to delight fans of Sega’s classic games. Find it on Analogue’s site at $190 in four colorways; 8bitdo controllers are available on Amazon US at $25 a pop.