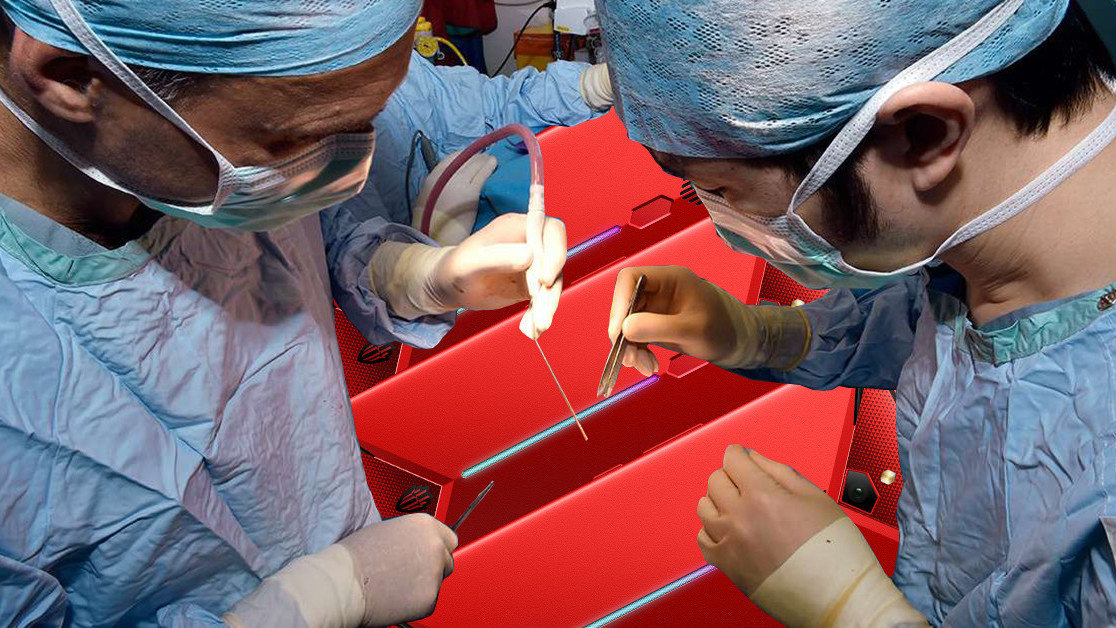 It was only a matter of time, but it’s finally happened: yes, you got that right, someone’s put a PC-style cooling fan inside a phone. Say hello everyone to the Nubia Red Magic 3 – a phone so gamer-centric, it just threatened to teabag your dad.

I mean, just look at this thing:

Gaming phones have picked up steam of late, with devices from ASUS. Razer, and Honor being the most prominent. The Nubia Red Magic 3 wants to upset this balance though and take the industry to a new place – whether it’s going to achieve that or not is… debatable.

Let’s start the specs. They aren’t anything too out of this world, with many flagship phones packing similar beef beneath the hood:

Yep. Nothing there really mind-blowing (although I do like the option for 12GB of RAM, which doubles the starter amount, and the rather large battery). Apart from two things: it can record video in 8K and has an in-built temperature control that marks the phone out.

Supposedly, the Red Magic 3 can shoot in 8K and up to 1920 fps (frames-per-second), which is pretty incredible. I would like to see this in action before passing judgement though.

But, onto the other talking point: the Nubia Red Magic 3’s temperature control, which uses both a liquid cooling system and an internal fan. According to the company, this increases “effective heat transfer by 500 percent.”

Hopefully, this is actually true, because it could be useful. When I tested the ASUS ROG phone, it got hot fast. In order to cool it down, ASUS included a fan attachment that slots on the back of the device. This isn’t a bad thing per se, but it does make game sessions that little bit fiddler. A built-in system like the Red Magic 3 could be an elegant solution to this.

Thing is, I still have my reservations about gaming phones. I’ve written before how they seem like a niche product that’ll struggle to reach a mainstream audience. Most flagship phones offer decent performance, and one would assume most people – including avid gamers – would prefer to have a phone that just works well, rather than something geared towards games. That’s especially true when the mobile game market veers towards addictive, casual titles, rather than more in-depth experiences you can find on other platforms.

Still, considering the rising number of souped-up gaming phones in the world, maybe these companies know something we don’t. There could be a serious hunger for them. Plus, with the Nubia likely to be at a lower price point than comparable devices (the Red Magic Mars starts at $399 and has comparable specs, so I expect the Red Magic 3 might in the same ball park, while ASUS’ ROG phone costs almost a thousand dollars), it could work as a secondary handset for people.

The issue with this is that the cost of the phone will rise very quickly if you add on more RAM and storage, which could end up making it the same price as its competitors. Only time will tell.

The Nubia Red Magic 3 is out in China on May 3, and will be released in the US, Canada, and Europe later in the month. Pricing is still to be announced.