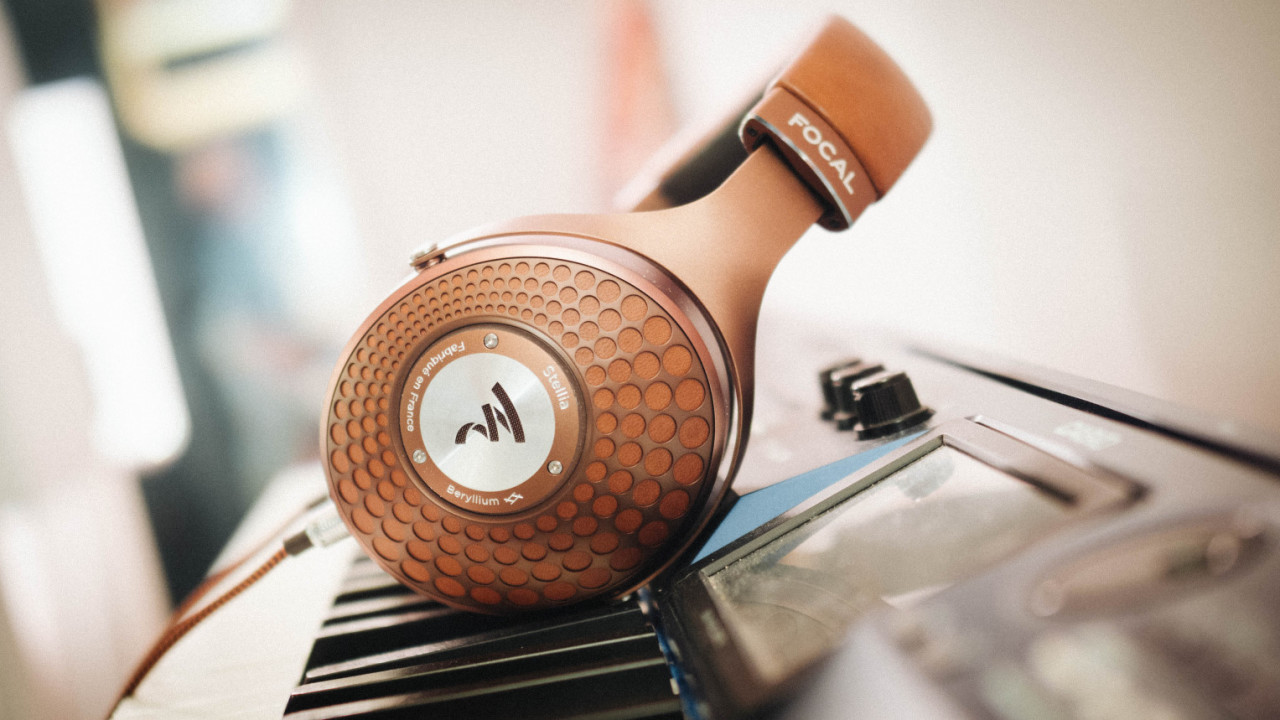 I haven’t heard every closed-back headphone on the market, but I’ve heard more than most people. The Focal Stellia is the most expensive one I’ve tried yet, so it’s a good thing it makes a serious case for becoming my favorite. At least, it might be the best full-size headphone I’ve heard that you could feasibly bring on your commute, aboard an airplane, or to the gym – assuming you don’t mind risking your $2,999 headphones.

As you might know, the very best headphones traditionally feature an open back design that lets ambient noise in and leaks your music out. Most people use closed headphones because they’re more practical, but open headphones minimize reflections and resonances that negatively affect sound quality. Flagship headphones from Sennheiser, Audeze, Beyerdynamic, Hifiman, Focal, and most others have generally been open-back for this reason.

Recently though, there’s been a significant surge in premium closed headphones, because it turns out audiophiles like listening to their music privately too. Flagships like Sennheiser’s HD820, Denon’s D9200, and Sony’s Z1R have all showed up in the past few years to compete in a space traditionally held by open headphones. Now you can add the Focal Stellia to that list.

The Stellia came as something of a surprise. It was just in December that I’d reviewed Focal’s Elegia ($899), the company’s first premium closed-back headphone; I didn’t expect it to come out with an even fancier model quite so soon.

I’m glad it did. The Stellia is second only to Focal’s open-back Utopia in price ($3,999 at launch, around $2,999 now), borrowing from it a beryllium driver that is among the most revealing on the market. But the Stellia’s tuning and design make it my favorite of any of the company’s headphones.

Aesthetically, the Stellia is stunning. I realize the ‘cognac and mocha’ leather combination isn’t to everyone’s taste, but I’m just glad it’s not another boring black headphone. Wearing the Stellia on the go is far less likely to be a fashion faux pas than most of its utilitarian competition; it actually looks nice with a navy blazer. It feels worth its price too, with cushiony pads and a metal frame that exudes class. There’ also a slightly iridescent sheen to the logos on the earcup – a nice touch.

I had no trouble wearing the headphones for hours, and the Stellia do a better job of blocking outside noise than any premium closed-back headphone I’ve tried other than Sony’s Z1R and Z7M2. While it’s larger than many mainstream headphones, the Stellia’s isolation, comfort, and design make more suitable for use on the go that its competition. My only qualm is the annoyingly stiff cable (also a problem on the Elegia).

Contributing to the Stellia’s portability is its high sensitivity (106dB) and low impedance (35 Ohm). These numbers basically mean the Stellia should be able to perform loudly enough from pretty much any smartphone or laptop. A better source will help, of course – I used Fiio’s excellent K3 DAC/Amp for most of my testing – but the difference is small compared to less sensitive headphones.

Let’s get to the meat of it: The Stellia’s sound is sublime, and its tonal balance and timbre are particularly superb. Focal’s Clear has long been my reference for ‘transparency’ – that is, a headphone that seems to impart no extraneous color to the sound – but the Stellia just about matches it. That’s no easy feat for a closed-back headphone. Moreover, I find it easier to pick up fine detail with the Stellia, coming close to what I recall from the Utopia (although take that with a grain of salt, because audio memory is unreliable).

Compared to its closed-back sibling, the Elegia, the performance boost is apparent. I had mixed feelings about the Elegia; it was more transparent than most closed-back headphones, but I found it brighter and tamer in the bass than I’d like. It was good for acoustic tracks but not my choice for mainstream music or some orchestral performances. No such issues with the Stellia. Bass hits hard, with the crispness and dynamics Focal is known for, without detrimentally coloring the mids or highs.

A quick look at frequency response measurements I’ve made for both headphones confirms what I’m hearing. My test rig isn’t an industry-standard tool, so it misrepresents some aspects of the sound (particularly in the treble), but it’s useful for measuring differences between other headphones I’ve tested. You can see here the Stellia’s significantly increased bass relative to the Elegia, although this graph kind of makes the Stellia look like a bass monster, which it’s certainly not. The rest of the frequency range, however, is notably similar:

The same story can be seen against the Clear. It seems Focal has something of a house sound, but the Stellia is certainly the most bassy of the company’s premium headphones:

The extra bass is a good thing. The Stellia seems to take the best of Focal’s previous headphones, but adds extra oomph to the low end that the rest of the company’s products have been missing. It has detail approaching the Utopia, tonal balance akin to the Clear, and the deep sub-bass extension and isolation of the Elegia. To these, it adds mid-bass energy that makes it much more suitable for modern music than any of Focal’s other cans, without being so forward as to overwhelm the other frequencies. The mids remain perfectly placed in the mix, and the highs sparkle without tending to harshness as the Elegia and Utopia sometimes could.

Comparing the Stellia to some other premium closed headphones, Denon’s D9200 goes on par for detail, but the Stellia is easier to listen to (the D9200’s highs sometimes border on harsh) and significantly more comfortable. Sony’s MDR-Z7M2 has a great tonal balance, but it can’t quite match the Stellia for dynamic oomph, and feels a little more sluggish on the low end. The Sennheiser’s HD820 has a far superior soundstage, but like the Elegia, it has a bit of a hollow sound in the mid-bass. It’s also not nearly as portable.

The Stellia just gets so many things right that the narrow soundstage sticks out prominently. While most manufacturers seem to prioritize an expansive soundstage on their high-end products, Focal doesn’t seem to particularly care. My theory is that since Focal is traditionally a speaker company, it doesn’t try to make its headphones sound larger than they really are.

Instead, the Stellia provides pinpoint imaging and layering, letting you pick out individual instruments in busy tracks with relative ease. And though its presentation isn’t particularly wide, it still manages to sound surprisingly open. Just don’t expect it to compete with a soundstage king like Sennheiser’s HD820, let alone open-back headphones from other brands.

I can’t tell you to spend $3,000 on a pair of headphones, but I assume that if you’ve read this far, you’re either window shopping or are willing to spend the big bucks. What I can say is that – price and subjective tastes aside – the Stellia is a worthy contender for the title of best closed-back headphone; the fact that it’s so practical to use on the go is just a nice bonus. You’ll have to forgive the obvious pun, but the Stellia is simply a stellar pair of headphones.