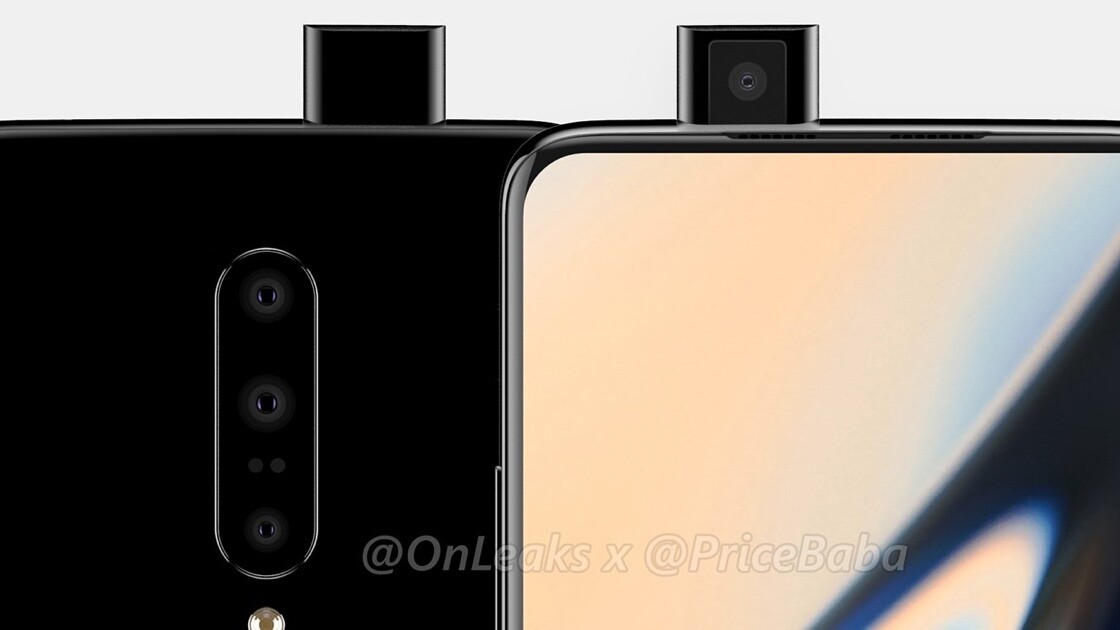 We’ve already seen flagship phone launches with the Samsung Galaxy S10 and the Huawei P30 Pro. So, now it’s time to turn our attention to the OnePlus 7.

The company already told us last year that its next device will be one of the first to use Qualcomm’s latest Snapdragon 855 processor. Last October, OnePlus also hinted that it’ll launch a 5G-enabled phone in 2019. That’s not telling us much though – so let’s take a look at the latest leaks and rumors to paint the whole picture.

In March, Pricebaba published renders of the OnePlus 7 in partnership with OnLeaks, showing off a pop-up selfie camera and a triple rear-camera setup.

While the OnePlus 7 will sport a 6.4-inch screen with a teardrop notch, the Pro variant will get a 6.67–inch display without a notch, and a pop-up selfie camera. The Pro version will also have a triple camera on the rear, while the OnePlus 7 will have a standard dual-camera setup with a 48-megapixel primary sensor.

In another leak, Android Central noted that the OnePlus 7 Pro will feature a Quad HD+ display with a 90Hz refresh rate. While Asus and Razer have featured 90Hz and 120Hz displays in their gaming phones, OnePlus‘ next device will be the first mainstream phone to bring such displays to the masses.

Plus, it might offer a 4,000 mAh battery with support for 30W warp charger. As expected, the handset will also come with stereo speakers for a better audio experience.

With this in mind, it looks like the OnePlus 7 will be an incremental update to its 6T predecessor, with a similar price tag. And if the rumors are true, the OnePlus 7 Pro will be taking on competitors like Samsung’s S10 lineup and Apple’s iPhone. We’ll have to wait and see if OnePlus is truly ready to play with the big boys.