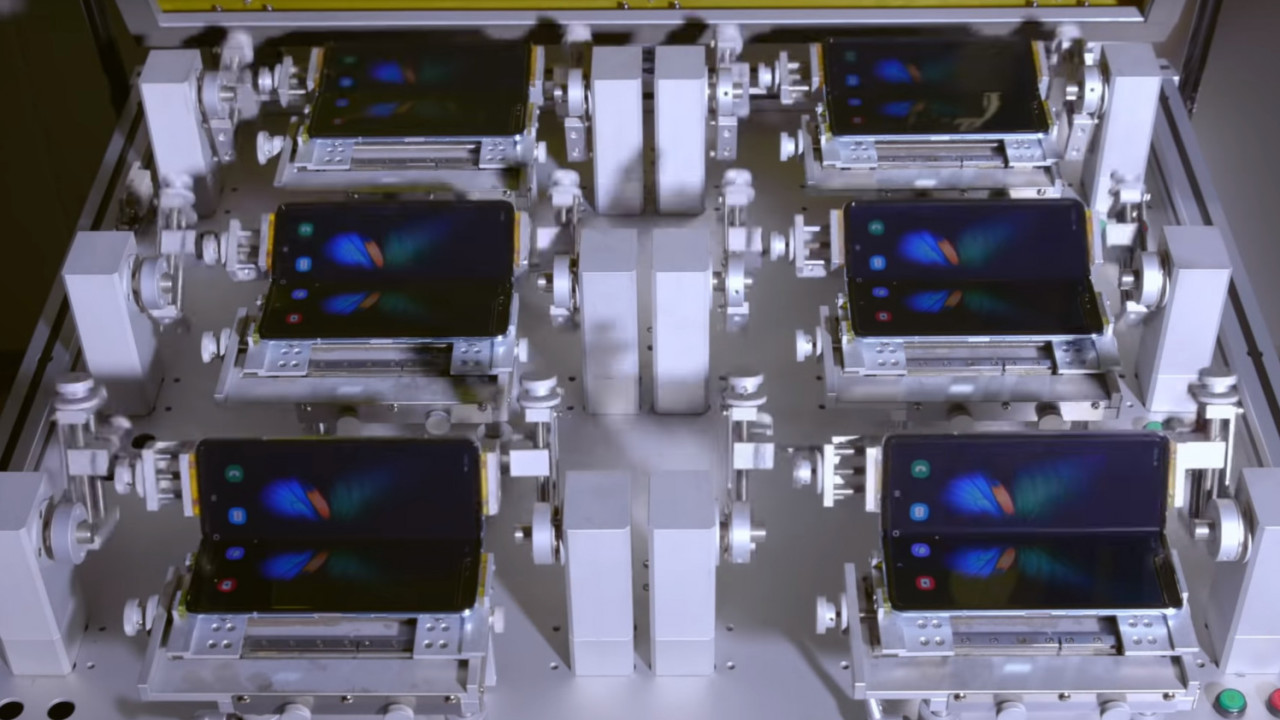 In case you haven’t heard, Samsung is working on a bendable phone. Since it first entered the fold (pun intended), we’ve wondered one thing: will folding the device over and over again show on the display? After all, things that fold tend to form creases, and as cool as a bendable display is, no one wants to use one with a giant damaged vertical strip running through the center.

Fear not, says Samsung, for it turns out they’ve folded the Galaxy Fold a few times before. Or a lot. As in 200,000 times per test device. The company shared a short video of the test, though there’s not much to it other than looking like the smartphone version of a Zumba class.

The company says its test is meant to ensure the device can survive around five years of use, if used 100 times a day – the test takes a week to complete.  It would’ve been nice if Samsung actually showed us what the phone looked like after 200,000 folds – it’s not clear where in the process the phones in the video are. But it at least means Samsung thinks the phone is usable after that many folds. That’s something.

Of course, we won’t know the truth of it until these phones have been on the market for some time, but it’s nice of Samsung giving people a little piece of mind before they plop $1,980 on newfangled technology.