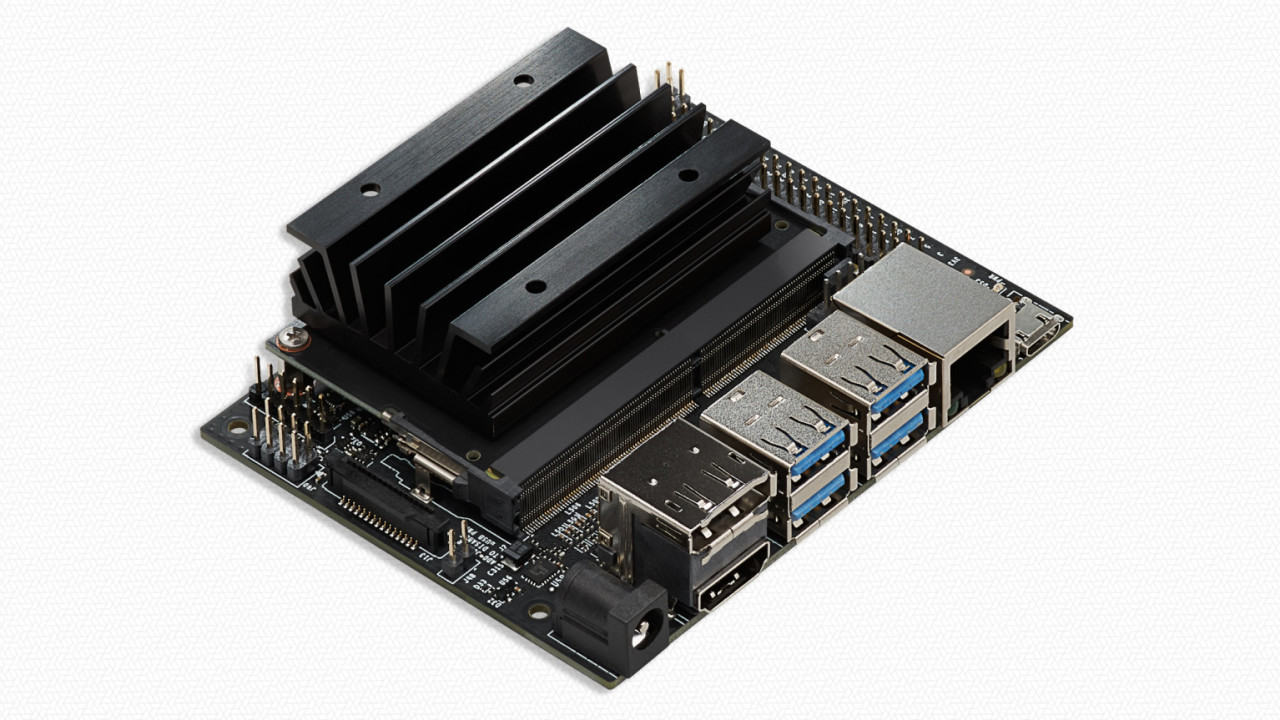 Nvidia has just released a $99 pocket-sized computer named the Jetson Nano, targeted towards “embedded designers, researchers, and DIY makers” who want to tinker with a system for offline AI development.

The developer kit is powered by a 64-bit quad-core ARM processor, and a 128-core Nvidia Maxwell GPU with 4GB of RAM to deliver processing speeds up to 472 Gflops. It hosts a bunch of ports like USB-A 3.0, HDMI, DisplayPort, and ethernet to plug in external hardware devices like camera modules and displays, and connect to the internet.

The computer can run Linux out of the box, and supports popular machine learning platforms likeTensorFlow, PyTorch, Caffe, Keras, and MXNet, along with frameworks for vision and robotics development like OpenCV and ROS. This means that developers can use the Jetson Nano for video analytics with up to eight simultaneous HD streams – ideal for a small security camera setup.

The company also showed off a $250 model robot named the Jetbot, powered by the kit; the idea is to showcase the computer’s ability to aid in robotics application development, in addition to its AI chops.

You can buy the developer kit for $99 through Nvidia’s distributor network now, or wait till June to get the $129 production-ready version.

However, Nvidia’s not the only company with pocket-sized AI computers out there. Intel makes the Neural Compute Stick 2 for less than $100 a pop, and Google sells a dev board and a USB stick under its Coral brand, priced at $149 and $75 respectively.

You can learn more about the Jetson Nano computer here, and check out Nvidia’s GitHub repository to get started on your own projects.