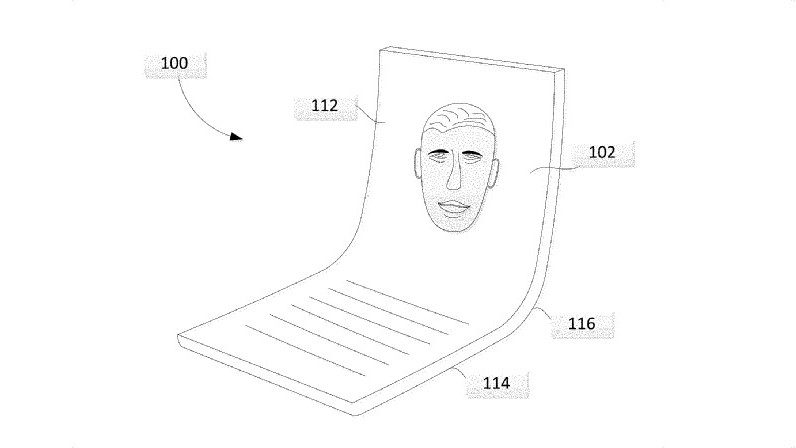 Foldable phones are certainly the talk of the town this year. We’ve already seen devices from companies like Samsung and Huawei, and teasers from Xiaomi and Oppo. But all these phones are rather large, and are essentially designed to replace tablets. What about people who like smaller handsets? Well, a new patent filed by Google indicates the company might have something in store for fans of pocketable devices.

The patent, first spotted by Patently Mobile, suggests that the company might be working on a folding phone with a single screen. What’s interesting is that the patent describes two methods of folding: a single fold that transforms the device into a clamshell, and a Z-fold that allows you to bend the phone at two places as shown in the diagram below.

Google’s patent states that it’s challenging to construct a durable display that folds at two places:

In particular, creating sturdy, durable Z-fold displays (i.e., displays with both inward and outward folds) is greatly complicated by the fragility of the thin-film layers in the display stack.

The search giant’s not the only one trying to make a small foldable phone. Earlier this year, we saw reports noting that Motorola’s working on a foldable version of the famed Razr phone. The patent filed by the company indicated it was working on a flip phone.

While most companies are focused on making a big foldable, it’s nice to see that some companies are considering a compact form factor for this category. At the moment, we can’t surely say that Google‘s ever going to make the device described in the patent, but I really hope that they make an attempt. Pixel Fold, anyone?