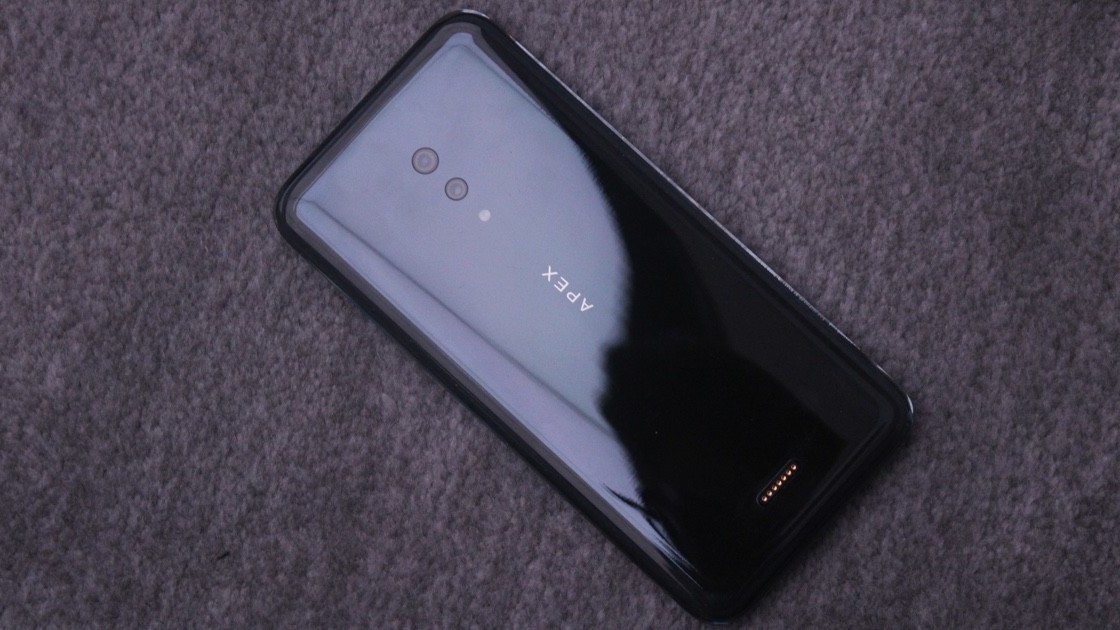 Last year, Chinese phone maker Vivo began showing off its concept devices to the press before injecting some of those handsets’ technologies and features into market-ready models. That helps the company showcase its capabilities in the smartphone arena, and also gauge consumer interest in its ideas.

In 2018, it revealed its Apex concept, which included a pop-up selfie camera, and a completely bezel-less display. We later saw those features in phones like the Vivo Nex and the V15 Pro. This year’s concept phone – the Apex 2019 – shows off a full-display fingerprint sensor, a unibody glass design with no holes, buttons or ports, and 5G connectivity, making for an impressive package.

In the limited time I spent with the device at an event in Hong Kong, the full-display fingerprint sensor was the most exciting thing for me. It’s basically the best example of this technology I’ve seen on any phone, because it’s finally as convenient and easy to use as a traditional fingerprint sensor.

It hardly took seconds to register a fingerprint, and after that, I was able to unlock the phone by placing my finger literally anywhere on the screen. The optical fingerprint sensor is almost as fast as capacitive sensors, and faster than other biometric technologies like Samsung’s iris scanner. I didn’t have to apply too much pressure to unlock the device either. That’s a great improvement over last year’s implementation, and I’d love to see this in more phones in the future.

What’s more, you can use two fingers simultaneously with Vivo‘s two-finger authentication mode for added security. It’s a neat feature that should make it more difficult for people to gain access to your device, since it’ll be tougher to replicate or spoof fingerprints for two fingers than just one.

During the event, Vivo went into detail about how it engineered the phone’s entire frame from a single slab of glass; it takes a special process to bend the glass around the corners. Because of it’s hole-less and portless design, the device looks sleek, but you’d have to slap a case on it to ensure it doesn’t break within a week of use.

The company said the phone has passed Vivo‘s internal tests for water resistance. However, opting for this design meant that the company had to leave out a lot of traditional smartphone features.

First, there are no physical buttons. Instead, the Apex has a bunch of pressure sensors and capacitive buttons on the sides for power and volume buttons. While on-screen indicators helped me locate these buttons, it took me a while to get used to them. Naturally, this arrangement might not suit everyone.

Second, there’s no port to charge the phone. Instead, it uses a proprietary magnetic connector for charging, which doubles up as a data transfer cable. Strangely, there’s no support for wireless charging.

The device uses an e-SIM for network connectivity, and an exciter unit under the screen to make it act like an earpiece – a technology that the company used in the Vivo Nex as well.

This year, to push the boundaries of design, the company’s removed the Apex’ speaker grilles, and is relying on vibration motors in its body to emit sound out through its rear panel.

This actually works well. During my time with the device, I noticed that the sound coming out of the back of the phone was better than a lot of bottom firing speakers on other phones. The product team said this is its first attempt, and it’s working on improving the audio quality too.

Vivo has left out the front camera altoghether for this one. With its previous devices, the company included pop-up cameras and dual displays to allow for easy selfies without having to cut a notch into the front screen. So, unless you can figure out a way to use the device’s shiny back to help you pose for a picture, no selfies for you.

Vivo’s made this device to show off what the company’s engineering and design team can do. While this particular model might not reach consumers, you can expect to see its notable features make their way into future handsets from the company. Go ahead, Vivo, make my day with a full-display fingerprint sensor.