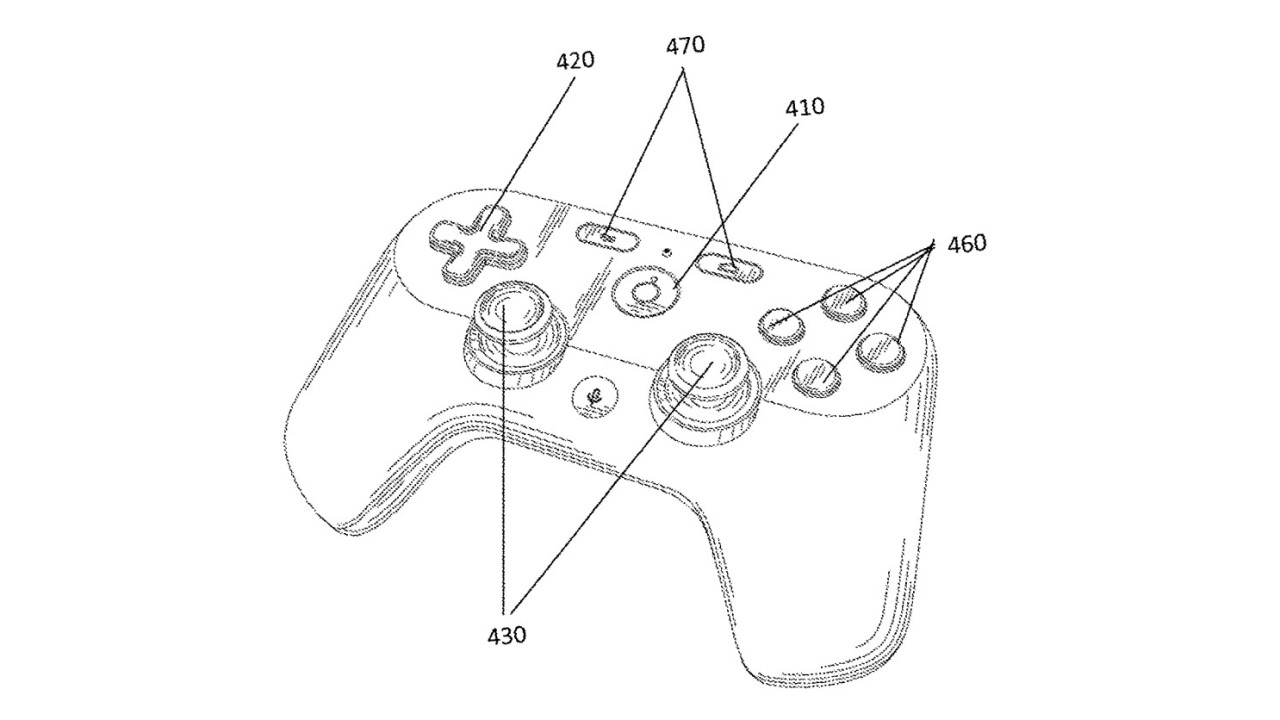 Last June, we learned that Google reportedly had some hardware in the works for its upcoming game streaming service. The company’s since run a trial of what it’s calling Project Stream, and Yanko Design has discovered a patent published a little over a month ago detailing a controller that Google designed; it could give us some clues about what it has in store for gamers.

First outlined in 2014, the gamepad mostly resembles others on the market, with analog sticks, a D-pad, and the usual outlay of buttons on the front and shoulders. But dig into the details, and you’ll learn that Google has some interesting ideas – like building in support for the controller to audibly alert you about invitations to games and chats, and the ability to launch the game or app in question on a device near you.

The patent mentions remotely firing up games on TVs and tablets, depending on what’s available to use when you respond to a notification. In addition, the controller could also store account settings and preferences, so registered users could pick it up and start gaming the way they like.

Of course, this is just a patent, so it’s entirely possible that the controller detailed here may never actually see the light of day. But it’s interesting to see what Google‘s had in mind for gaming.

It also remains to be seen if this will at all fit into the company’s Project Stream plans. When Google trialed its service through the end of 2018 and closed it in January, it had players run the service via Chrome on Windows, macOS, Linux, and ChromeOS systems to play Assassin’s Creed: Odyssey. There wasn’t any need for a custom controller at the time, as mouse-and-keyboard combos, as well as controllers from Microsoft and Sony were supported. You also didn’t need to worry about notifications from multiple apps and games, since only one title was available then.

A dedicated controller for Project Stream could certainly make sense for people who haven’t yet invested in other gaming hardware, and are waiting to dip their toes into games without having to rely on a high-end setup.

It could also nicely round out the company’s range of connected gadgets for the home. Google’s current lineup of smart speakers, displays and streaming dongles are great for passive entertainment like playing music and streaming video. The controller could help add gaming to the mix, in a more flexible manner than Android TV-based gear.

It’s an interesting time for wannabe gamers, as several major tech firms, including Amazon, Microsoft, Nvidia, and Electronic Arts, are working on game streaming platforms. With trials already underway, it may not be long before we all get a taste of cloud-based AAA gaming with whatever gadgets we have on hand.