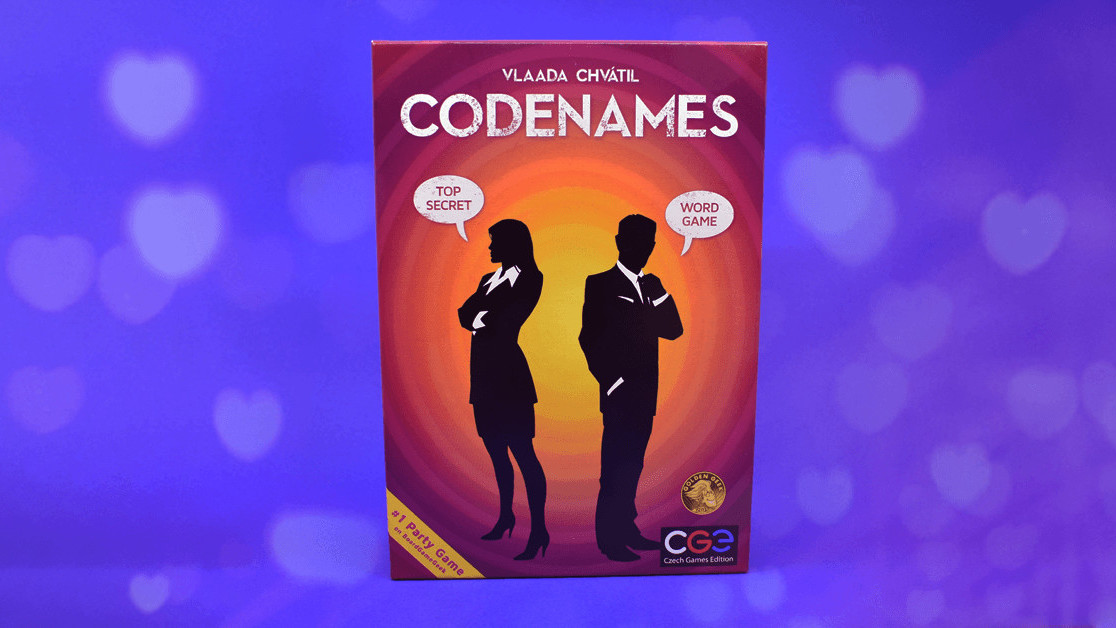 I’m not sure when it happened, but board games are cool again. Yeah, we all liked Cluedo as kids, but when you hit puberty the idea of staring at the Scrabble board, massaging your temples, and desperately trying to think of something better than a three-letter word doesn’t sound great. Hell, you’d rather be in the park, drinking strong white cider, and attempting to clumsily fondle the genitalia of someone you’re freakishly into, but now wouldn’t recognize if you passed them in the street.

At some point though, that gets boring. Well, okay, not boring per se, but at least less exciting than when you were fifteen. And definitely less ‘adult.’

Maybe then this increased interest in board games is due to us ageing and wanting to invoke and relive the innocent joy we had as kids; the exact same feeling we tried to flee as teenagers.

Or, maybe, just maybe, board games are fucking dope.

I don’t know, I’m neither a scientist nor your dad. One thing I do know is that Codenames is brilliant and I love it and you will too.

So, as is the case with the “Love letter to…” series, we need to get into some history. Wait, don’t run – this’ll be fun, probably.

Fine, give me the context.

I’ve been into board games for a while, but my recent move to Amsterdam has stoked this further. Moving to a new country and making decent mates isn’t easy. Yeah, hitting the pub, catching movies, and brunch (*sigh*) are all good, but playing board games with people is better.

Not only do they combine perfectly with the holy trinity of drinking, listening to music, and eating, you get to know people.

That type of knowing.

Anyway, back to Codenames. Just before Christmas my girlfriend and I organized a small board games session at a local bar. It turned out a few people were bringing friends, meaning around ten folks were turning up. The majority of titles are suitable for around four players, so I headed to the shop, looked through the games, browsed some reviews and settled on one: Codenames.

And you know what? It’s been one of my best purchases.

Okay then – but tell me how ‘Codenames’ works.

It’s joyously simple, but – as with most board games – it sounds more complex than it is. Simply put, it’s a clue-based word-guessing game. First off, players split into two teams, red and blue. From each one of these teams a ‘spymaster’ is selected. These are the individuals who will give the clues.

A 5×5 grid of 25 word cards are laid out in front of everyone. The spymasters have a keycard with a grid on that corresponds to the cards on the table, the other players cannot see it. This keycard is effectively a map of the board, with each team either having a number of cards they need to catch.

The job of the spymaster is to give one-word clues that cover as many of these assigned words as possible. For example, there might be cards of your color that say “Fox,” and “Coat,” so you could give the clue “fur.” There are a few more intricacies to the rules, but there’s no need to explain them here. What’s important is that within five minutes of laying out the cards, everyone around the table understood the game and could get involved.

The spymaster has the hardest role, as giving clues is much tougher than it sounds. The rest of the players, on the other hand, have a far easier time. This is one of the many positives of Codenames. While the spymaster is selecting their clue, it leaves the rest of the players free to mill and chat – perfect for people who are averse to intense games, as they can basically drop in and out.

Anyone who wants a party-style board game. It’s that simple.

Since that fateful afternoon, I’ve played Codenames in a variety of settings. With close family, non-board game loving friends, work colleagues, and more. Each and every time I’ve played, people have (seemingly) enjoyed it.

Is Codenames flawless? Well, it depends on what you mean by that. It’s a simple, word-based game suitable for all kinds of people. If you’re into complex titles and hate wordplay, this isn’t for you. But, Codenames is perfect at being an easy-to-play, fun game. And, in my opinion, you need it in your board game arsenal.

It’s almost as good as drinking in the park. Almost.