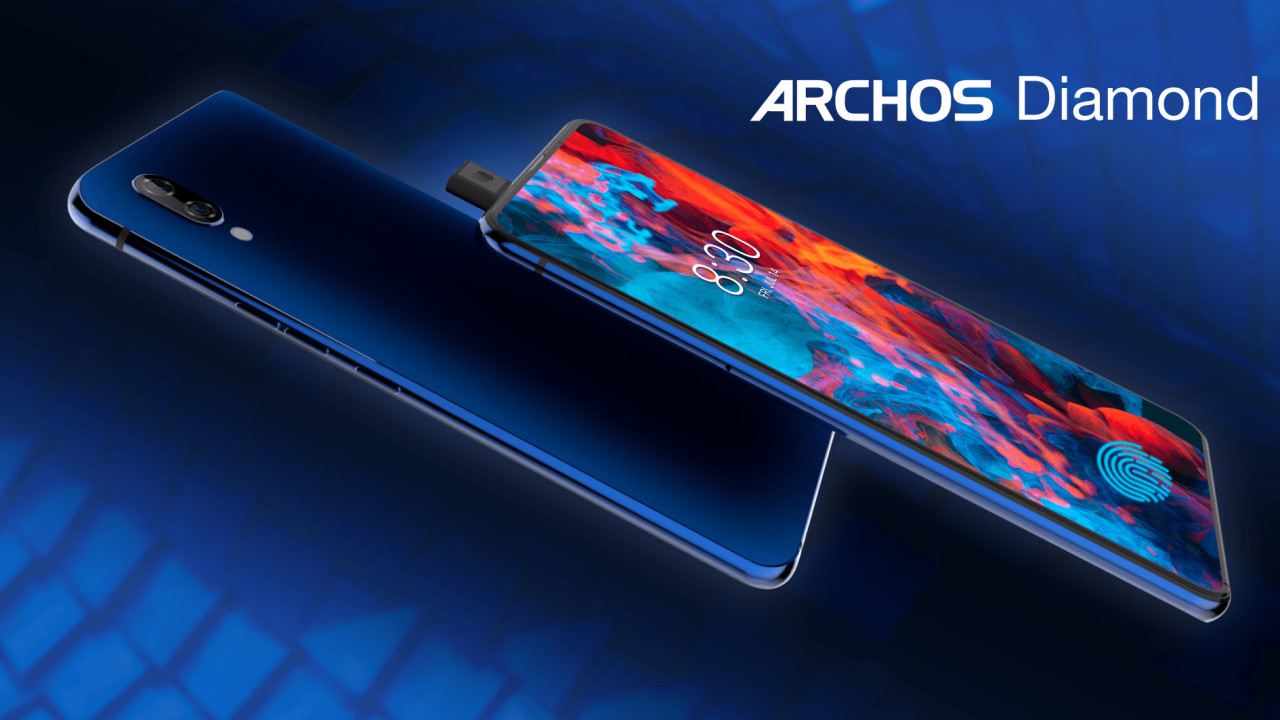 A good few months ago, TNW was utterly mesmerized by the Vivo Nex phone. This all-body handset concealed its selfie camera with an unusual pop-out mechanical mechanism. Although it didn’t make its way to the west, it was an interesting glimpse of what a post-notch future looks like.

Why do I bring it up? Because MWC is around the corner, and French smartphone brand Archos is unveiling a phone that looks pretty bloody similar. Meet the Archos Diamond, which will retail at €300 when released.

The Archos Diamond apes the aesthetic of the Vivo Nex, including that quirky pop-up mechanism, but differs when it comes to internals.

For starters, it touts an octa-core MediaTek Helio P70 SoC. That’s not much of a surprise. MediaTek’s silicon is a perennial feature on low-end phones, largely because it’s quite a bit cheaper than Qualcomm’s offerings. The folks at Android Authority did a great write-up about why that is, if you’re curious, but it mostly boils down to slower development cycles and less modification.

In terms of RAM, the Archos Diamond ships with 4GB – which should be enough for most users, but 6GB would be preferable. It also boasts 128GB of storage, which is pretty generous for a phone in its price bracket. I’d have been content with just half of that.

It also comes with a 3,400mAh battery, which is charged by USB-C. This is welcome, given that the latest-and-greatest USB standard isn’t exactly common on entry-level phones. Our biggest frustration with the Honor 10 Lite was that it used old-school MicroUSB.

In terms of connectivity, there’s the usual combination of LTE, Bluetooth, Wi-Fi, and NFC. It also runs Android 9.0 Pie, which is nice, although with Android Q leering on the horizon, I’d be curious to know Archos’ update plans. In our experience, budget phones tend to be the last to receive software upgrades.

American punters probably aren’t too familiar with Archos. This French brand has been around for a while, but its success has largely been limited to the UK and continental Europe, where it’s built a name for itself thanks to its bargain-basement computers, phones, and tablets.

The Archos Diamond would be otherwise unremarkable, if not for two reasons: firstly, it’s interesting to see another pop-up phone camera. So far, only a few phone manufacturers have adopted this mechanism, including Vivo (who we mentioned earlier) and OPPO.

Furthermore, it’s further evidence that the notch, pioneered by Apple in 2017, is on its last legs. And why wouldn’t it be? As I’ve argued in the past, the notch was a fudge, allowing phone manufacturers to artificially boost screen real-estate without having to do anything especially radical – like introduce new mechanical components, or in the case of Samsung and Honor, develop complex punchhole displays. And anyway, rectangular screens are just better.

With bargain-basement manufacturers like Archos now offering all-body displays on even their cheapest devices, the notch truly is doomed. And with MWC days away, I wouldn’t be surprised to see other similar-looking devices showcased in Barcelona.