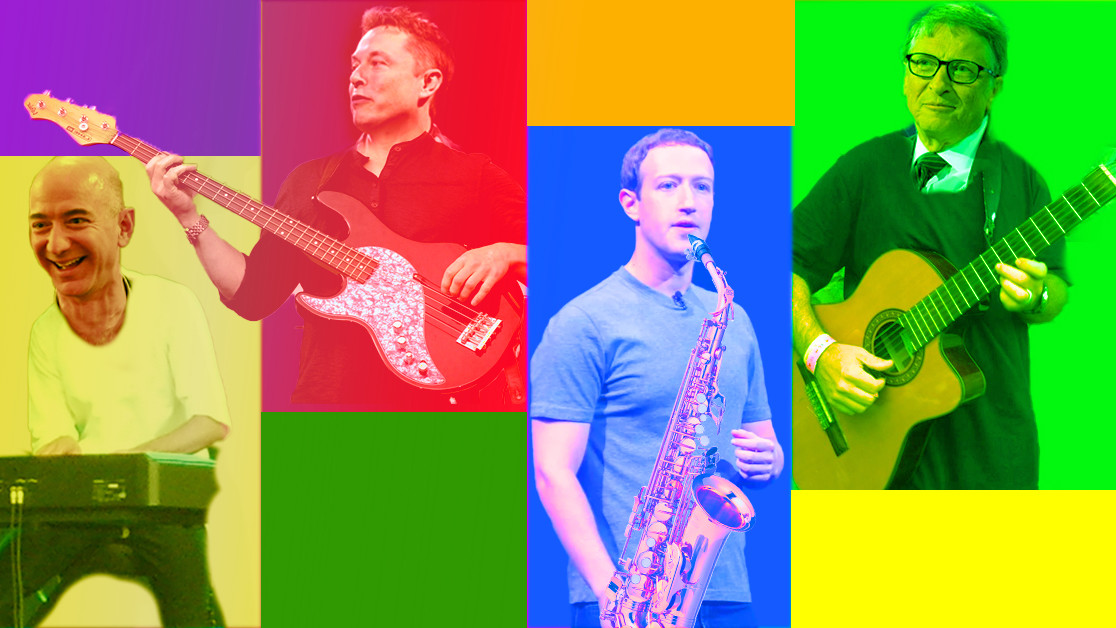 This is the second article in a series imploring STEM workers, students, and entrepreneurs to learn to create music. The first article explained why playing an instrument or producing music has many benefits beyond just those associated with listening to music. In this article, we’ll help you find the right instrument to get started.

Hopefully we’ve already convinced you to pick up a musical instrument and learn to play. If you’re not sure where to start, don’t worry: we’ve got that covered. It’s as easy as 1, 2, 3:

It doesn’t matter what instrument you start with. There’s no silly personality test you can take to determine which one is right for you. If you want a challenge, try learning to play the trombone in an apartment complex. Want something super simple? Get a kazoo. What is important, is that it’s the instrument you want to play.

Dr. Daniel Levitin, a neuroscientist, author of the book “This is Your Brain on Music,” and a musician, told TNW:

It’s important to choose an instrument that makes sounds that you like. Many people fall in love with the sound of specific instruments when they are children. That is a great motivator. There’s a story of Artur Rubenstein, the great pianist, who asked his parents for a piano when he was three. They didn’t want him playing a piano, and so they bought him a violin instead. He smashed it. They relented and bought him a piano.

The moral of that story is: pick a sound you like and get the instrument that makes it. And if your parents buy you a violin, smash it right in front of them. Even if you want to play violin — it’s important to establish dominance in these kinds of relationships or people will walk all over you (this may be bad advice, actually).

The good news is you don’t have to purchase a custom-built Fender Stratocaster or Roland’s top-of-the-line V-drums to get started. Just about any instrument you want to learn has an established path for beginners. And that means there’s always a relatively inexpensive option available to learn on. For the sake of brevity we’ll only be discussing a few types of instruments — mostly those associated with garage jam-bands — but what you play is up to you.

We suggest you start cheap. You can leap out of the gates and buy something gig-worthy if you want, but there’s nothing wrong with getting a beginner’s model when you’re a beginner. If money is no object then, by all means, buy a grand piano as your starter keyboard. Otherwise, figure out exactly how much you want to spend and research instruments in that range.

Cheaper than an Xbox

Guitars, basses, keyboards, and — to a lesser degree — drums, as well as most other traditional instruments can all be picked up for less than $250 if you’re willing to shop around a bit. Like any hobby, playing an instrument is exactly as expensive as you want it to be. If you’re truly frugal, you can make a cigar-box guitar or play a bucket. Just make some noise, it’ll relieve stress.

Also, don’t sleep on the bucket:

Here are a few recommendations to get you started, but you’ll want to research further based on your individual tastes.

None of these listed options cost more than $250. And with proper care, each should last years. But if you don’t like traditional instruments, there’s still something out there for you.

You might find beat machines or analog synth-patching more your style. And if you’re still not convinced, just imagine yourself sampling vinyl or playing the Theremini.

You can never go wrong with a Moog.

Music is for everyone. Those who have physical limitations preventing them from playing a traditional instrument have options today too. The Jamboxx, invented by Dave Whalen, is an example of an instrument designed so anyone, regardless of physical ability can play it.

And if we still haven’t found the dream instrument for you, fret not. We said we had a recommendation for everyone, and by the beard of Zakk Wylde we meant it. Because we saved the machine that lets you play actual freaking lightning for last. We give you Erica Synths and Gamechanger Audio’s Plasma Drive:

Once you’ve purchased your instrument, the road to mastery begins the same as every other journey: with a single step. You aren’t quite on your own, but it’s beyond the scope of a single article to discuss all the ways technology makes it easier than ever to learn a musical instrument.

We’ll take a closer look at learning apps such as Fender’s Play, and high-tech hardware from companies such as Moog, Erica Synths, Native Instruments, and Roland over the next few weeks. In the meantime we hope you’ll consider digging that old guitar out of your basement or trying your hand at programming a synthesizer sooner rather than later. Playing music is a proven effective method of lowering stress and anxiety. Dr. Levitin told us that as little as five minutes of practice a day can provide immediate mental and physical health benefits.

So here’s our challenge to you: replace 15 minutes of scrolling through news, social media, or gaming with practicing a musical instrument every other day. Science says you’ll feel better mentally and physically, and you’ll be in a better mood.

Jackie DeShannon sang that love was the only thing that there’s too little of, but we disagree. The world needs more musicians.