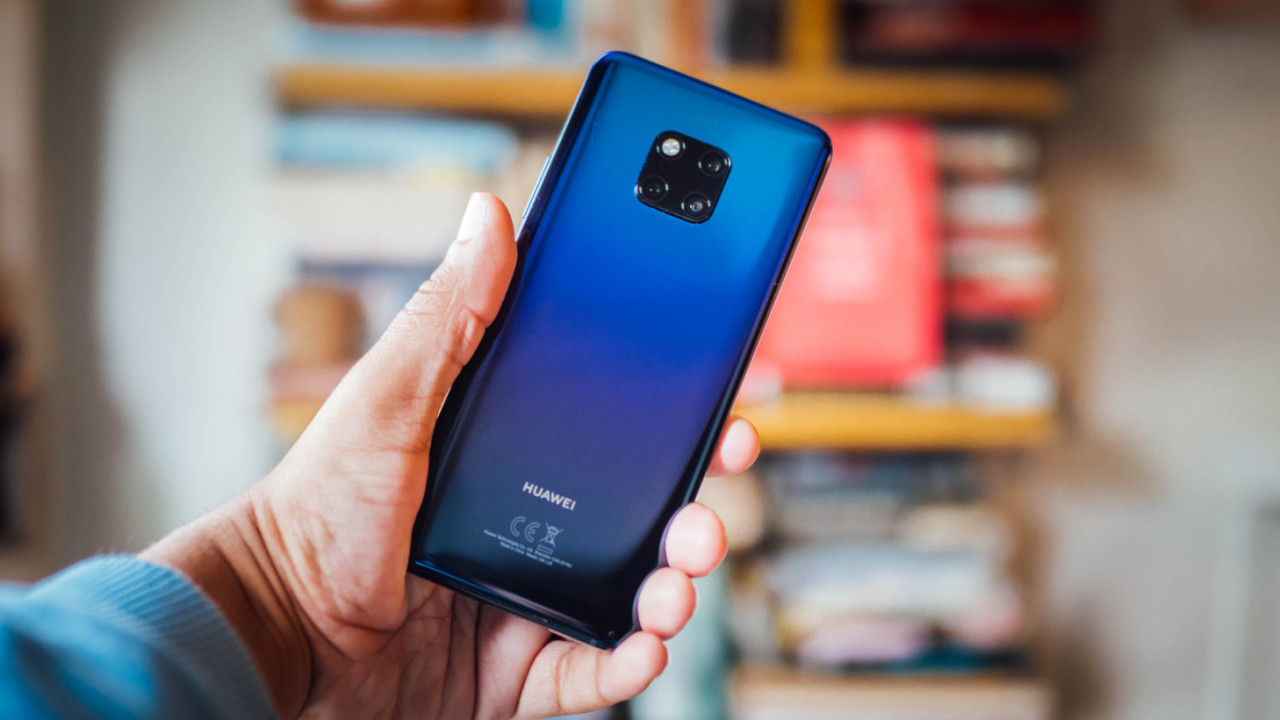 When I first laid my hands on Huawei’s Mate 20 Pro in October, I thought it was the most ambitious phone I’d seen in years. It checked off almost every feature you’d want in a 2018 phone: an in-display fingerprint reader, 3D facial identification, a triple-camera setup, a bezel-less screen, expandable storage, a gigantic battery, good design… the list goes on. It was a phone with everything but the kitchen sink (or, well, a headphone jack).

But I’ve been reviewing phones long enough to know the experience tends to dampen over time. The phone slows down, the camera isn’t actually all the great, or the battery starts draining rapidly.

I’m pleased to report the Mate 20 Pro is not one of those phones. Four months later, the Mate 20 Pro may sport a few scratches, but its initial sheen has yet to wear off.

Disclaimer: Yes, we know about the ongoing drama with Huawei and its, umm, ‘troubled‘ relationship with the US and other western countries. I’ll allow you to read up on that and come to your own conclusions, but for the purposes of this review, I’m treating the Mate 20 Pro like any other smartphone.

Again, it’s packed to the brim with features. No other phone on the market really comes close to Huawei‘s feature extravaganza, except perhaps Samsung’s Galaxy Note 9. Even then, the Mate 20 Pro’s combination of specifications is unique. Other than the missing headphone jack, this phone has the hardware to satisfy almost any power user.

Somehow Huawei managed to fit all of these features into a relatively svelte and attractive smartphone. Huawei started the trend of gradient-colored glass on smartphones, and the Mate 20 Pro continues that tradition to good effect, though I’m personally a fan of the grippier texture on the blue model. The Mate 20 Pro is a little thicker than most of its immediate competition, but the curved edges mean you hardly notice it. It feels every bit the premium phone. And I really dig the red power button.

Like any glass-sandwich phone not kept in a case, the Mate 20 Pro has accumulated its fair share of scratches. The grippier texture on the Blue model is supposed to mitigate that, but I haven’t spent much time with that model.

Rounding out the exterior, the display is good, although nothing remarkable for a flagship. It’s not quite as good as Samsung’s panels, but I doubt anyone will have major complaints. Huawei also lets you tweak the color balance in the phone settings, so you can adjust the screen to your liking.

The phone also has decent sound to accompany the screen. Huawei has a neat trick for its bottom speaker: it’s hidden within the USB-C port. The sound coming out of it won’t live up to Google or Samsung’s speakers, let alone Razer’s, but there’s a decent stereo image. You’ll just have to be a bit careful to not cover up the port with your palm.

Another neat trick: The Mate 20 Pro not only includes wireless charging, it includes reverse wireless charging, allowing you to top up a friend’s phone or other Qi-compatible gadgets. This may seem like a gimmick, but I honestly think it’s rather handy.

Say you’re having dinner with a friend whose phone is running low. You’re not going to fully charge their phone, but you could provide enough juice to power them through the rest of the night; I found myself in this situation a couple of times. It’s not something I used often, but when I did, I was grateful it was there.

Of course, it helps that Huawei includes a massive 4,200 mAh battery. That’s just about the largest battery we saw in a flagship last year, and it equated to the best battery life in a flagship. Getting seven to eight hours of screen on time was a common occurrence. In the four months I’ve used it, I can only recall depleting a full charge before the end of the day a couple of times during the initial testing period. When the battery did die on me, it was usually because I hadn’t bothered to charge overnight.

I’m similarly impressed with the phone’s software performance, although not particularly surprised. Despite Huawei‘s heavy skin and an abundance of added features, its phones have consistently delivered lasting long-term performance in my testing.

Since the Mate 10, Huawei has used AI to learn your usage habits to manage memory and CPU usage around it, preloading apps depending on what it expects you to open. The Mate 20 Pro is no different. The Kirin 980 felt fast from day one, and I have not experienced any significant slow down since.

I’ve long assumed that stock Android performs better in the long run, but after seeing the Pixel 2 and Pixel 3 slow down after months of use – slightly, but noticeably – I’m not so sure that’s a universal truth. To be fair, the Pixels have been my long-term daily drivers while the Huaweis have been secondary phones, but my experience has been that Huawei‘s long term performance is second only to OnePlus.

I do think Huawei should trim away some fat – the interface is a gaudy mishmash of iOS and Android elements, and there are too many duplicate apps. But at the same time, I appreciate many of the features not available on stock Android. I use the one-handed mode all the time, the built-in screen recorder is handy, and I like the ‘Twin apps’ function to run two instances of an app with separate accounts.

Another instance of Huawei having more features than it needs: biometric security. You get a Face ID-like form of facial recognition as well as an in-display fingerprint reader. It’s awesome to have the choice, but I realized it can actually slow you down to have both features enabled. There’s a split second of having to choose between touching your finger to your phone or angling the device to your face. It may not sound like much, but it’s just enough to make the experience feel a little clumsy.

So instead, I’d recommend you pick the method you prefer and stick to it. The facial recognition works super-well, but I gravitated towards the in-display fingerprint reader because I like being able to unlock my phone easily when it’s on a table. If you do stick to facial recognition keep in mind that by default, the phone makes you swipe up after the device has recognized your face. This also feels clumsy, but can thankfully be disabled from settings.

Then there’s the camera. The Mate 20 Pro has, bar none, the most advanced hardware on any smartphone camera. Its software is pretty darned good too.

Like the P20 Pro before it, the Mate 20 Pro has three lenses, but it swaps out the monochrome/low-light sensor for an ultra-wide-angle camera. This is a much more useful arrangement.

That makes it one of a handful of phones that can seamlessly switch between ultra-wide panoramas and telephoto shots. Coupled with the giant 40MP sensor, you can zoom in to an image about 5X while still maintaining sharp images. It’s the most versatile lens setup on any smartphone. LG’s V40 can almost compete on versatility, but suffers for having a much smaller primary sensor. 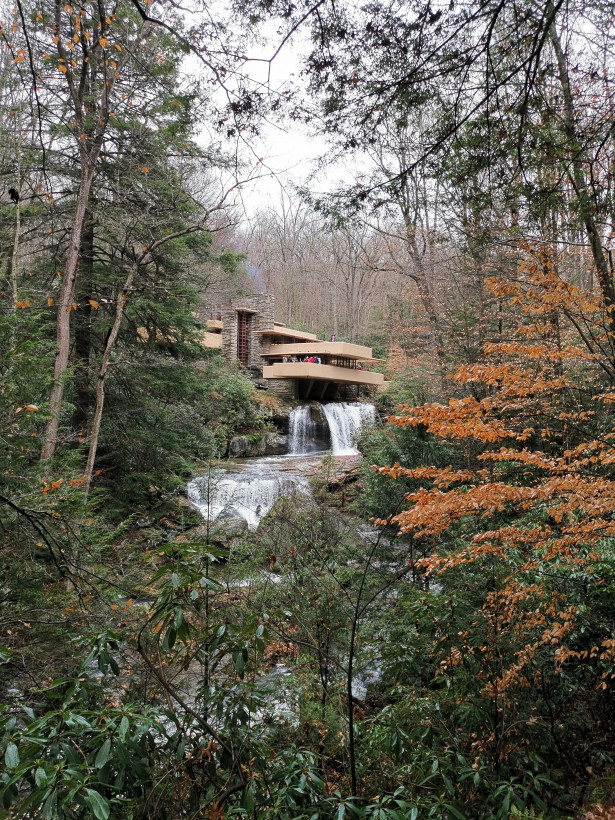 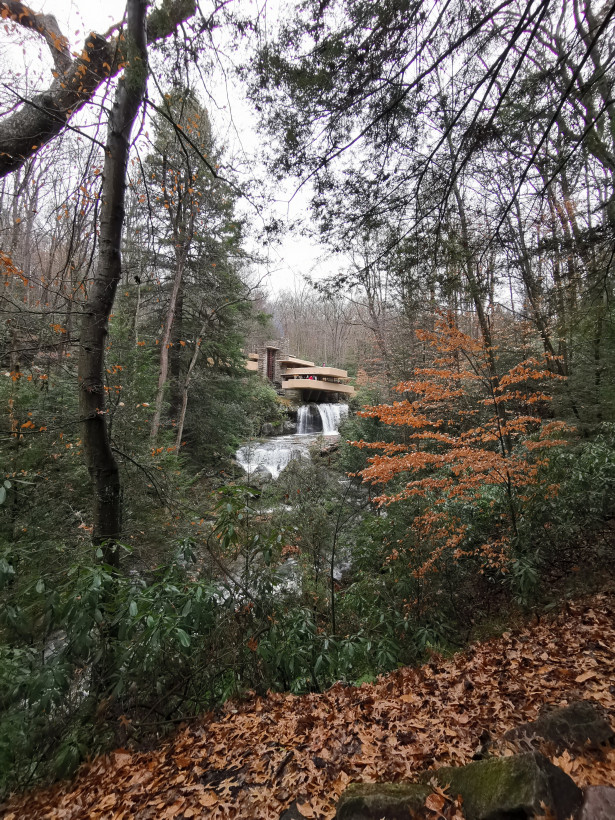 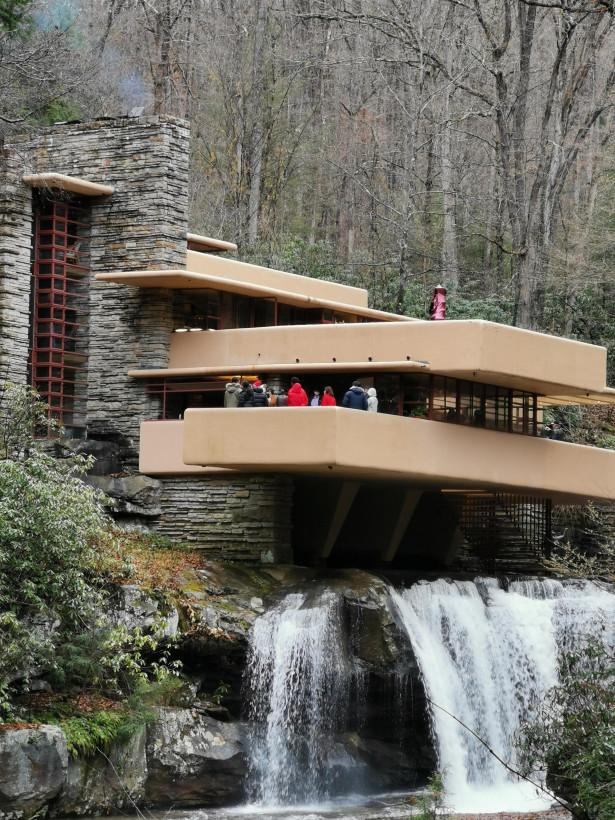 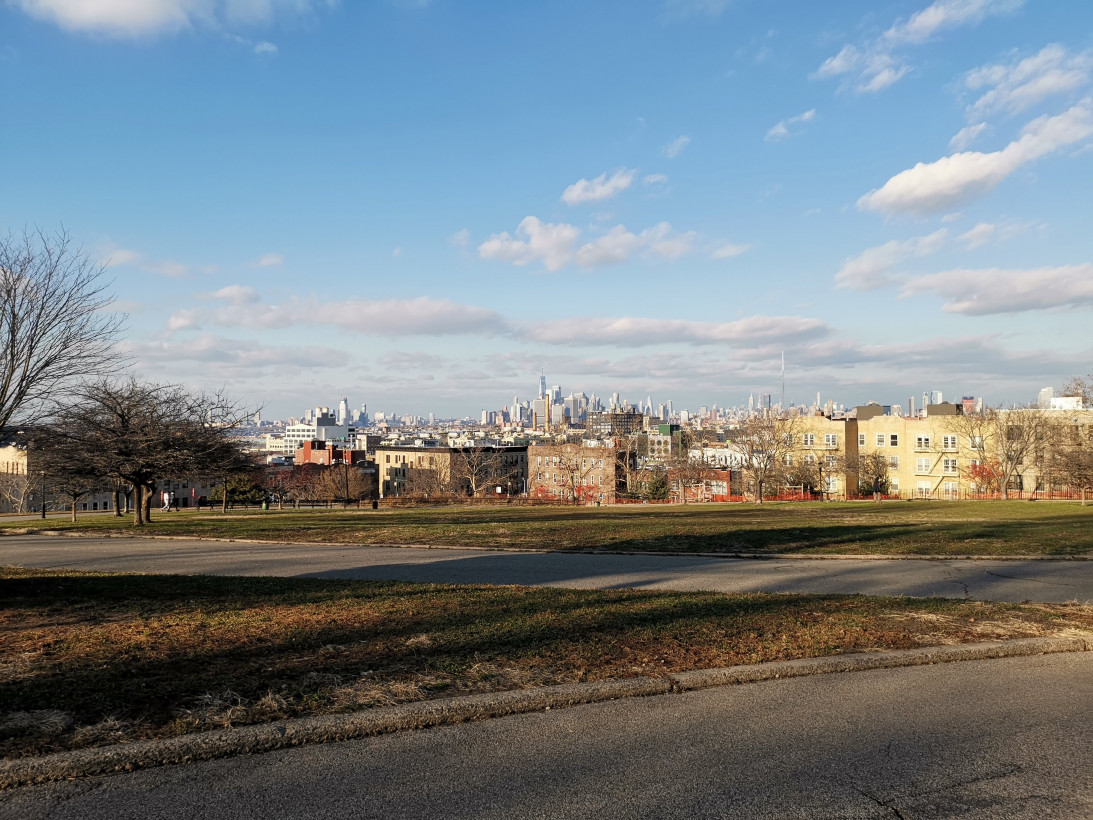 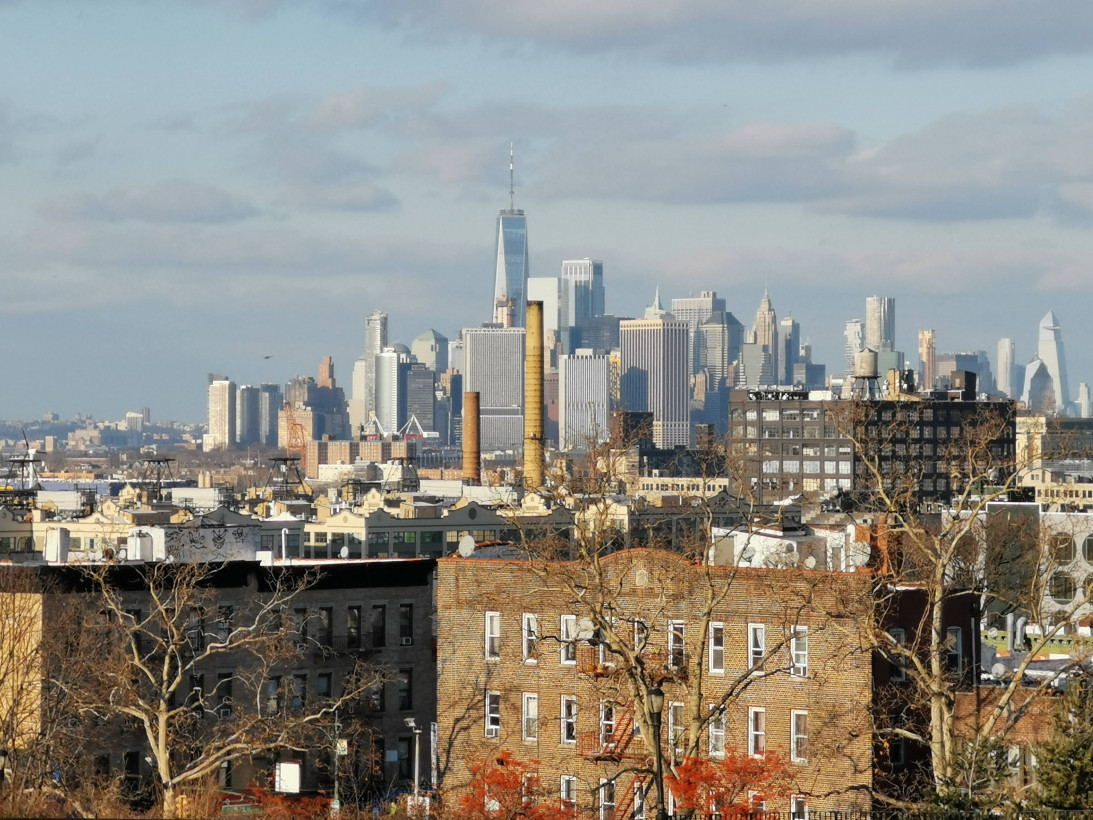 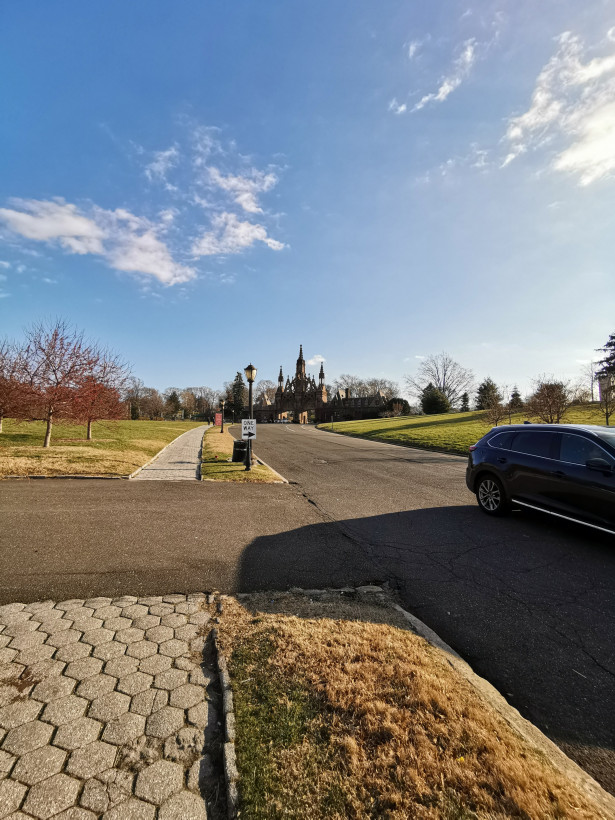 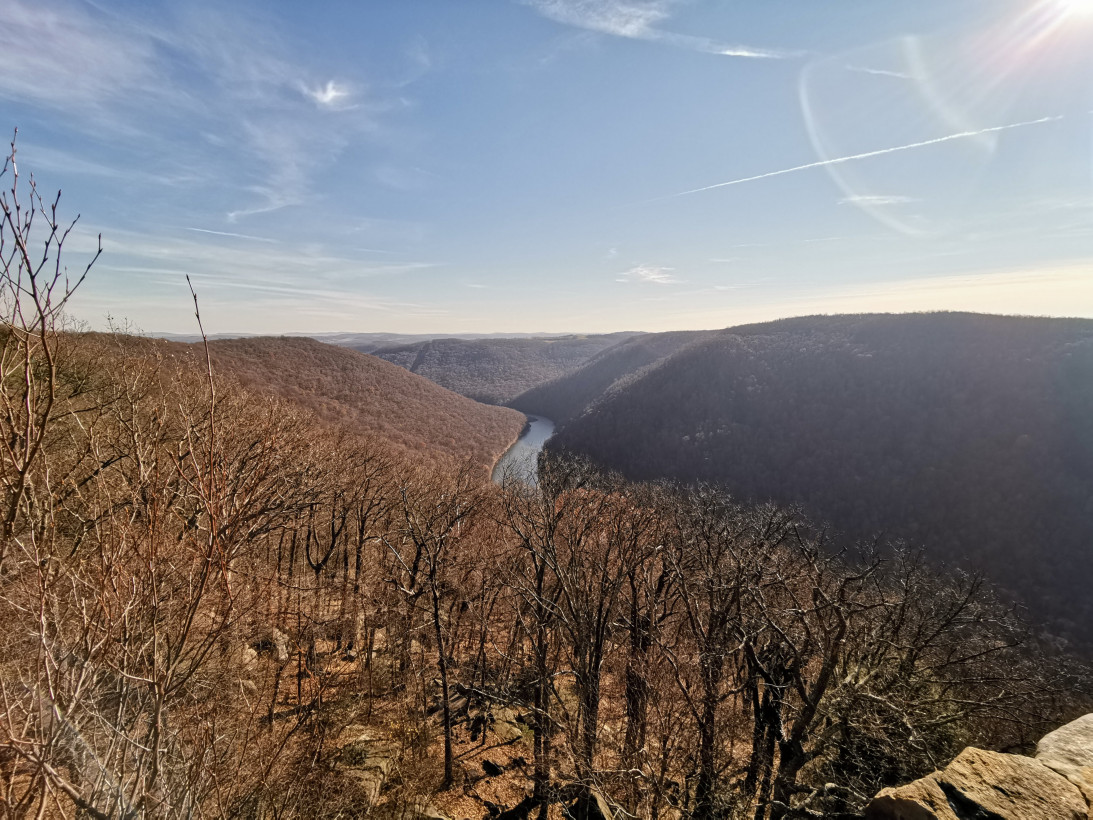 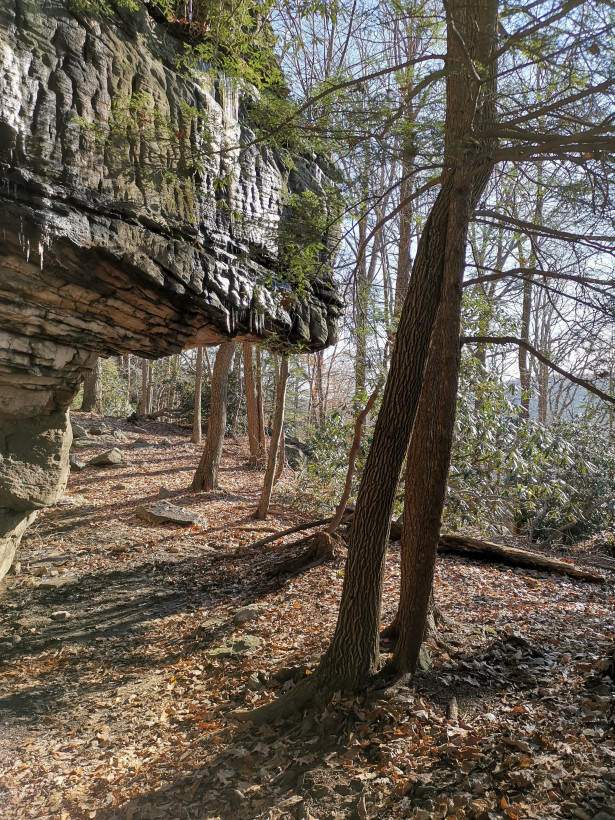 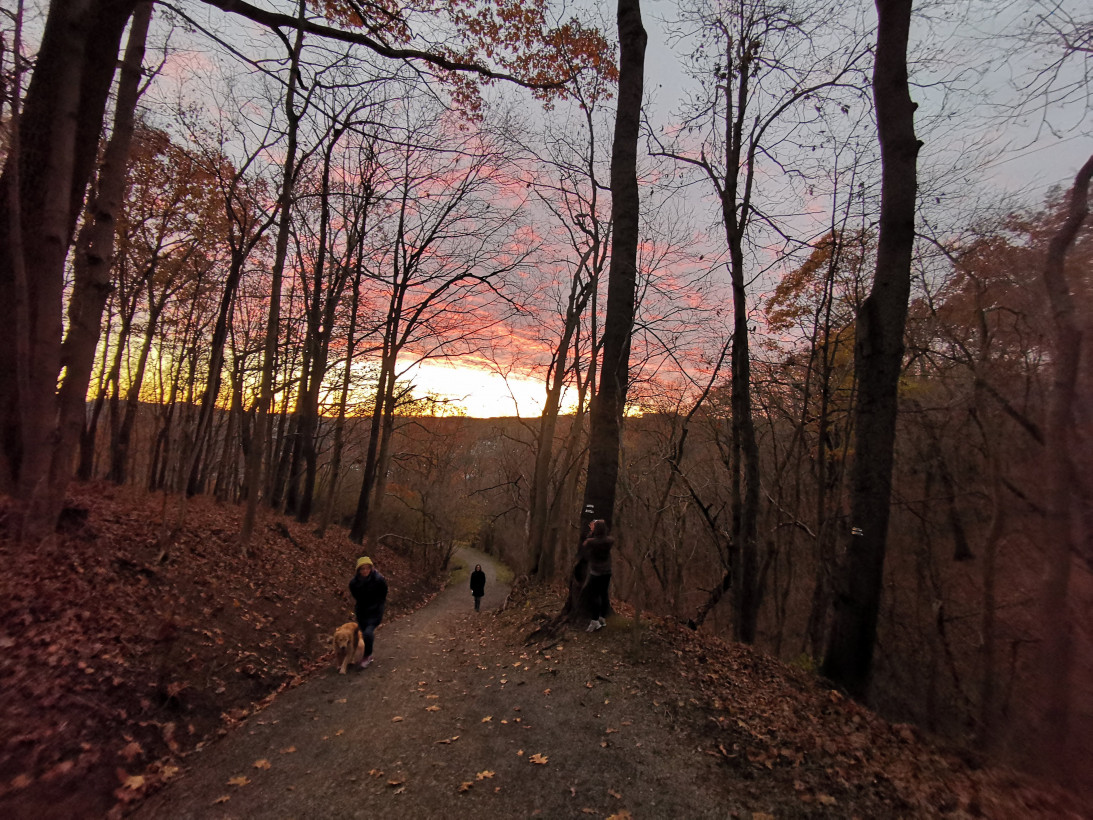 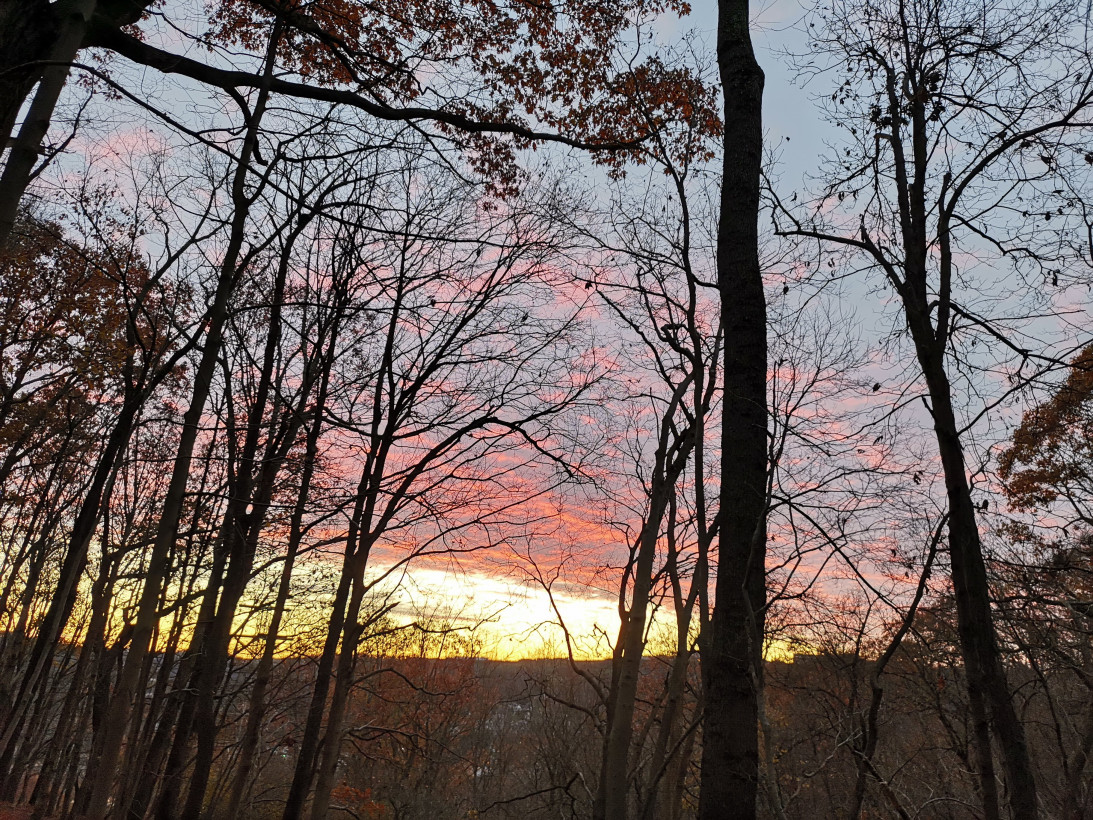 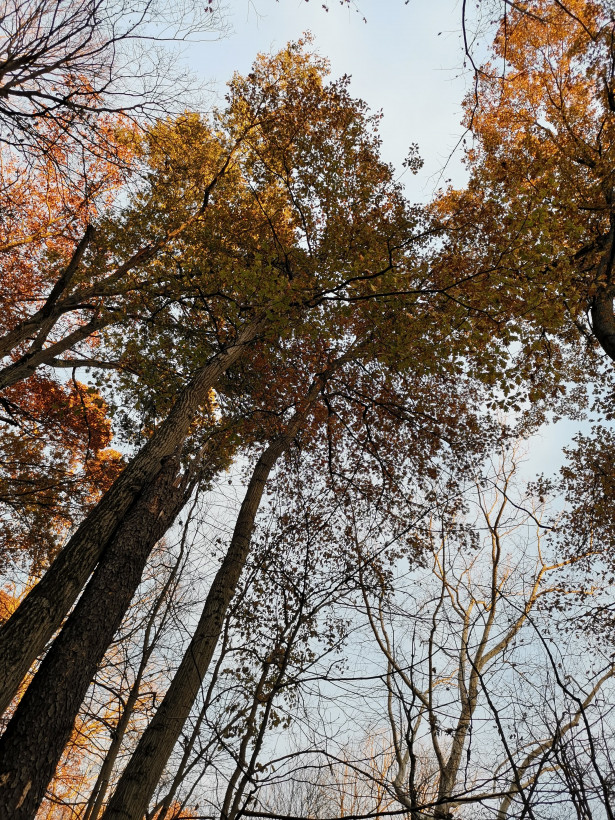 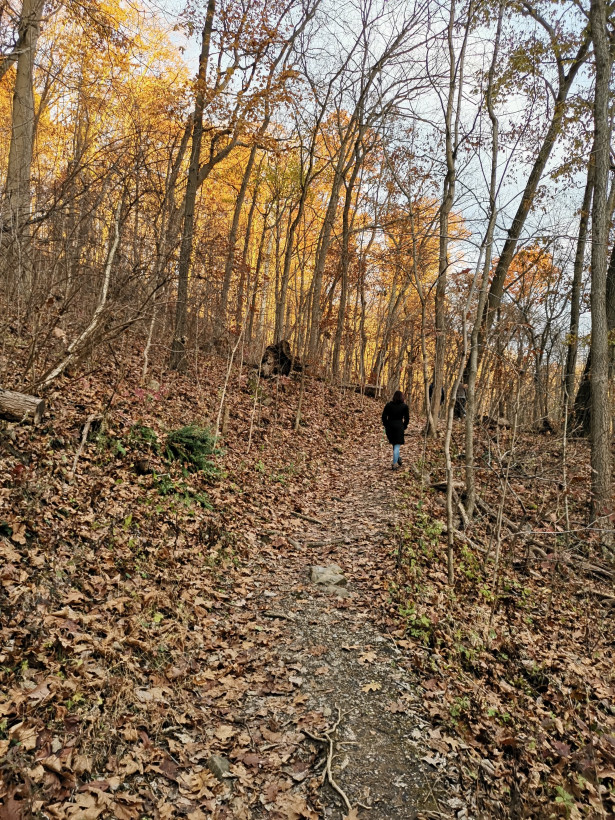 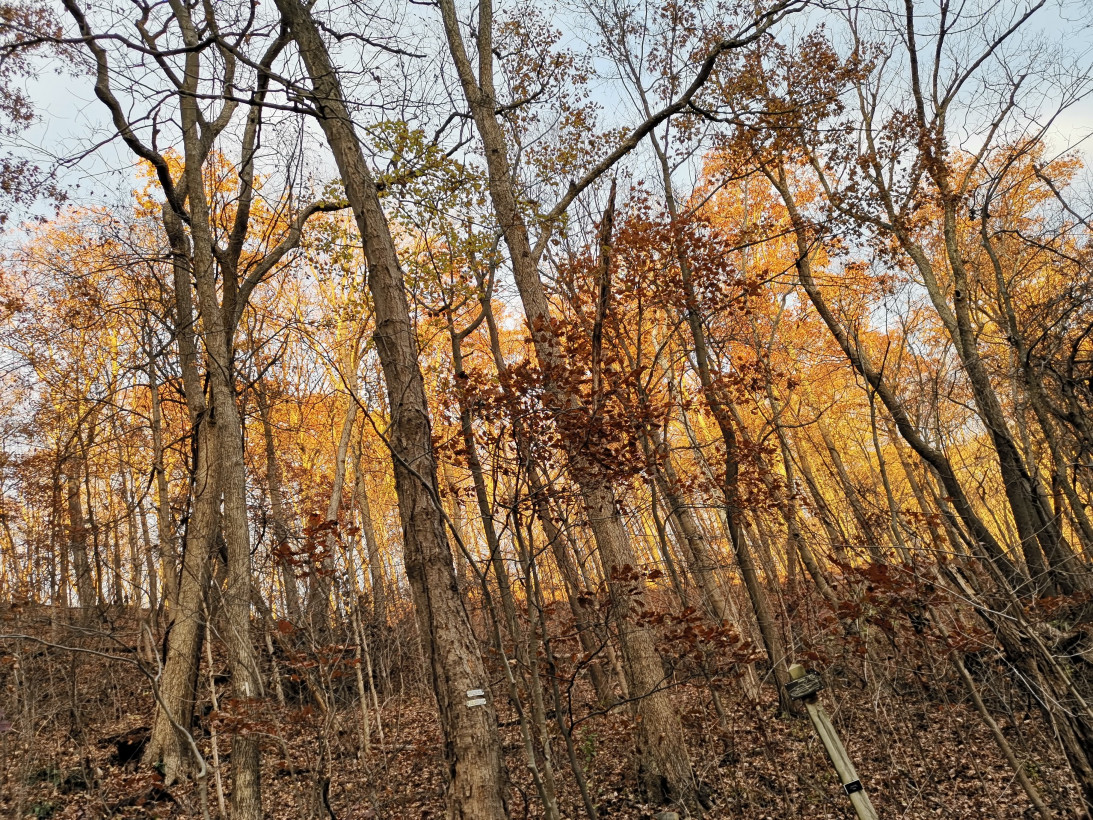 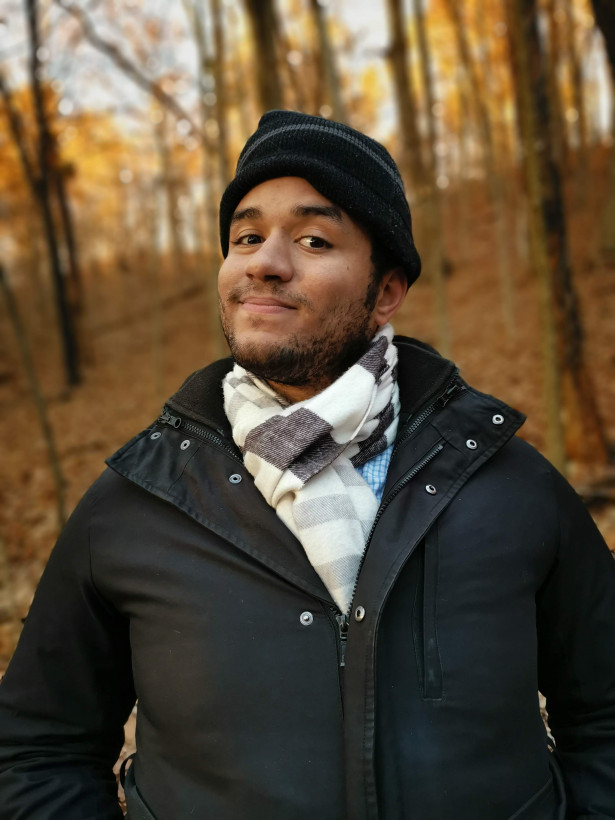 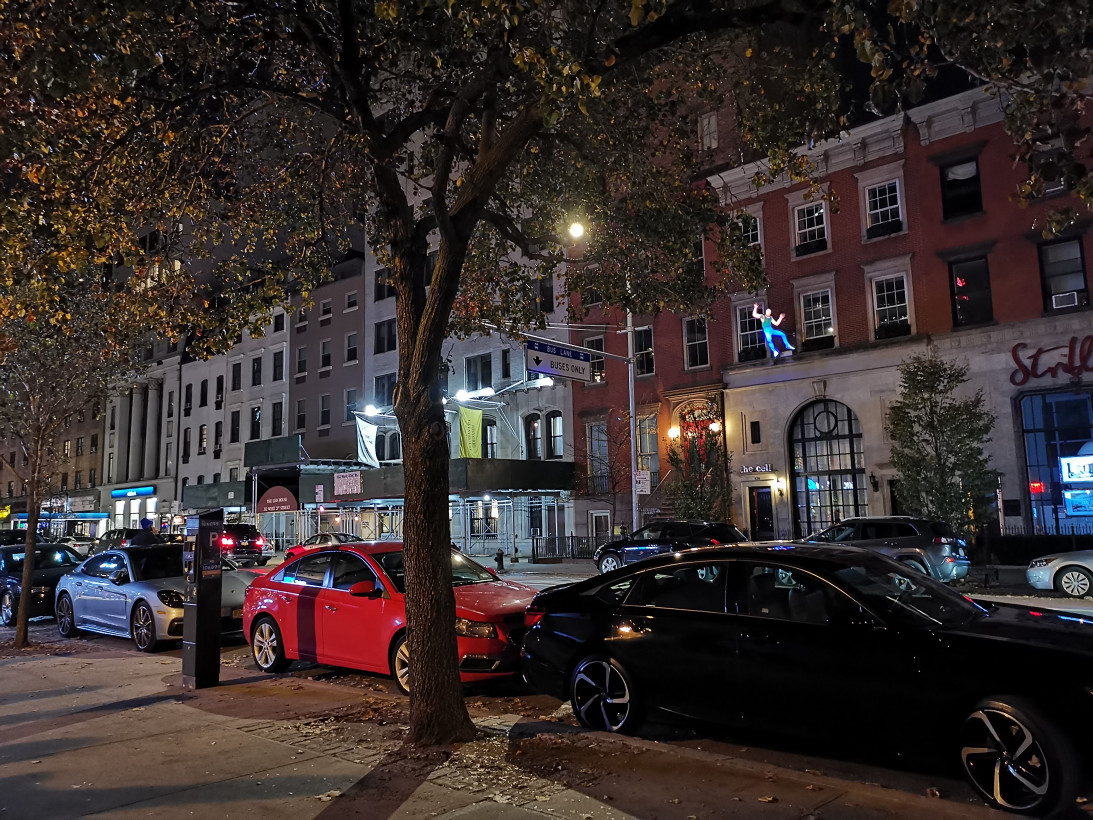 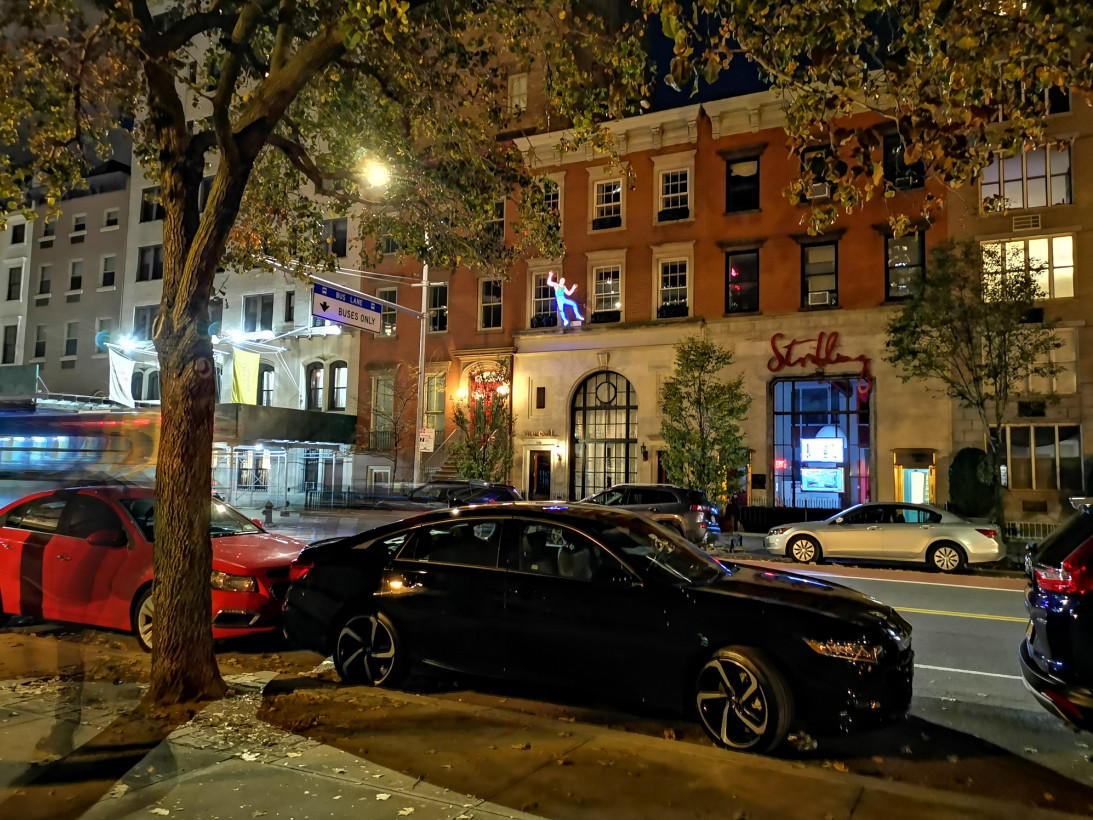 To give you an idea of the versatility I’m talking about, here’s an image with the ultrawide-angle camera:

And here it is with 5X zoom:

That giant primary sensor gives Huawei a distinct hardware advantage when it comes to dynamic range, sharpness, low light performance and zooming prowess. But despite all this… I still prefer shooting on my Pixel. I think it’s absolutely absurd that Google only went with one rear lens – there’s no excuse in this price bracket –
but the fact remains I think Google’s image processing is the best in the business…. whatever DxOMark says.

As has been the case for some time, Huawei‘s processing is just too aggressive. Noise reduction is too heavy, and images are over-sharpened. It looks well enough scrolling down an Instagram feed, but the images still have the tell-tale signs of smartphone photography at larger sizes. How much that matters to you will be a matter of preference.

There’s also just no competition for Google’s Night Sight. While Huawei‘s own night mode can produce excellent results, it doesn’t have the point-and-shoot consistency of Google’s feature. Google’s Night Sight gets me a usable shot on almost every occasion, while Huawei‘s is significantly more susceptible to motion or wonky lighting. And though it’s generally an improvement, sometimes the aggressive noise reduction looks worse than simply taking a regular shot. It’s also worth noting that the wide-angle and telephoto lens are dramatically inferior to the primary sensor in low light, although that’s to be expected given the sensor sizes.

If it seems like I’m being harsh on Huawei‘s camera, it’s only because it’s this close to pulling off a definitive victory. It’s the only recent smartphone with a sensor this big, and if the company would simply tone down its processing and make a few refinements, it could easily overshadow everything else.

As it stands, which camera is actually better is a matter of preference. In this respect, I choose Google.

Despite my annoyances with Huawei‘s image processing, there’s no phone as versatile as the Mate 20 Pro. Four months later, I think it’s still the closest thing to a perfect phone on the market.

As far as I’m concerned, there are only three things holding it back: Access and drama within the US, the lack of a headphone jack, and a bloated interface. You could say the whole phone is bloated with features, but for once, it’s a combination of quantity and quality. It was the most ambitious phone of 2018, and if the aforementioned qualms won’t dissuade you, there still aren’t much better ways to spend nearly a grand on a smartphone.