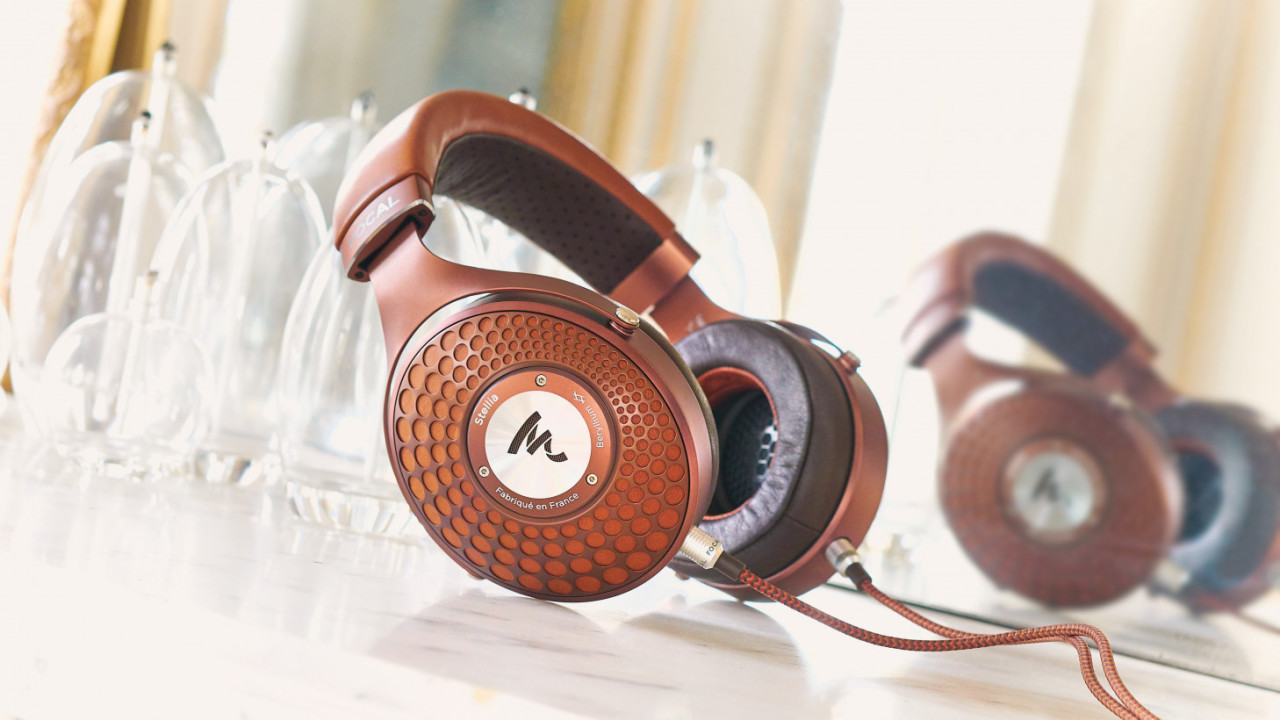 Boy, was I wrong.

That should tell you something about the performance Focal is promising, but naturally, only audio enthusiasts and those with that kind of expendable income need apply.

If the price doesn’t scare you off, Focal promises you’re in for a treat. First, there’s the use of premium materials – including a classy combination of ‘cognac’ and ‘mocha’ leather. It’s a nice change of pace from the usual monochrome utilitarianism of high-end headphones. It also comes with a carrying case and two different types of cables for home and portable use.

Yeah, not everyone will be comfortable walking around with $3,000 headphones, but at least you can. The Stellia has a low 35 Ohm impedance rating and high 106dB sensitivity. If those numbers are mumbo jumbo to you, it basically means the Stellia should be easy to power from most phones – you know, if you still have a headphone jack – or portable players. And if it’s anything like the Elegia, it should also block out a decent amount of ambient sound too.

The biggest acoustic change compared to the Elegia, and most of Focal’s other headphones, is the use of a beryllium driver. Beryllium is lighter and stiffer than most other driver materials, which basically translates to more detail and less distortion. But well-implemented beryllium is also expensive. The only other Focal headphone with a beryllium driver is the Utopia.

Of course, the proof is in the pudding, and there’s the whole “audio is subjective” thing too. For instance, I slightly prefer the $1,500 Focal Clear to the $4,000 Utopia, despite the inferior materials. It’s also worth noting I had a few issues with the Elegia’s tuning; they had a slight dip in the midbass that helped them sound less bloated than most closed headphones, but consequently also a little ‘dry.’ Here’s hoping Focal has fine-tuned the sound with the new drivers and housing.

My point is, I’ll to wait until I get my hands on the Stellia to know if it performs worth its price tag. Still, if you’ve got the dough, it looks mighty interesting. There are very few closed headphones even competing in this hi-fi price bracket, and even fewer that can be adequately driven by a portable device.

The Stellia isn’t the only product Focal is revealing at CanJam though. The company also announced its first headphone DAC and amplifier, the Arche, developed in partnership with audio component company Micromega. Aside from the usual claims of performance and power, the amplifier has specific presets designed for each of Focal’s high-end headphones (and will receive updates for each subsequent launch). The amp also has a neat built-in headphone stand for you to show off your gear.

I’ll be spending some more time with Focal’s Stella and Arche at CanJam NYC, so stay tuned for more. If it’s already piqued your interest, the Stellia will be available on Amazon.com and Focal.com/US shortly.