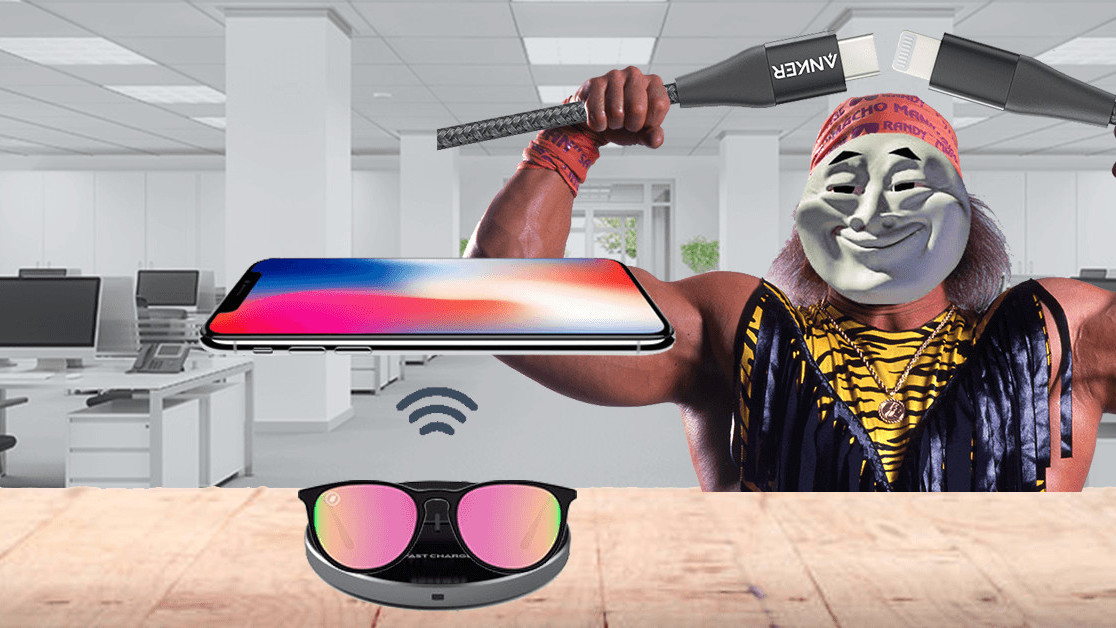 Wireless charging is one of today’s biggest mysteries. On one hand, it’s everywhere. Most flagship phones support it, Apple has been working on a wireless charging matt for an age, there’s an industry standard format (shout out, Qi), and it’s cool. Despite all this, I don’t know a single person who actually charges their phone wirelessly – everyone still uses cables.

So, when BIS Research put out a report claiming the global wireless charging market will be worth $20.97 billion in 2023, I was hooked. That’s a lot of money.

In 2017, the wireless charging market was only worth $2.57 billion. To reach the $20.97 billion figure in 2023, the market will have to achieve a 40.97 percent compound annual growth rate. To put that in perspective, the global movie box office market was worth $41.7 billion in 2018. In other words, the size of BIS Research’s prediction implies more people will be wirelessly charging their devices than using cables.

We spoke with some experts (including a well known cable maker), in order to shed some light on this prediction.

There’s a lot. BIS Research‘s report – which is a “meticulous compilation of research on approximately 50 players in the wireless charging market” – points to a number of factors. The most pertinent are the increased number of devices that are capable of wireless charging, the rising number of appliances that function as wireless charging pads (like furniture, cars, or this weird notebook), and the standardization of a wireless charging format, the aforementioned Qi.

The fact that companies like Apple and Samsung have accepted Qi means that people will be able to wirelessly charge their device everywhere, regardless of brand. You can imagine how much more likely this makes wireless charging to take off.

I get that, but will wireless charging be more popular than using cables by 2023?

It depends on who you ask. According to Ahmad, “there [will] be more wireless chargers than cables by 2023.” That, friends, is what we call a powerful prediction. On top of the evidence above, Ahmad’s rationale is that wireless charging technology will continue to improve, and it will become common in entry-level phones across the world by 2023.

To get another perspective on this increasingly cable-free world, I also put the question to Anker, a famed producer of cables. Because it felt like the right thing to do.

The first thing that Gary Gao, the lead Product Manager for Wireless Charging at Anker, told me was that the company already has more than 30 people working on wireless charging. Damn.

When I asked if we’ll ever live in a cable-less world, I was told “it’s hard to say.” Which, to be completely fair, it is. Gao pointed out how cables are much faster than charging wirelessly (which could be a barrier to adoption), before concluding that a society where we can wirelessly charge everything would be a “dream world.” It’s hard to disagree with that.

Recently, I chatted with Daniel Gleeson from Ovum about a “holeless” phone (I know). During this conversation, wireless charging came up. Gleeson told me one of the things stopping its widespread adoption is the expense of the charging pads. They’re far pricier than a simple cable, meaning companies like Apple aren’t bundling them with their phones. And if Apple isn’t doing it, will budget phone makers with lower profit margins start including wireless charging pads with their devices? Somehow, I doubt it.

In my mind, some big things need to happen for charging wirelessly to become more popular than cables. First off, wireless charging pads need to come with the majority of phones, so the technology is widespread. Then we have people themselves. Individuals are resistant to change (think about the ongoing uproar about Apple removing the headphone jack), so while I expect more and more people to wirelessly charge their devices, many more will keep on using cables – because that’s what they’re comfortable with.

Does this mean that the wireless charging industry won’t hit $21 billion by 2023? Not at all. The folks at BIS Research are far more well-versed in numbers than me, so I can totally believe it. My point is this: charging devices through cables is quick, reliable, and is a known commodity. Wireless charging will overtake this one day, but it’ll take longer than five years to completely displace the good old wire.

If you are interested in wireless charging, I’d suggest looking at Anker’s 10W PowerPort – it’s inexpensive and a great introduction to the tech. But if you’re addicted to cables, I’d suggest getting a sweet multi cable charger like this badboy.