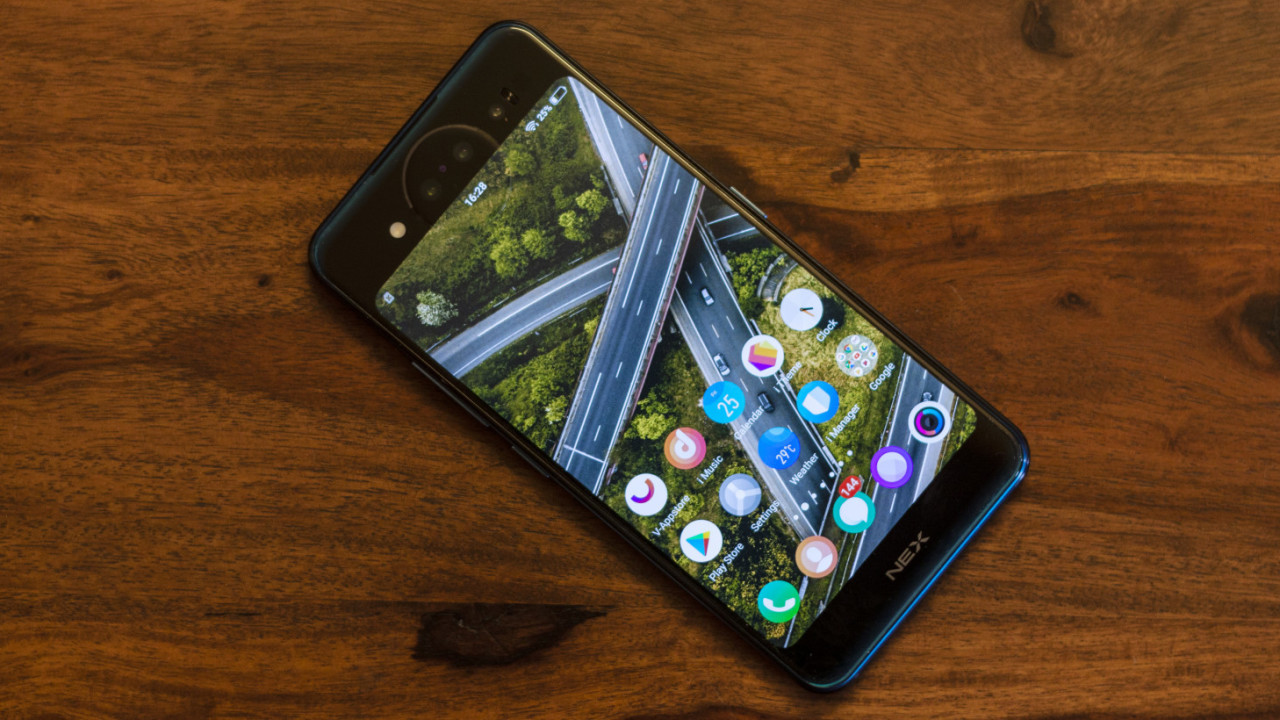 Chinese phone brand Vivo didn’t wait even six months after launching its first bezel-less phone to unveil its sequel at the end of November last year. While the first Nex came with a pop-up selfie camera to allow for a front fascia free of notches and other components, the Nex Dual Display Edition (which I like to call the Nex 2) got even crazier with a second screen on the rear panel.

That allows for a bezel-less display, as well as for better selfies and video calls because you’re not forced to use a weaker secondary camera. Vivo made a bunch of novel design decisions here, and with the Nex 2, it’s proven that an Android phone maker can indeed avoid mimicking Apple for once and create interesting devices on its own.

I spent a few weeks with the Nex 2, and came away impressed with how the company built a surprisingly usable phone with that crazy concept in mind. It’s not for everyone – heck, it’s not for me , really – but it’s a sign that phone makers haven’t entirely forgotten how to make memorable products.

Right, with that out of the way, let’s dive into what the Nex 2 is all about.

The Nex 2 looks like just another black slab from the front, but look closer and you’ll see that there are no bezels around the screen to accommodate sensors and other internals. There’s a narrow speaker grille at the top that slots in without interrupting the body’s clean lines – and that’s about it on the front.

The rear panel features a large bezel at the top to house the tri-camera system and flash. There’s also a ring that protrudes slightly from the rear panel to house LEDs for additional flash, as well as a soft notification light, and a light that glows to accompany music playing on the phone. Yeah, it’s a bit much, but I like Vivo being a little bold with this when everyone else is just following the same playbook.

The Nex 2 is rather heavy at 199g, and the additional weight is noticeable even when you’re switching from something that’s just 15g lighter, like the OnePlus 6T. That’s not surprising, considering that it’s packing a second display. What’s neat is that it’s actually slimmer than the 6T by a hair at 8.1mm.

That said, this dual-display design does pose a minor issue: you can only use it with a bumper that goes around the entire body, as opposed to a case. The one Vivo supplied in the box made the phone hard to hold, even with my largish hands.

Besides the nifty dual-display stuff, this is a capable phone with lots of useful features: dual-SIM support, a headphone jack, and fast-ish charging over USB-C.

The bezel-less front screen sports an in-display fingerprint sensor which works far better than the one on the original Nex, and the other side uses facial recognition to unlock the device. Vivo says it uses the Time-of-flight camera to map your face more accurately than regular shooters.

As for that second display, it’s a full-fledged touchscreen that lets you use your phone just as you would with the screen on the front. However, the contents appear letterboxed when you’re using third-party apps, with black bars on the sides squishing them to fit the same 19.5: aspect ratio as on the front screen. It’s odd, but not particularly bothersome since you’ll hardly use this for anything but the camera. There’s also a dedicated hardware button on the side to activate the rear display, and you can switch between them by swiping with three fingers on either screen.

The Nex 2 is an absolute beast of a phone: it’s got the latest Snapdragon 845 chip paired with a whopping 10GB RAM under the hood. Between those and the Adreno 630 GPU, there’s nothing this device can’t handle.

That said, its performance is hampered by Vivo’s Funtouch 4.5. The software layer atop Android Pie looks dated, displays odd notifications about things like apps running slowly (when they really aren’t), and feels a lot less fluid than the similarly specced OnePlus 6T when you’re switching between apps or loading files.

Both displays look great, thanks to AMOLED panels that allow for high contrast, punchy colors, and deep blacks. The bezel-less screen on the front is great for watching videos and playing games, and it gets bright enough to read in daylight. If you’ve been hankering for a larger display, this is a great way to go.

I managed to get about a day’s use out of a single charge, which is alright for a 3,500mAh battery – but I’ve had other devices from late 2018 last about half a day longer. This wouldn’t have been much of a bother if the phone charged faster, but there you have it.

The camera system on the Nex is a delight to use, because it’s quick to focus and shoot with, and captures details well. Images turn out sharp and vibrant, and the automatic HDR mode does a good job of balancing out highlights and shadows to deliver pleasing results.

I found color reproduction to be fairly accurate most of the time – skies, plants and skin tones appeared pretty neutral in my tests. However, certain lighting conditions, particularly indoor and low-light scenarios led the camera to mess up the white balance and veer towards the cooler side of the spectrum, leading to slightly washed out hues occasionally (like the red car in the sample images below). Scroll through some pictures taken with the phone below, and click here for full resolution samples on Flickr. 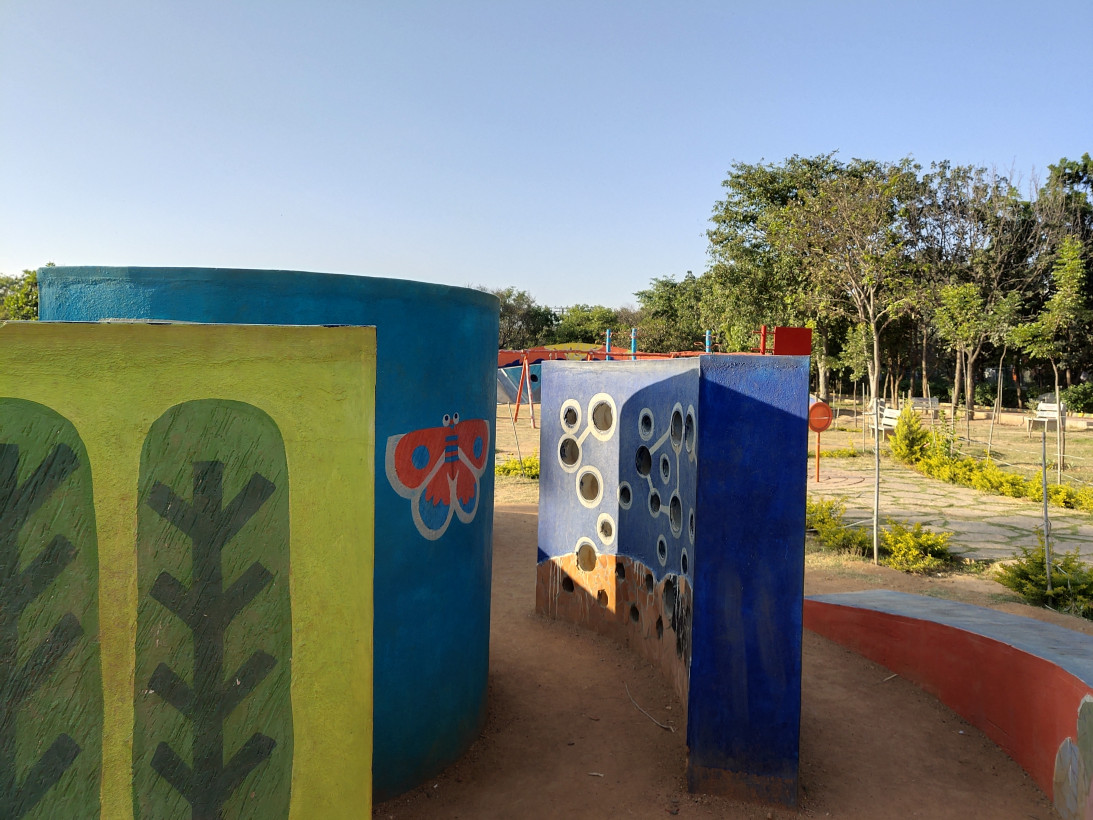 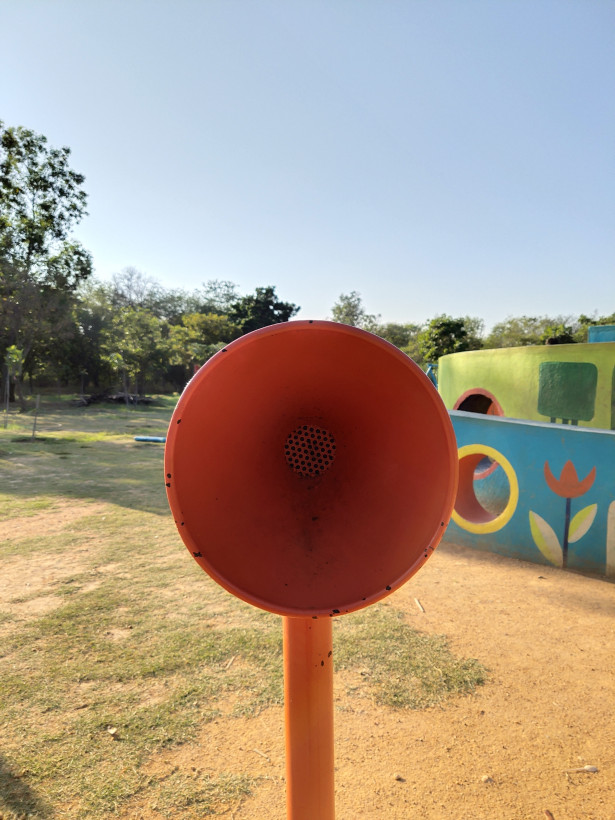 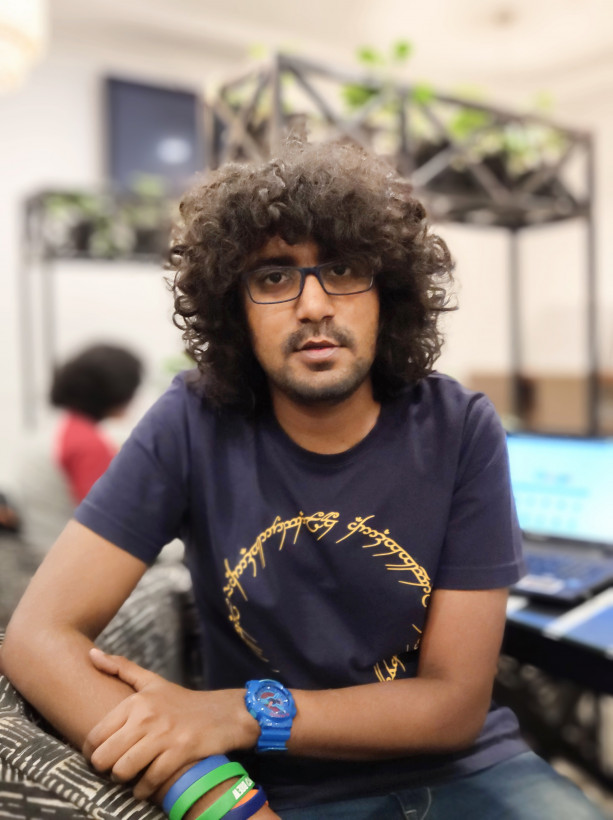 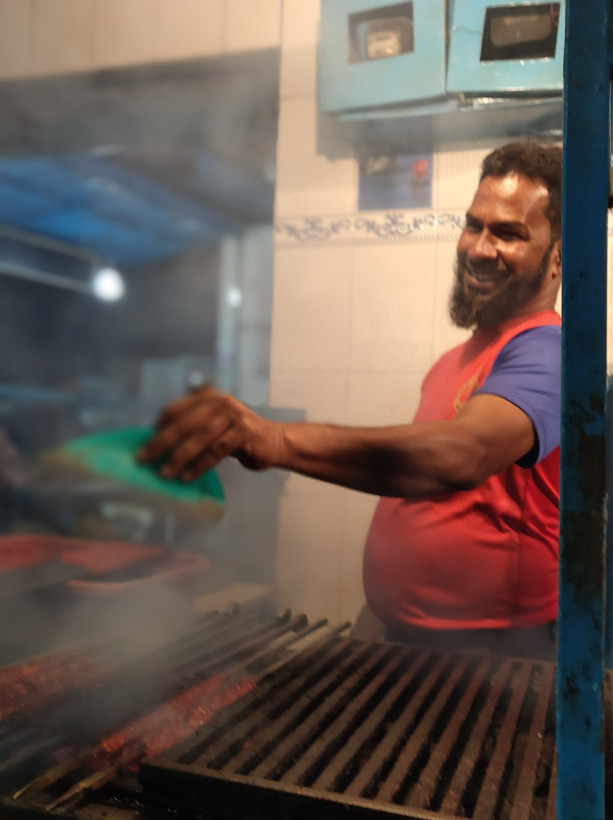 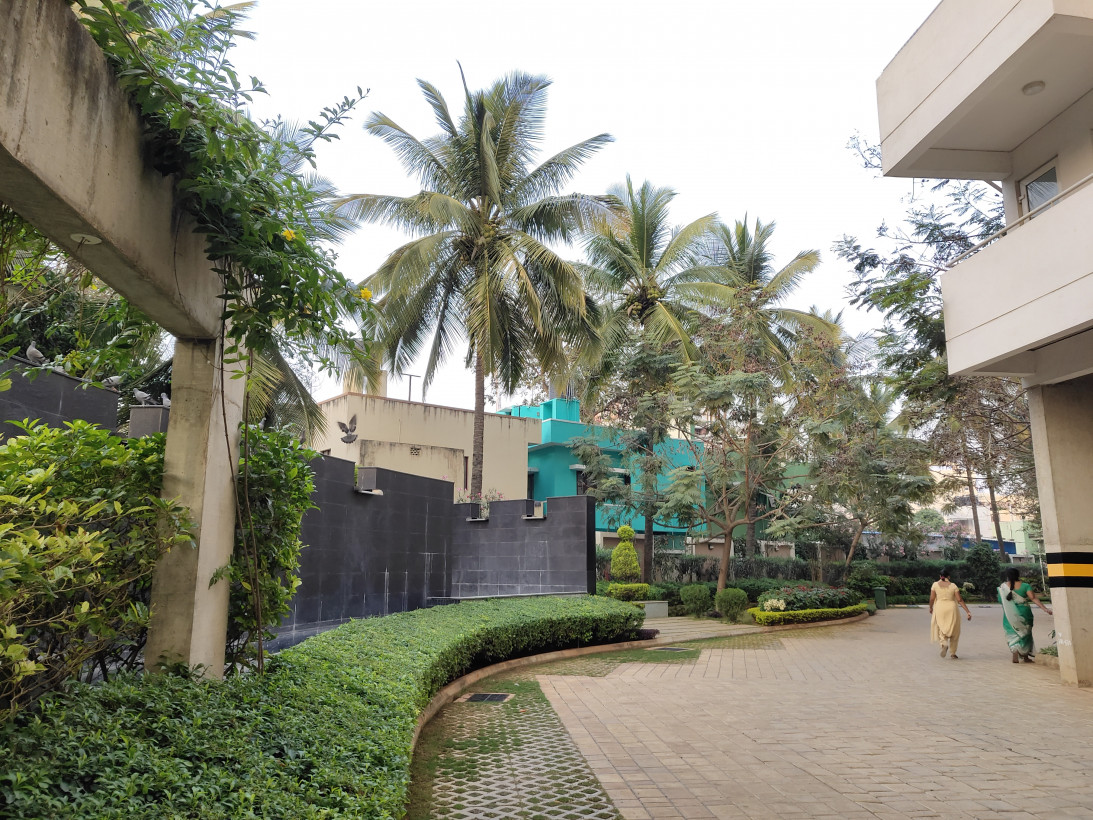 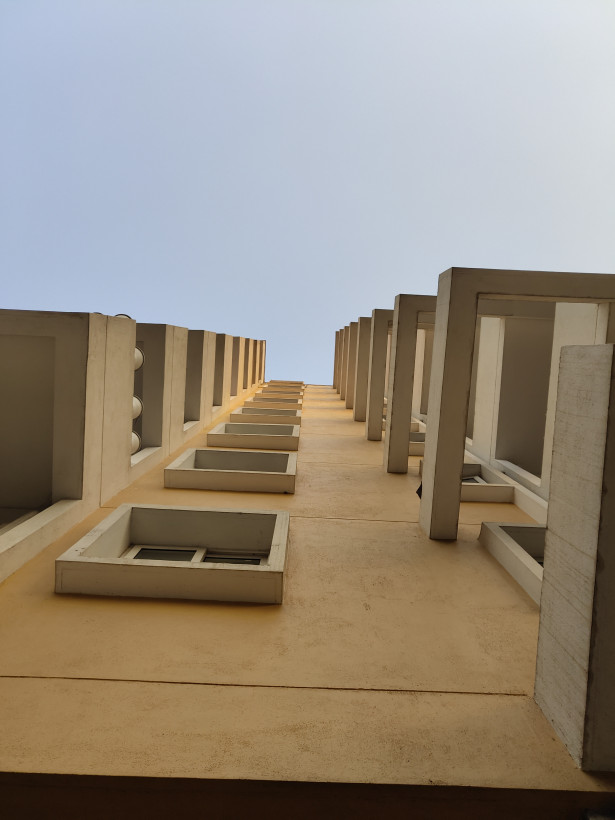 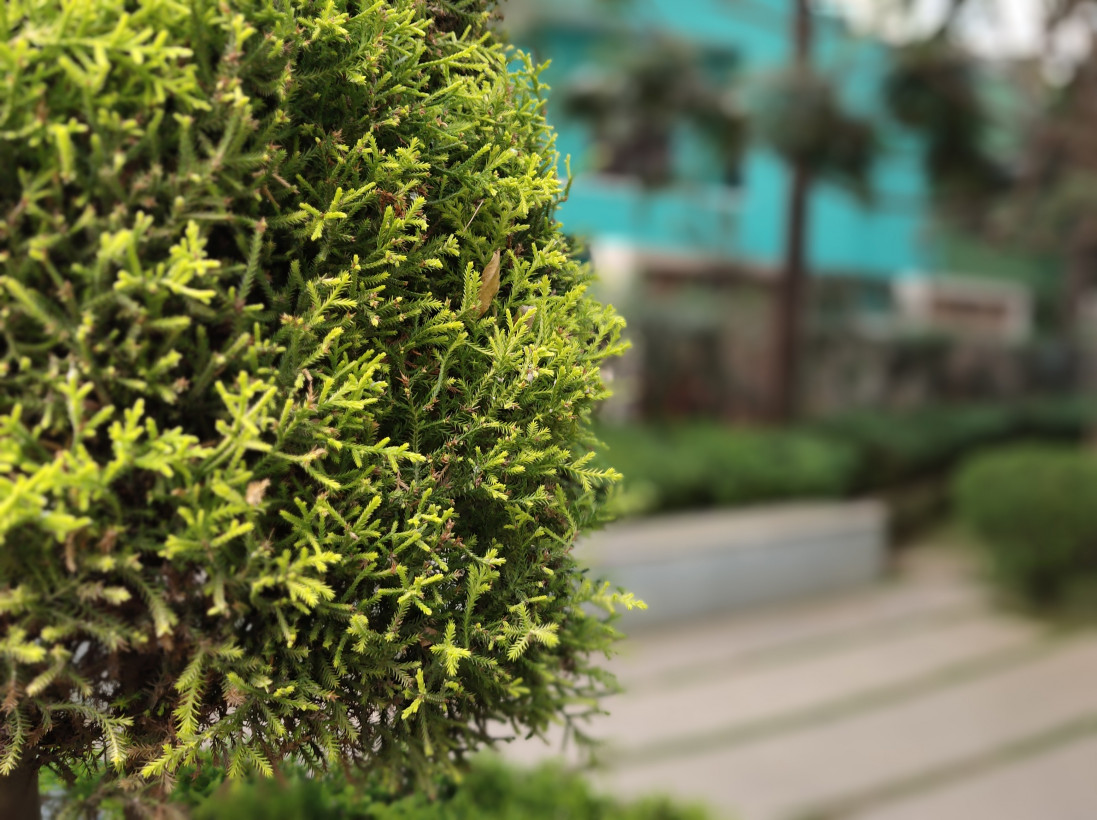 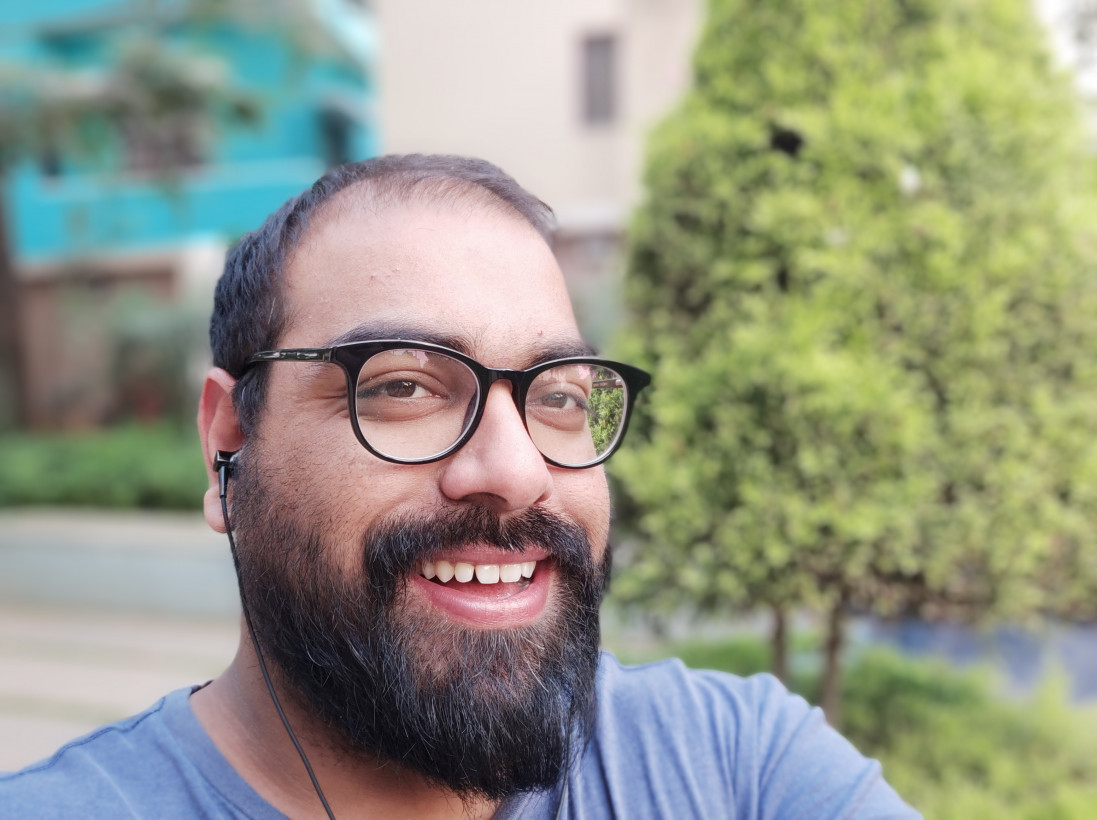 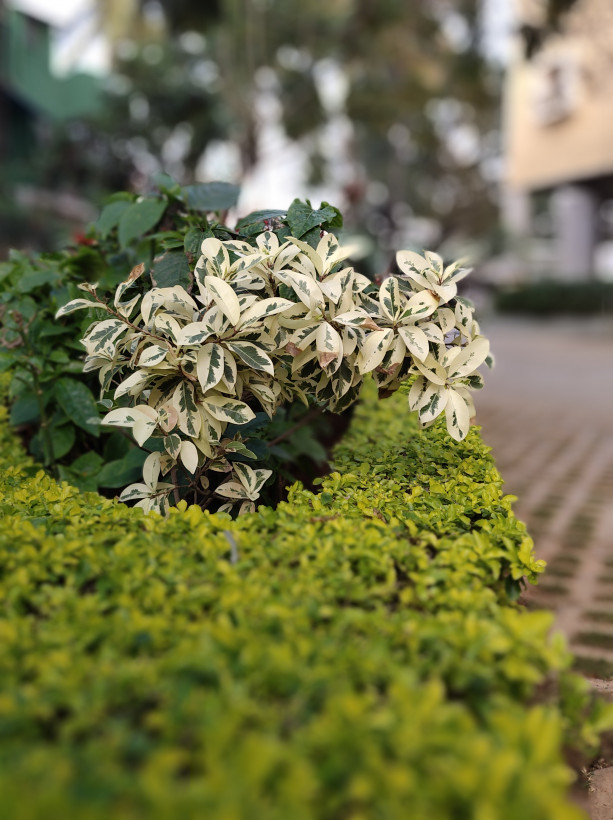 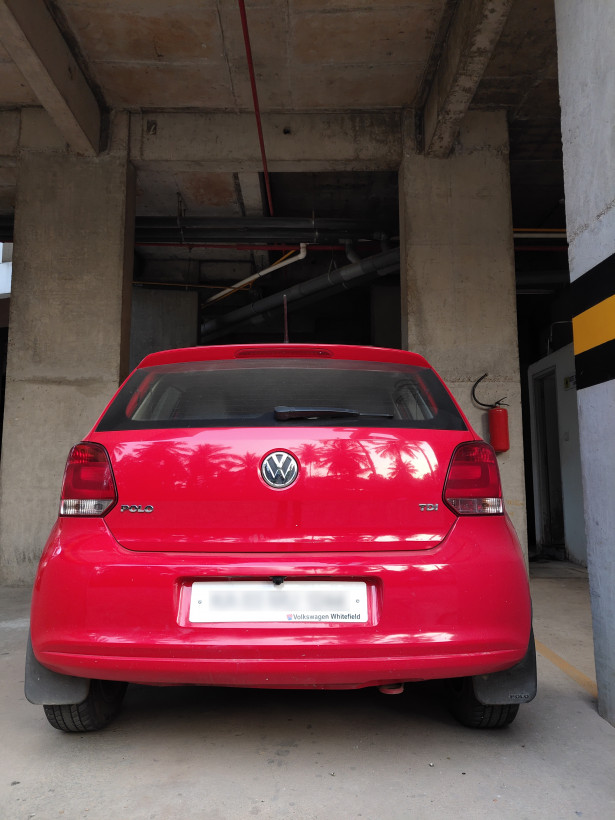 The obvious benefit to this odd device’s dual displays is that you can preview your shot before snapping a selfie, while using the phone’s most powerful cameras and not having to settle for a fiddly secondary one. Heck, if you’re taking someone else’s picture, you can turn on the rear display so they can see themselves in the mirror while they pose for you.

To that end, the Nex 2 manages good portraits, with impressive – albeit not perfect – edge detection for natural results when separating your subject from the blurred background. This mode also offers plenty of flexibility, since you can adjust the point of focus after the fact, and additionally use subtle lighting effects for your subject’s face. Just don’t expect Portrait Lighting a la the new iPhones, though.

While its imaging performance isn’t exactly up there with Huawei’s best shooters and Google’s Pixel 3, the Nex 2 is no slouch in this department. You might find yourself taking a lot more selfies than before, too – I’ll leave it to you to decide if that’s a good thing.

Do you need a dual-display phone?

If you take a lot of selfies or video chat a whole lot, you’ll find some sense in Vivo’s dual-display design. That’s not me, but it certainly is nice to be able to take better group photos with myself in them. And it doesn’t hurt that the camera system is pretty solid.

Beyond that, it’s also the most powerful Android phone you can buy right now, and it’s got a beautiful bezel-less AMOLED display. My only gripe is that Funtouch OS has a few odd quirks, but they’re not deal-breakers by any means.

I’m curious to see if Vivo will ever make another dual-display phone after this. The idea isn’t terrible, and the company’s proved that it can pull it off well. All in all, it’s a memorable device that I’d happily recommend to selfie addicts.

The only trouble is that it’s not yet widely available. You can order it from China at Gearbest for $759 by following this link; in case you spot it elsewhere, you’ll want to ensure you’ve got the Global edition.