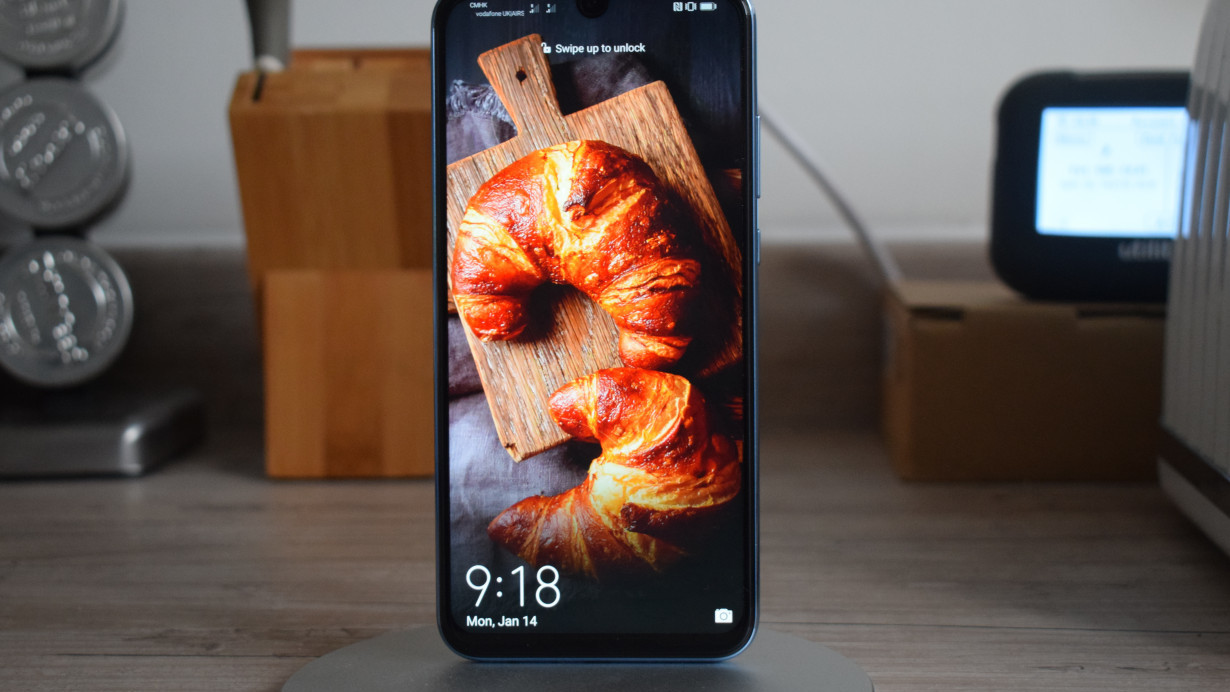 Now, Honor’s followed up with the Honor 10 Lite. As the name implies, this is a cheaper version, with suitably scaled-down specifications. But before you write it off as an uninspiring entry-level phone, keep reading. It’s actually really good — especially for its bargain-basement price.

For the past month, I’ve been diligently road-testing the Honor 10 Lite. The company provided us with a review unit on a recent trip to Beijing. Since then, it’s served as one of my daily workhorses, alongside top-shelf models like the Huawei Mate 20 Pro and the Honor Magic 2.

Suffice to say, it didn’t feel like a major downgrade. The Honor 10 Lite offered decent day-to-day performance, alongside impressive battery endurance. The camera produces respectable shots for the price point, while the body and design of the phone is attractive, and even feels somewhat aspirational.

Like I said, it’s really good. For the full verdict, read on.

Glancing through the Honor 10 Lite’s specs, it becomes immediately clear that this is a budget phone. Below are the specs of the model that TNW reviewed, although it’s worth mentioning that there are other slightly different configurations available.

Budget phones often tend to be drab, unattractive affairs. That simply isn’t true of the Honor 10 Lite, which boasts a gorgeous reflective rear, paired with a truly diminutive notch and breathtakingly tight bezels.

Let’s start with the notch, as it’s inevitably the first thing most people notice about a phone. This is tiny, its width measuring just a few millimeters. This drop-shaped area houses the Honor 10 Lite’s solitary front-facing camera, and is so small you’ll scarcely notice it’s even there.

There is a catch though. Although smaller notches give you more screen real-estate, it’s worth emphasizing that they limit what you can do. For example, noticeably absent from the Honor 10 Lite is a facial recognition sensor, or a secondary camera for stunning bokeh-filled selfies. That’s hardly a deal-breaker when you consider the bargain basement price, however.

While the Honor 10 Lite has tight bezels, the phone’s “chin” is fairly substantial. Below this is the phone’s solitary speaker, as well as a microUSB port for charging, and a 3.5mm headphone jack.

The speaker isn’t the loudest we’ve ever heard, but it’s certainly good enough for simple tasks, like listening to podcasts while luxuriating in the bath. And while I was delighted to find a physical headphone jack (something that’s increasingly rare among new smartphone models), I’m a little saddened to see the presence of microUSB on a phone launched in 2019.

On the rear of the phone, you’ll see a stunning metallic gradient effect. While this isn’t as elaborate as that found on the original Honor 10, it’s still pretty eye-catching. TNW was provided with the blue model, and this fades from a chrome-tinged silver at the top, to a stunning aqua blue on the bottom.

The Honor 10 Lite comes with a physical fingerprint reader, which is located on the rear of the phone. This is easy to find with your index finger, and is pleasantly responsive, delivering lightning-fast unlock times. I actually prefer this to the now-vogue under-screen fingerprint reader.

At the top-left of the phone, you’ll find its two rear cameras. These are elevated slightly from the phone’s chassis, and are accompanied by an LED flash. We’ll discuss the Honor 10 Lite’s camera performance later.

Personally though, I like it. EMUI is a subtle and unobtrusive, with handy features like the picture-identifying HiTouch. It’s clear that Huawei has taken great pains to improve it over the years.

There’s a welcome lack of bloatware. Besides the usual stock Huawei Android apps (like Huawei Health), as well as the Microsoft-owned SwiftKey (which I immediately replaced with Google’s Gboard virtual keyboard), there isn’t much to grumble about. I only wish I could say the same about other manufacturers.

So, let’s talk about performance. As mentioned the Honor 10 Lite is a step down from the original Honor 10. The model TNW tested had 3GB of RAM, compared to the 6GB found on its predecessor (although a more expensive 6GB model is also available). In addition, the Lite comes with an octa-core HiSilicon Kirin 710 processor, rather than the more meaty Kirin 970 found on its predecessor.

Despite this relative downgrade, the Honor 10 Lite doesn’t feel sufficiently compromised or sluggish. It handled media-rich content without breaking a sweat, or becoming bogged down. Similarly, it was able to handle some games without excess stuttering. And while it took a bit longer to open some apps than my comparatively speedy Huawei Mate 20 Pro, I was able to reconcile that with the fact that this is a budget phone.

The Honor 10 Lite comes with Huawei’s GPU Turbo software. This promises improved performance and battery life when gaming. While this is no substitute for more RAM or a zippier processor, I found that most titles performanced decently, and the phone wasn’t particularly prone to overheating.

The rear camera of the Honor 10 Lite comes in a 13MP/2MP configuration, and is able to capture decent shots for social media — but don’t expect the same level of detail as other phones in the Huawei/Honor stable.

Huawei (and to the same extent Honor) are increasingly touting AI as a tool to improve the quality of pictures, and the Honor 10 Lite comes with its Master AI camera software. This can identify the subject in the phone’s viewfinder and adjust the camera settings accordingly, in order to produce the best photograph.

This works really well, but a consequence of using the software is that colors inevitably end up looking saturated. From looking at them, it’s immediately obvious that they’ve been processed in some way. That’s not to say that they look bad, per se. It’s just something to consider.

The phone’s camera software comes with the same impressive “night mode” first found on the Huawei P20 Pro (which we’ve previously gushed about). But while the P20 Pro had three cameras, a massive pixel sensor, and an ungodly amount of megapixels, the same isn’t true here, and it doesn’t quite produce the same spectacular effects. Pictures taken with night mode look grainy and lack detail.

The Honor 10 Lite has a decent-enough 24MP front-facing camera. This can take acceptable selfies, but be wary of overusing the Master AI’s “beauty mode,” which softens and brightens skin to the extreme. This has the effect of making you look a bit cherub-like. Or perhaps like a porcelain doll.

Punters in China have been able to get their mitts on the Honor 10 Lite for a couple of months now, but it’s gradually being rolled out in the UK and Europe, where it’ll retail for £199 and €229 respectively. As is typical with Huawei and Honor, this phone won’t be released in the US, unfortunately.

Overall, I was impressed with the Honor 10 Lite. While it’s clearly a budget phone, it’s certainly one I wouldn’t feel embarrassed to carry around with me. App and gaming performance was acceptable, given the price, while the camera produced decent-enough snaps for Instagram, aided by Huawei’s Master AI software.

We also liked that it comes with the latest-and-greatest version of Android, which isn’t guaranteed, especially when you’re looking at the bottom end of the smartphone market.

There were bits we were less keen about. The absence of USB-C is a head-scratcher, especially in 2019. The camera also noticeably struggled in low-light conditions. Broadly speaking though, this is a good phone, and one I wouldn’t hesitate to recommend to friends and family.