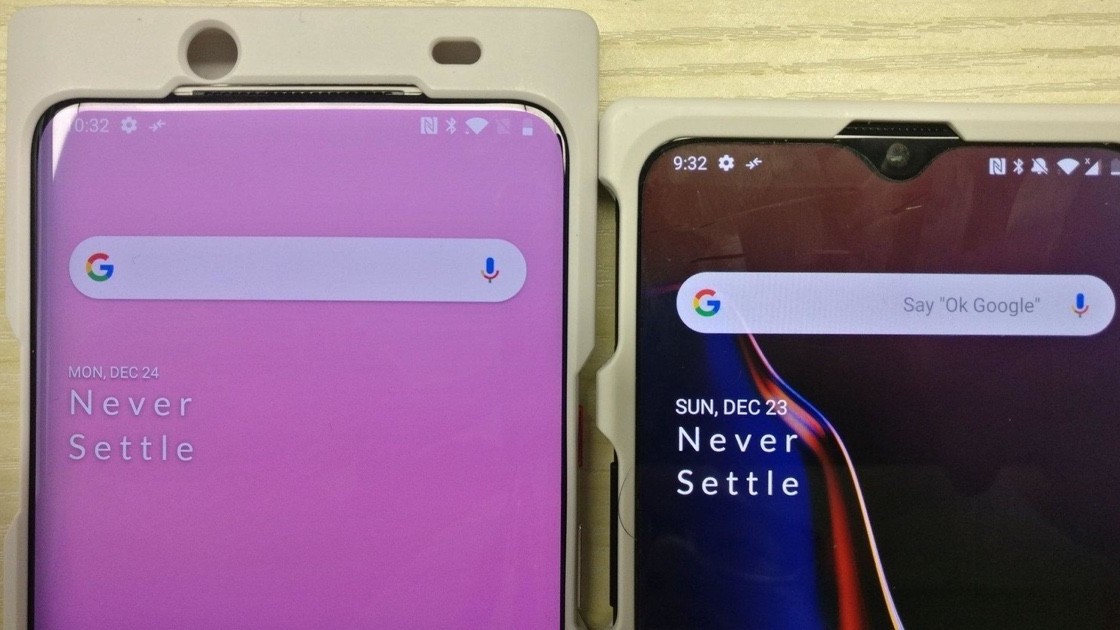 The OnePlus rumor mill has started early this year, and we have our first leaks of its next device out in the wild. According to images posted by SlashLeaks, the company will ditch the notch for its upcoming OnePlus 7.

The image shows an alleged prototype of the device in a tan case with no notch and an all-screen design. It suggests that OnePlus might opt for a slider mechanism to accommodate the front camera and some other components. You can also see the grille above the display, with holes cut out for sensors.

Of course, it won’t be the first sliding phone out from China in recent months. We’ve already seen Xiaomi’s Mi Mix 3 and the Honor Magic 2, so if these images are to be believed, OnePlus will simply be hopping on that bandwagon instead of starting up a new trend.

Last year, OnePlus said that it’ll be one of the first companies to include Qualcomm’s latest Snapdragon 855 processor in its next device. So you can expect that processor to power the OnePlus 7.  The company also said that it’ll launch a 5G-enabled phone this year. That could either be a variant of the OnePlus 7 geared for 5G-ready markets, or a new device altogether.

OnePlus usually launches its devices in the middle of the year, around May or June. So, we’ll have to probably wait for at least four months before we hear anything from the company.

As a fan sliding phones, I’m looking forward to this because it’ll get rid of the notch. Expect more leaks in the months leading up to OnePlus‘ next launch.