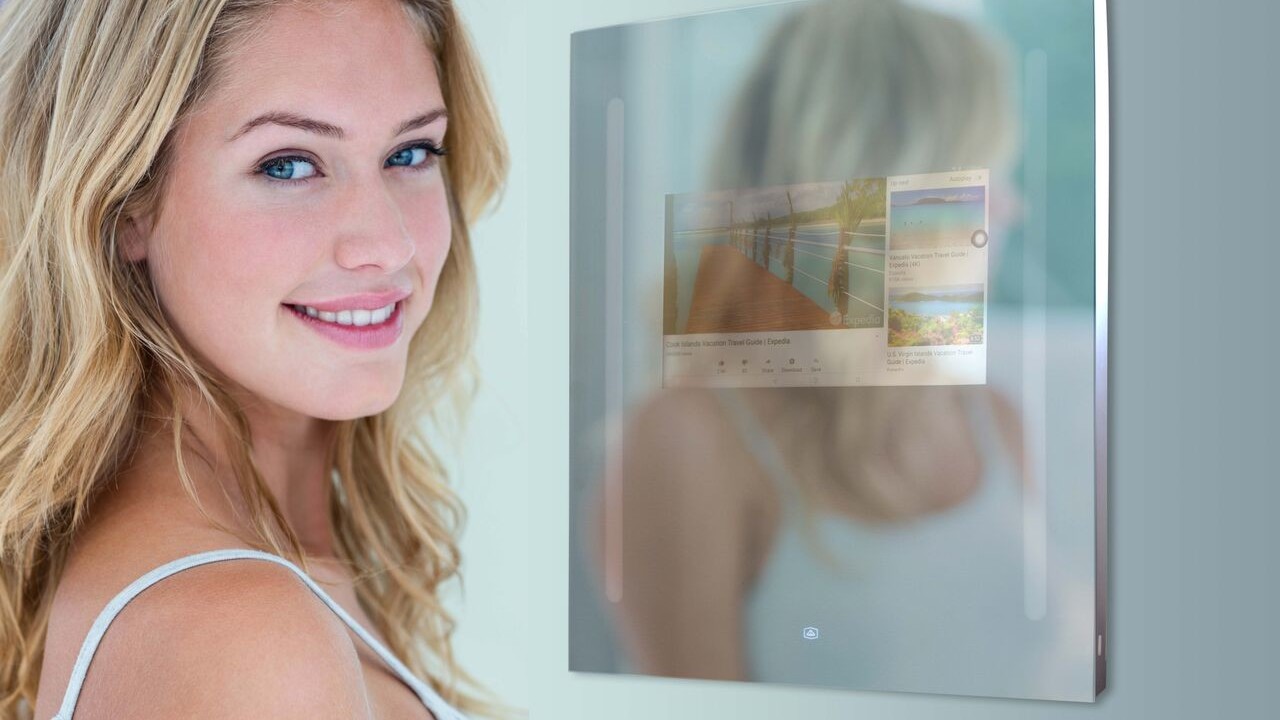 It’s okay to talk to your mirror. Plenty of people start the day by recanting affirmations in-front of their own reflection. Things only become a bit troublesome when the mirror talks back.

You could be living in some sort of Jacob Grimm fairytale land. It’s also plausible that you may be suffering from some form of undiagnosed mental illness. And – because it’s 2019 – there’s the chance that you’ve got your hands on the latest connected mirror (it’s a thing) from Capstone Connected Home.

Capstone’s Smart Mirror, which was launched today at CES, essentially embeds an Android tablet into the mirror’s glass, allowing you to converse with Google Assistant, watch YouTube videos, and even download apps from the Google Play store. According to the manufacturer, it can distinguish between up to six voices, ensuring that people’s data is kept separate.

Full specs of the device aren’t available at the time of writing, but the Smart Mirror comes with a full touchscreen, meaning that you could, theoretically, use it to compose emails and messages. Whether you’d want to cover your mirror in greasy finger smudges is anyone’s guess.

(And, of course, if you put it in your bathroom, there’s nothing to stop anyone from using it after they’ve gone to the toilet without washing their hands.)

The mirror doesn’t have to be in your bathroom. You can hang it up wherever you please, or even stand it upon a vanity table. That said, if you’re going to use it in your bedroom or living room, it begs the question – why don’t you just use an ordinary phone or tablet?

I suppose I’m not the target audience for this. As someone who looks a bit like a chicken wing turned sentient and then viciously kicked through a cat flap, the less time I spent looking in the mirror, the better.

Beauty conscious punters will be able to pick one up at the start of Q1, although pricing and an exact date is yet to be announced. Capstone says it plans to release several different models in a variety of different sizes.