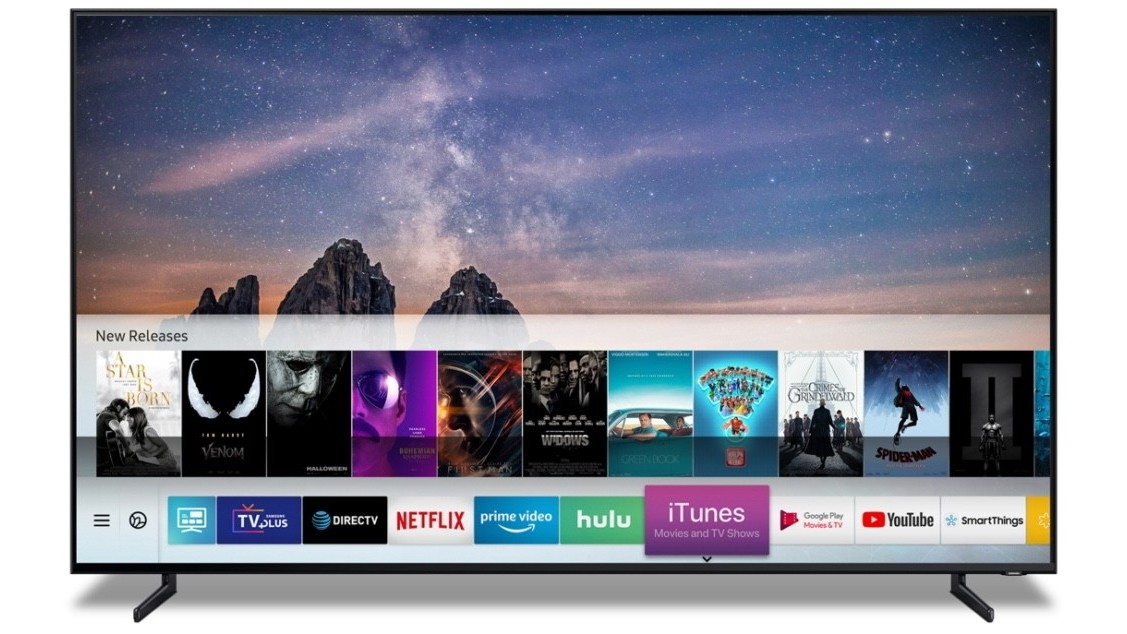 In a surprise announcement, rivals Samsung and Apple decided to team up and bring the iTunes movies and TV Shows app to Samsung‘s Smart TV range in 100 countries.

According to the announcement, iTunes will be pre-loaded on Samsung‘s smart TVs launching this year, and a firmware update will bring the app to TVs from 2018. Samsung also noted that iTunes will work seamlessly with its onboard search, as well as with its Bixby AI assistant.

Additionally, the lineup will support AirPlay 2 in 190 countries, enabling iPhone and iPad users to cast content to their Samsung smart TVs.

Apple’s traditionally restricted its software and services to its own range of hardware. However, with dwindling revenues and iPhone sales, the company is looking for more ways to earn money through its bouquet of services. The Cupertino-based tech giant is rumored to be launching a streaming service with content produced in-house later this year as well. It’s possible that the iTunes movies and TV shows app will be revamped to include this in the near future.

It’ll be interesting to see how this plays out, given that Samsung smart TVs run on the company’s own Tizen OS and will likely require a new iTunes app to be built for the platform from scratch. And as The Verge pointed out, this might discourage owners from purchasing Apple TV streaming devices, and thus hurt Apple’s bottom line a bit. 2019’s off to an intriguing start already.