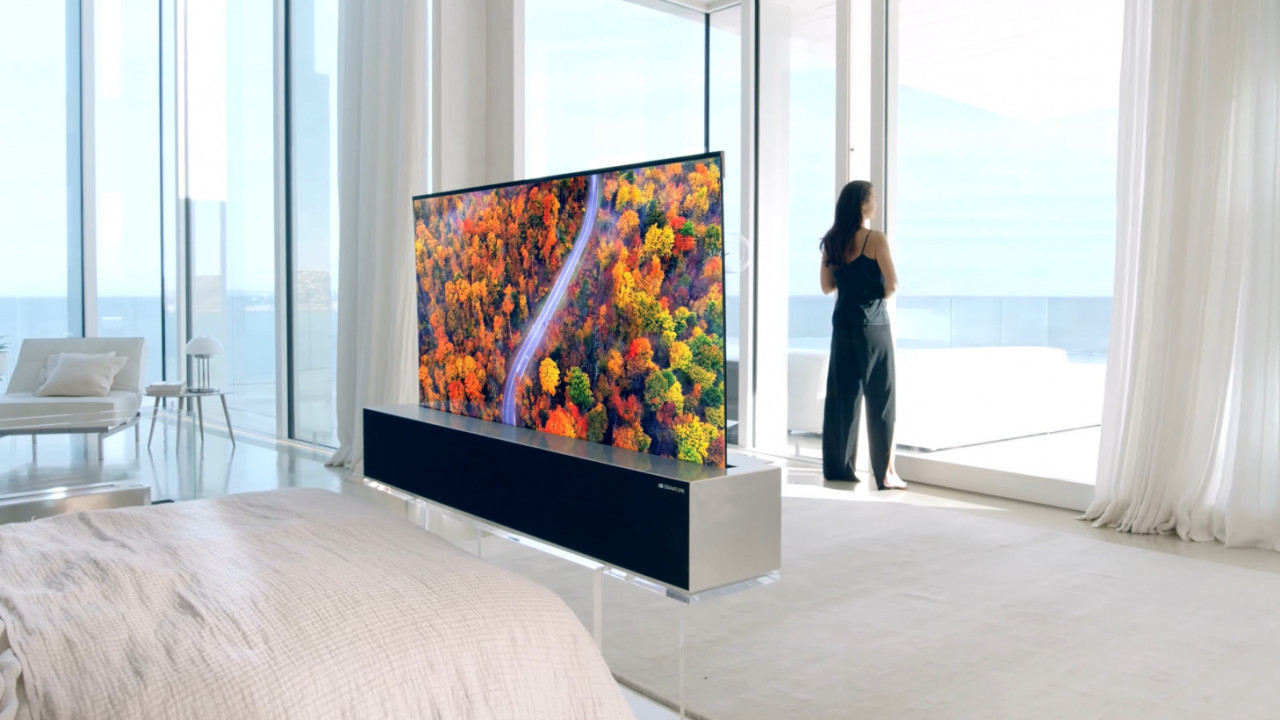 LG’s rollable TV was one of the coolest things we saw at CES last year. In case you don’t remember, it was a 65-inch OLED panel that was able to literally roll into a slim base at the touch of a button, hidden from sight until needed. Back then, it was just a cool prototype, but now it’s the real deal: LG plans on selling the TV beginning this March.

It’s officially dubbed the LG Signature OLED TV R. Aside from being able to fold up out of sight, there’s a practical movie-watching benefit too: getting rid of letterboxing. Though most modern TV content is in 16:9, most movies are in 1.85:1 or 2.39:1. The TV can partially roll-up to eliminate those annoying black bars.

There’s also something called ‘Line Mode’ in which the TV only slightly pokes up from its base, allowing you to play music or access other features while minimizing the visual impact of the TV.

Those are things you simply can’t do with other TVs, and it’s nice to see some genuine innovation in the market. I can only imagine similar form factors will become common in the decade to come.

That said, I’m a little surprised it’s arriving so soon. When I saw the prototype, I thought it was a concept that was several years off, given we’ve seen all sorts of bendable displays at CES for years. Aside from the expected foldable phones, this would make it one of the first instances of flexible displays regular people will be able to see – even if they probably can’t afford it.

Naturally, LG is positioning the TV as a premium product. Considering its previous concept design – the wallpaper TV – was about $8,000, this one will likely be at least as expensive.

And then there are the obvious durability concerns. Aside from the usual worries about mechanical parts, there is no readily available empirical evidence on the durability of a flexible display. I can only assume LG has tested the panel to last for several years – especially given the expected price – because it would sure be annoying to see the TV begin to discolor around the folding bits.

Those caveats aside, it’s a fascinating concept, and I expect people with the dough will buy one regardless of any image quality considerations simply because it’s so practical. Although given LG’s pedigree, I expect it to perform admirably in the image quality department too. If you’re listening LG, please send one over to my place at your earliest convenience. K, thanks.