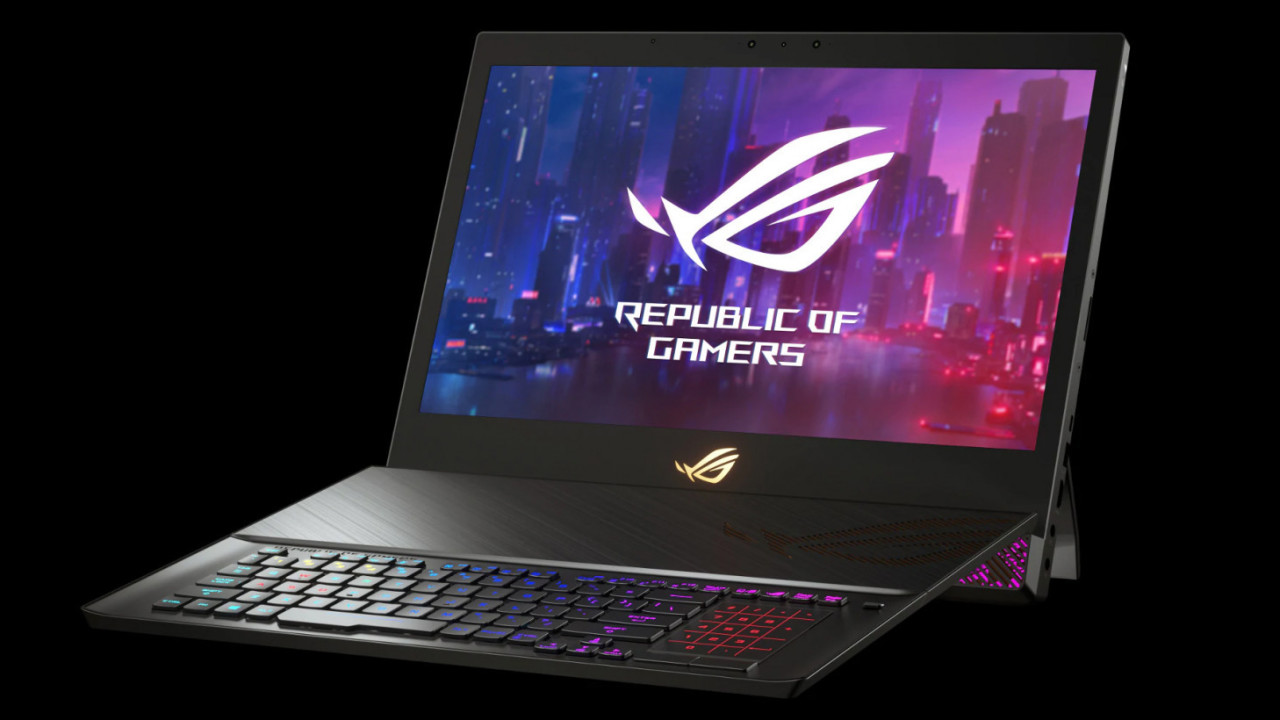 I can’t help but rag on gaming laptops that feature loud design elements and over-the-top RGB lighting, but I can certainly get behind ASUS‘ bonkers new ROG Mothership, which features a radical approach to cramming plenty of powerful hardware into a portable system.

This 17-inch machine is kind of like a cross between an all-in-one desktop and a full-blown gaming laptop: place it vertically on a flat surface, and a kickstand behind the screen pops out to prop up the display. The company says this helps with heat dissipation, and negates the need for a liquid cooling system for its powerful internals.

Next, the wireless keyboard flips down at an angle in front of the display, with the keys near the bottom of the panel. You can use it this way, or detach the panel from the laptop‘s magnetic connectors and fold it, so the keys are angled to your liking. You can also fold it flat in half, so only the keys and trackpad-numpad combo are visible, and place it wherever you like.

If the 17-inch screen isn’t big enough for you, ASUS has you covered. The Intel Core i9 chip, paired with Nvidia’s new RTX 2080 GPU with 8GB VRAM, can drive up to three external displays via HDMI, Thunderblot 3 and USB-C ports.

There’s plenty more under the hood: room for up to 64GB RAM, three 512GB SSDs in RAID 0 configuration for speed, three USB 3.1 ports, 3.5mm audio jacks, an ethernet port, and four 4W speakers. Oh, and the display is a 144Hz affair with a fast response time of 3ms, which means graphics should look buttery smooth.

All that adds up to a hefty 4.7kg in a 29.9mm-thick package. But if you’re the sort of gamer who demands the best possible performance from their machine, you probably won’t mind the Mothership’s size and weight too much.

While this isn’t really made for a casual gamer like me, I’m excited to see hardware brands trying to make their laptops more interesting than just a slab of metal with rainbow-colored keys. You’ll need to wait until Q2 of this year to get your hands on one; ASUS hasn’t announced pricing yet, but we’ll update this post when we know more.