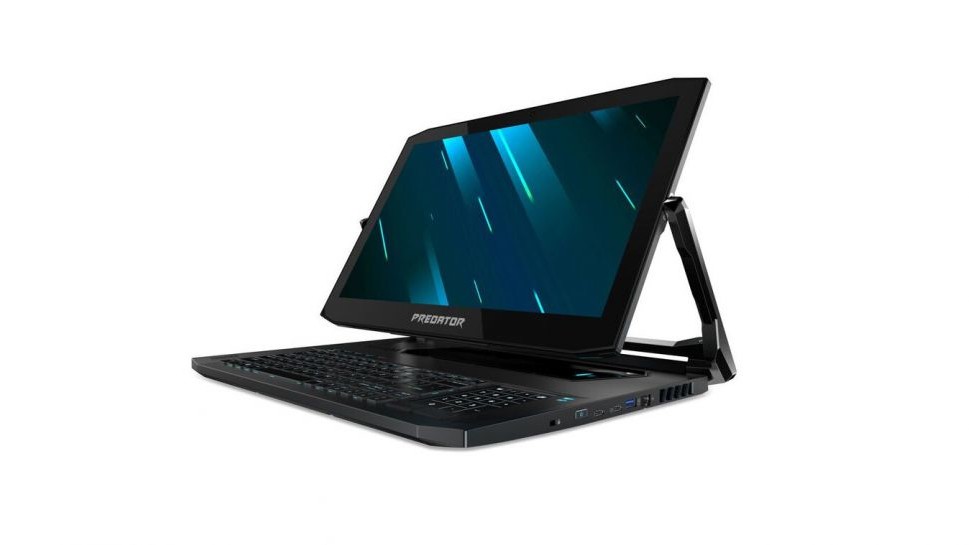 CES is upon us and it’s raining gaming laptops. After Samsung and Asus’ announcements, Acer has unveiled a curious $4,000 convertible laptop named the Predator Triton 900.

The device features a 17-inch 4K display supported by a CNC-machined Ezel Aero Hinge that allows you to flip, extend, or recline the screen while it remains attached to the base. It supports four display modes, including one that allows for touchscreen gaming and sketching.

The screen also has G-sync support to prevent screen tearing in games. Interestingly, the trackpad is placed on the right side of the keyboard to give users “natural hand placement for gaming using both the keyboard and trackpad.”

The Predator Triton 900 is powered by Intel’s 8th-gen Core i7 processor, supported by up to 32GB RAM. It also includes a top-of-the-line Nvidia Nvidia GeForce RTX 2080 graphics card for high-end performance with games. The device supports two 512GB NVMe PCIe RAID 0 SSDs as well, for fast read and write speeds. Plus, it features an Xbox wireless receiver, so you can use your console’s controller for desktop games without having to purchase an additional accessory.

For surround sound audio experience, the laptop features Waves Maxx and Waves Nx technology with head tracking. Despite packing all that hardware, the Predator Triton 900 manages to maintain a relatively slim profile at 23.75 mm (0.94 inches).

The laptop will be available in March in the US, China, and Europe. You can read more about the announcement here.