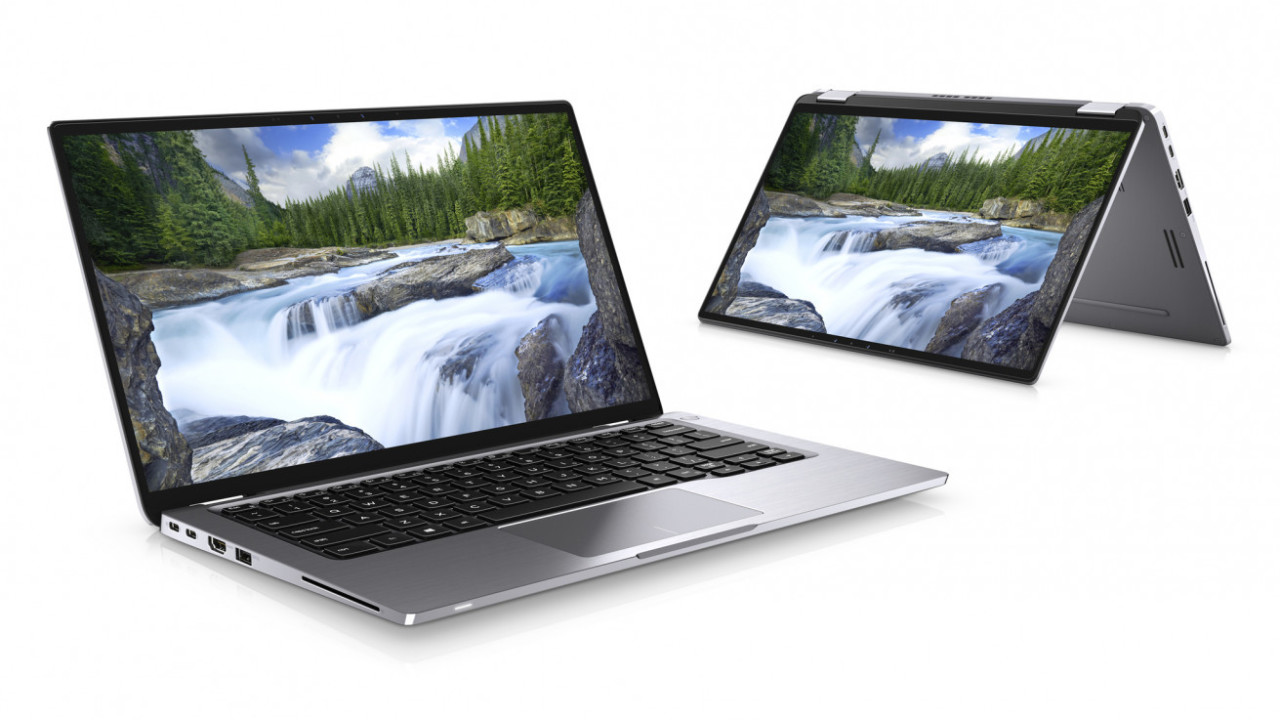 While Dell‘s XPS, Inspiron, and Alienware laptops are some of the most popular PCs around, it’s easy for mainstream consumers to forget the company has an entire series of business laptops too. Enter the new Latitude 7400: It may be a business laptop, but it’s just as compelling as any of the company’s XPS products.

For one, Dell claims it’s the smallest 14-inch 2-in-1. Like the XPS family, it features a tiny-bezel screen. But it actually one-ups the XPS line by eliminating the ginormous chin. The camera is in the right place too – above the screen, avoiding a view up your nostrils during Skype calls.

The chassis weighs just 3 pounds but feels sturdy with a brushed aluminum top and magnesium alloy bottom. Unlike most convertibles, you still get a solid selection of ports with two USB-A ports, two USB-C (Thunderbolt 3) ports, HDMI, and a memory card reader. The keyboard also feels deliciously clicky in a way relatively rare for such slim laptops, with plenty of travel.

Inside you get an 8th Gen U-series processor, up to 16GB of RAM, and up to 2TB of NVMe storage. LTE is available as an option. Dell promises good thermals too, using a new aerogel-based solution to prevent throttling.

The company also says the 7400 has the best battery life in its category. The company claims it’ll run for 24 hours on a single charge if you opt for the 78 Whr option (as testing with Mobile Mark 14). You’re limited to a 1080p display to save battery, but it’s a nice looking-panel at least, and it supports Dell‘s Active stylus.

Lastly, the 7400 has a nifty trick ups its sleeve too: It’s the first laptop I’m aware that incorporates a proximity sensor for Windows Hello. That means you needn’t even touch a button to wake it from sleep – just plop your face in front of it. Better yet, it’ll automatically lock the laptop when you walk away from it, preventing your coworkers from posting an embarrassing Facebook status when you go grab a coffee.

The Latitude 7400 goes on sale in March starting at $1,600. It’s not clear what sort of configuration you’ll get for that money, but it’s worth a look over some of the company’s more mainstream products.