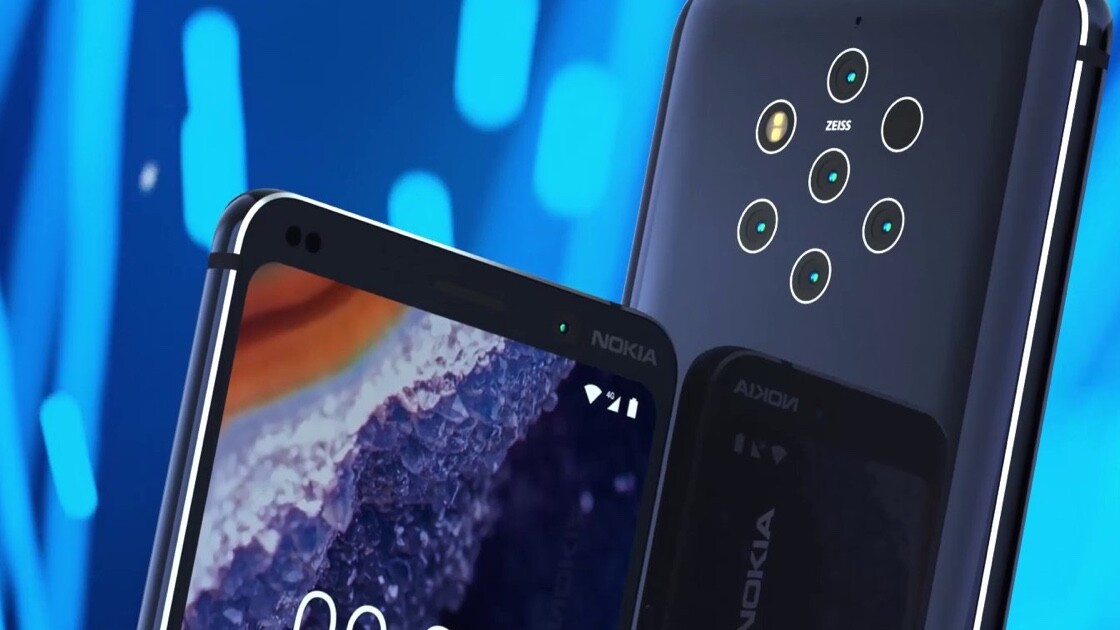 In September 2018, a leaked photo suggested that Nokia planned to launch a phone with five rear cameras, called the Nokia 9. Now, thanks to reporter Evan Blass, we’ve caught our first glimpse of the device’s design.

Blass tweeted an image of the phone (possibly a press render) indicating that the phone will likely sport five Zeiss-designed lenses. Additionally, the phone will have an under-the-screen fingerprint sensor.

Hours after Blass posted the picture, MySmartPrice posted a leaked product video showing off the phone in all its glory. The video suggests that the phone will rock a 5.99-inch 2K HDR10 screen. It’ll be powered by the latest Snapdragon 845 chip, along with 6GB RAM. Plus, it’s slated to join the Android One bandwagon, meaning it’ll get Android 9 and receive timely software updates.

The video also shows some camera features that we’ve been dying to hear about: Five simultaneous shots, incredibly detailed photos, and 10 times more light capture as compared to other phones.

Looking at the specifications, we can guess that the Nokia 9 will carry a $800-plus price tag. There’s no word on the launch date yet, but we’re already excited to try the phone to see what all those cameras can do together.

While you wait, here’s a rundown of everything you can expect from smartphone cameras in 2019.