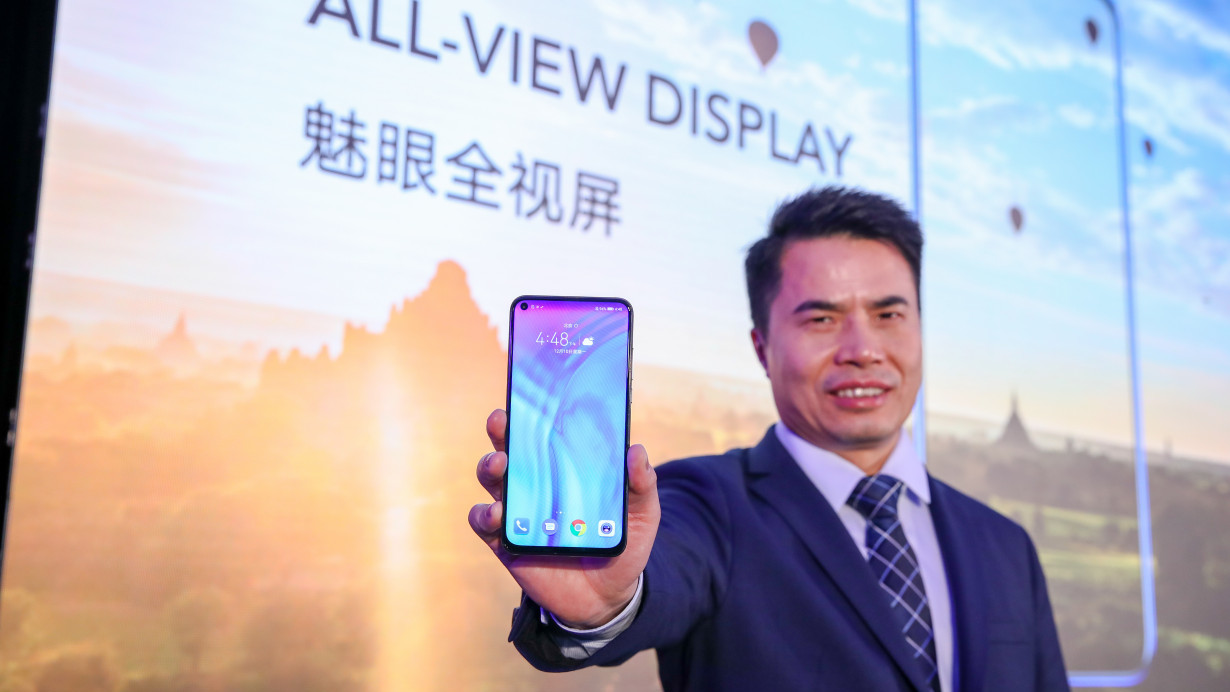 On Monday, Huawei’s mobile sub-brand Honor announced the upcoming View20 smartphone at a packed-out event in the middle of Hong Kong. This device is exciting for a couple of reasons.

Firstly, it comes with a 48MP rear camera, which, according to the company, takes shots that can rival the quality you’d get from a DSLR camera. But perhaps most exciting of all, it ditches the dreaded notch entirely.

Unlike the approaches found in the Vivo Nex and the Honor Magic 2, the forthcoming Honor View 20 has a small hole on the top-left of the screen which conceals the front-facing camera.

At a tour of the company’s R&D facilities on the outskirts of Beijing, TNW got the chance to learn about how this feature works.

One area the company pained to get right was the positioning of the hole. The company experimented with three different positionings of the front-facing camera: top-left, top-right, and center. It then took these prototypes to consumers in Europe and China (two of the biggest markets for Honor) and asked their opinions.

This research proved that consumers massively favored situating the camera on the top-left corner of the phone.

“Is it better to put it on the left or the right? We can take a look at our own smartphone. The battery and time information are on the right-hand side,” an Honor representative explained.

The All-View Display of the Honor View20 uses a partially-penetrating approach. The screen on the device consists of eighteen distinct layers, but the camera only cuts into one: the light-guide plate, which is located next to the TFT element.

The company experimented with drilling a hole through the all eighteen layers of the display, but problems quickly arose, forcing it to abandon that approach.

“If you drill a physical hole on the glass, the glass can shard easily. In order to drill a hole, we need to reserve a large border for that hole. And on the side, maybe the light will leak in or leak out,” the Honor representative said.

If Honor persisted with the all-penetrating hole, the selfie hole would be physically bigger – 6.7mm instead of the 4.5mm of the partially-penetrating hole. This would strip a few percentage points from the all-important screen-to-body ratio.

Honor is confident that in-screen cameras are the future of smartphone design, and will inevitably usurp all other approaches. “We believe in a future 1 to 2 years this will be the solution that could deliver the best full-view display,” Honor told TNW.

It’s worth mentioning that Honor isn’t the only company experimenting with hole-punch front-facing cameras. The upcoming Samsung Galaxy S10 is expected to follow suit, if the leaked renders we’ve seen are to be believed.

Honor is expected to formally unveil the device at an event in Beijing on December 26, 2018. There’s a separate launch event for the European market which will take place in Paris towards the tail-end of January.  Suffice to say, we’re pretty excited about this phone. Keep an eye out for our coverage.