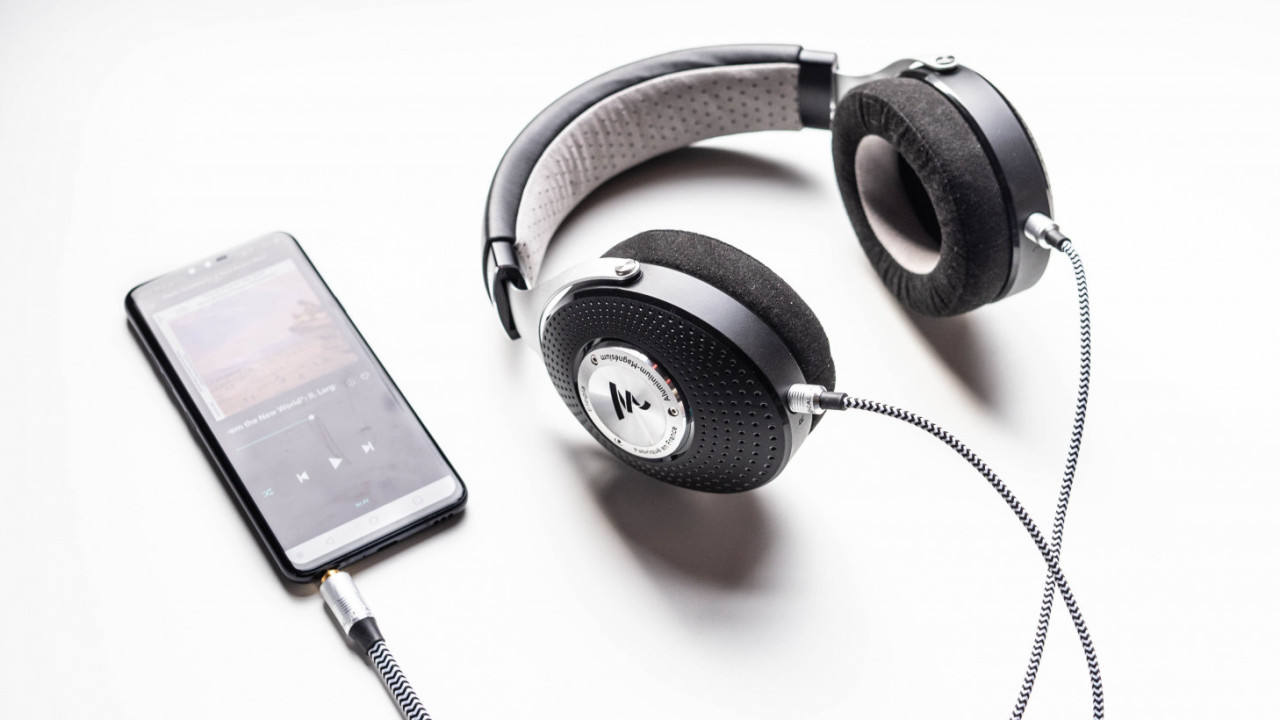 The Focal Elegia is not your typical high-end headphone. After the highly successful Utopia and Clear, the Elegia is Focal Audio’s first contribution into the high-end closed market. Closed-back headphones have traditionally been something of a rarity in the high-end market, simply because physics makes it harder to reduce resonances and distortion on closed headphones, and limits the sense of space compared to open-back cans.

More recently, headphone companies have been trying to balance the scales, because it turns out some people would rather their headphone experience be a bit more private. We demand decent isolation from our portable cans, and some audiophiles would like to have that on their premium cans too.

That appears to be the mindset behind the Elegia. Like Sennheiser with the HD820, Focal tried to make a closed headphone that replicated the qualities of its flagship cans in a closed-back setting. Mercifully, Focal’s pricing is more reasonable. At $899, it’s cheaper than the Clear ($1,500) or Utopia ($4,000) were at launch. Despite all its merits, the HD820 is a much tougher pill to swallow at $2,400.

For the most part, Focal succeeded. The Elegia exhibits many of the best qualities of Focal’s headphone family, although it makes some compromises getting there.

Aesthetically, it’s very much a Focal headphone. Its build is nigh-identical to the Clear, Elear, and Elex before it, except the pads are different and the metal mesh is replaced with a plastic back designed to minimize resonances. It’s a classy and comfortable headphone. I had no trouble wearing it for hours, and the pads are large enough without being as awkwardly huge as the HD820’s.

The pads create a solid seal and help block out more noise than most of the competition I’ve tried, including the aforementioned Sennheisers, Denon’s D9200, and most full-size headphones with passive isolation only. They don’t leak out much noise either, making the Elegia suitable for portable and office use. That said, Sony’s similarly-priced MDR-Z7M2 manages to be both slightly more comfortable and significantly more isolating.

The Elegia comes with a neat hard-shell carrying case, as well as a 3.5mm cable and a 6.3mm adapter. This cable is annoying though. Focal intended the Elegia to be used with portable devices, but even after a solid month of use, the cable remains frustratingly stiff. Thankfully, it’s replaceable and aftermarket ones are cheap.

Now for the important part: The Elegia’s sound is… unusual. Mostly in a good way, but it’s also clear these are not the most accessible headphones, especially if you’re mostly used to closed-back headphones and/or this is your first foray into the high-end market.

The first thing that hits you is the spatial presentation. The Elegia doesn’t sound particularly huge, but that’s not surprising – all of Focal’s headphones have small (AKA ‘intimate’) soundstages. It doesn’t feel much smaller than the Clear and Utopia, and for closed headphones, the size of the soundstage is pretty average.

But where it excels is with a sense of openness. Yes, a headphone can sound open without a huge soundstage. It’s tricky to describe, but the Elegia doesn’t sound stuffy or closed-in. It’s transparent enough to almost make you forget you’re listening to a closed-back headphone. Again, it’s very akin to the Clear and Utopia – intimate, but with distinct instrument separation. Focal did a fantastic job with eliminating the offending resonances, perhaps even better than the HD820.

To achieve that clarity, Focal made some interesting choices designing the Elegia’s frequency response. Spend some time on headphone forums and you’ll see the Elegia has been somewhat divisive since their launch. Some people – including me – think it’s a bit bass light. Others think the bass is neutral. Some think the Elegia is bright. Other’s think it’s neutral.

Audio always has a significant dose of subjectivity, but a look at the frequency response compared to the Clear helps explain some of the discrepancies:

A note about measurements: I’ve recently started taking headphone measurements using the MiniDSP EARS, a set of calibrated microphones embedded within ear molds. Please keep in mind this is not an industry-standard tool and should not be used to determine a headphone‘s sound in isolation. Don’t compare to other measurements online, as I can only claim reliability against other headphones measured on my exact setup.

For more on how to read a frequency response graph, here’s a good resource. I’m using the EARs default ‘target curve’ – you can read more about target curves here. These measurements are meant as a visual supplement and do not take precedence over subjective listening impressions, which may be different due to inherent flaws with my test rig, especially in the treble.

In blue is the Focal Clear, in purple is the Elegia. I’m using the Clear as a comparison both because it’s a popular Focal headphone but also because it fits my idea of ‘neutral’ almost perfectly. You can see that the headphones are similar in most of the midrange and much of the treble, but differ in key areas.

Where the Clear has a fairly typical, smooth roll-off from the mid-bass region into the sub-bass, the Elegia has a significant drop-off going from 300hz to about 180hz. This is presumably to avoid the bloated-bass so typical in closed-back cans – the Sennheiser HD820 does something similar. It works, but like the HD820, I think the Elegia overcompensates. Going further left into the frequency graph, we see the Elegia picks up the slack in the sub-bass.

See, it’s pretty unusual for a closed-back headphone to dip down in the midbass like that. For another comparison, here’s what the frequency response looks like on Sony’s 1000XM3(in red), which has a very mainstream tuning:

On the Sony’s, as with most closed headphones, you get more bass coming in from the mids, not less.

The sub-bass to midbass ratio translates to more ‘rumble’ than ‘thump,’ and as a result, the Elegia might sound bass-shy on tracks with more mid-bass and bass-strong on tracks with more sub-bass. Either way, no one will think it has too much bass. On the plus side, this does mean the low-end is extremely tight and articulate for a closed-back headphone – it’s just not always as present as I’d like.

The treble is less contentious. For the most part the treble sounds smooth and detailed, but it can be harsh on some tracks. This is partly because I’d often turn up the volume to get more bass thump, only to turn it back down again when the peaks became unpleasant. Combined with the recessed midbass, it makes for a rather ‘dry’ sound that makes it easy to pick out detail (and flaws) in your music. If the Clear is a ‘neutral’ headphone, then the Elegia leans ever so slightly towards brightness to my ear.

In general, I felt the Elegia performed strongest with acoustic music with real instruments, where its intimacy is welcome and its imaging chops appreciated. The midbass makes it a weaker choice for mainstream pop and hip-hop, though the sub-bass meant they weren’t totally at a loss, and still performed well for some electronic music and movies. They dry tonality also makes them a good choice for gaming – not the widest soundstage, but great for pinpointing enemy locations without positioning getting lost in boomy explosions.

More than anything, it’s just a sound signature I had to get used to. I had immediately loved the Focal Clear, but the first week or two using the Elegia… I just couldn’t get into it. Certainly not against the HD820, Sony Z7M2, or D9200 I was demoing at the time, nor the mainstream headphones I test more regularly.

Once you acclimate – if you acclimate – the typical strengths of Focal headphones are there. Very low distortion and excellent resolution, transient response, imaging, and dynamics. Despite a fairly dry sound, the dynamics of the headphone prevents them from coming across as boring. It’s also worth noting that if you’re coming from open-back headphones, which already tend to be lighter in the bass, the transition may be easier.

And in terms of detail, I have to give kudos for what Focal has done here. These get you really, really close to the Clears and HD820, despite costing $600 and $1,500 less, respectively. Due to the hollow-ish midbass, its timbre isn’t as good as the Focal Clears – but very few headphones compate. It’s better than the HD820 in this regard, which has a more pronounced mid-bass dip. Besides, the Elegia respond very well to EQ; a few DB up around 150hz fixes most of my problems with its tonality.

Before I finish up, I should highlight that part of Focal’s goal was to make one of the best-sounding portable cans – or at least ‘portable’ by audiophile standards anyway. While its size and stiff cable limits the Elegias practicality, it isolates well and leaks little sound. Moreover, it’s super easy to drive out of any half-decent portable source – it sounded just as good from an LG V40 and Radsone ES100 as it did from my desktop source. You might benefit slightly from a better source, but the Elegia stands among relatively few full-size headphones in its class that doesn’t majorly benefit from one. This is about as commute-friendly as audiophile headphones get without opting for earbuds.

Focal tried to make one of the best closed-back headphones, and for the most part, I think it’s succeeded. The Elegia just isn’t quite for me, and I recommend you try before buying unless you know this is the type of sound you’re looking for. I’d summarize it as such:

If you want a fun headphone with powerful bass, a massive soundstage, or silky-smooth treble, these aren’t for you. You might want to consider Sony’s similarly-priced Z7M2 as an alternative that better exhibits these qualities.

But with the Elegia, Focal is asking you to reconsider what closed-back headphone should sound like.

If you value dynamics, tons of detail, openness, and if you prefer something closer to neutrality than a stereotypically ‘fun’ sound – or don’t mind a little EQing – the Elegia is a highly capable headphone well worth your consideration. Again, it’s one of few headphones in this price range that genuinely isolates and sounds great driven out of a cellphone. Whether or not the tuning is for you, the Elegia is a unique offering among closed headphones that tend to sound so similar, and for that at least, I’m glad it’s an option.