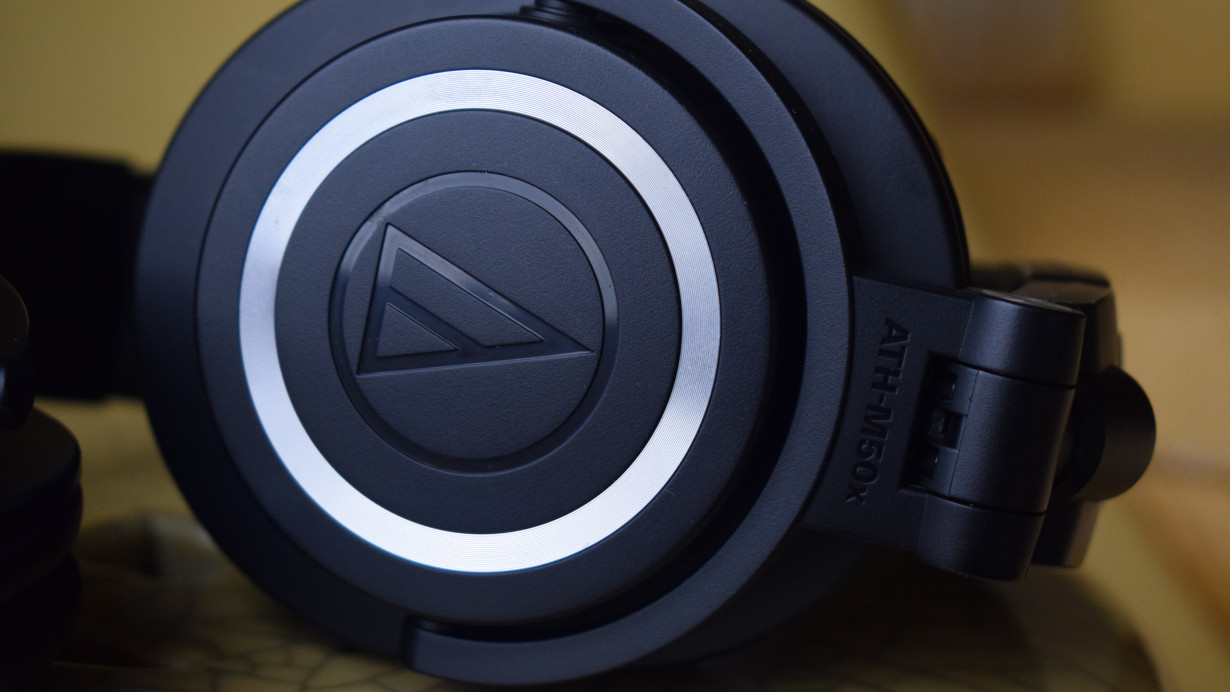 How do you improve upon something that’s already regarded by many as the best in its class? That’s the problem Audio Technica had with its legendary ATH-M50X studio headphones. Thanks to their crystal clarity and artisan precision, these cans have amassed an army of enthusiastic evangelists, ranging from professional producers and sound engineers, to everyday audiophiles.

Like I said, how do you improve on that? It’s a tricky proposition, but if you’re Audio Technica, the answer is simple: shove a Bluetooth radio in it.

A couple of weeks ago, the company mailed me a review unit of the ATH-M50X wireless studio headphones, and I’m delighted to say I’m a fan.  Everything that made its predecessor unique is present here, but it’s augmented with the added convenience of wireless connectivity.

Audio Technica is not one to prioritize style over substance. There’s something deliberately understated and subdued about its headphones.  That’s not a slight, nor am I trying to to say it’s ugly– just that it’s a straightforward black pair of headphones, and not especially flash. Overall, the design is profoundly utilitarian in nature. It’s rugged. Reliable. Timeless.

One the design front, one thing Audio Technica does well is controls. The buttons that on the side of the cans are distinctly sturdy and pressable. They’re constructed out of solid plastic, rather than a membrane material — unlike other wireless headphones I’ve reviewed in recent years. When you hit the volume-control buttons, they register immediately — as they should.

The headband is comfortable, and has enough flex to fit most head shapes. Meanwhile, the cups can rotate a fair bit, and the design allows the headphones to be easily folded and stowed away when not in use. They’re also wide enough to encompass most ear shapes.

Hiding in the ATH-M50X is a battery that should last 40 hours. In our testing, we found that to be fairly conservative, and our review unit regularly outperformed this figure. I last charged these cans six days ago, and they’re still going strong. And that’s with me using them non-stop during an ultra-long haul flight from England to Hong Kong.

Here, my friends, is where things get interesting. And forgive me if I gush a little bit, because I’m rather in love with these cans.

The ATH-M50XBT are wonderful, well balanced headphones that live up to their reputation, and then some. They have a pleasant, neutral profile that refrains from distorting audio by over-emphasizing either the bass or treble ranges. They reproduce music with a level of faithfulness that you’d expect from a pair of high-quality studio monitors.

Although they’re solid all-rounders, the ATH-M50X really outperform themselves when playing classical symphonies or elaborate jazz compositions. Because they afford the listener so much depth and space, vocals sound utterly exquisite, while you can easily distinguish individual instruments in complex orchestral performances. All things considered, these are utterly mind-blowing.

The one song that hammered home this point was ‘Merry Christmas Mr Lawrence,’ by the Japanese composer Ryuichi Sakamoto, taken from his 2009 album Playing The Piano. The space and detail afforded by these cans allowed each note to positively shimmer, which created a feeling of frisson I’ve rarely experienced when listening to classical music.

The downside to this, however, is that music that’s poorly mixed or compressed sounds truly awful. Similarly, listening to low-bitrate music on these feels a lit like eating a grotty two-day old kebab on the finest bone china plates; you know it’s crap, but you’re just that bit more aware of it.

Who is the Audio-Technica ATH-M50X for?

Do you like music? Then these are for you. They’re just lovely, lovely headphones. Audio-Technica has preserved everything that made the wired version distinctly special, but with the added convenience of wireless portability.

Honestly, these are the best headphones I’ve reviewed this year. I can’t say enough nice things about them.

Typically, this is the part where I mention other potential alternatives for you, the reader, to compare and contrast. But today, I’m breaking with tradition. While it’s absolutely true I’ve reviewed some truly excellent cans this year, like the gorgeous Brainwavz HM100 studio monitors, these are just better.