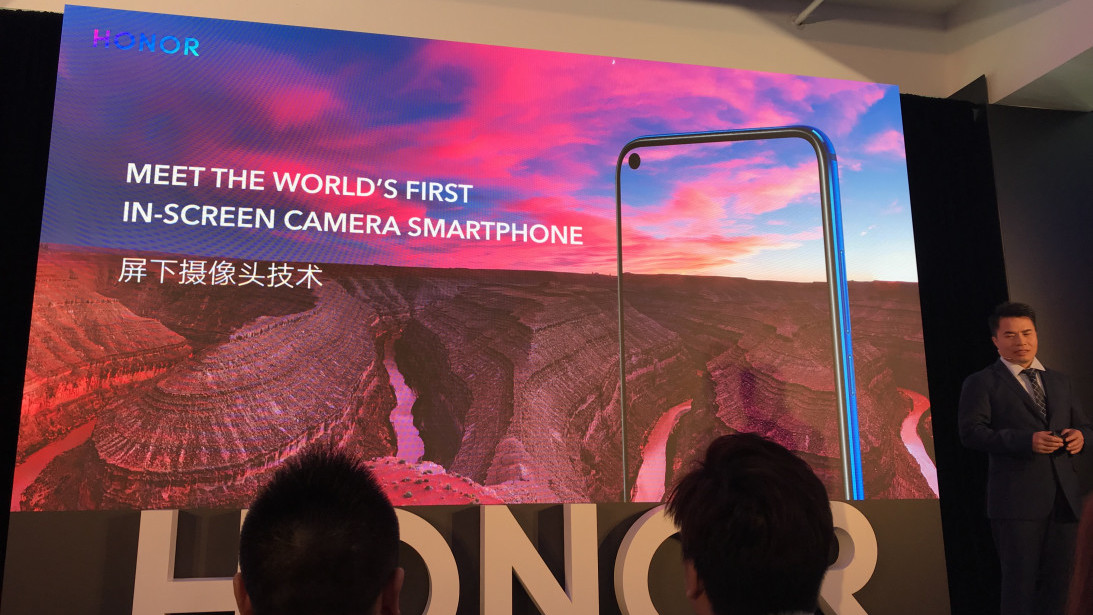 Huawei’s Honor just fired a massive volley in the smartphone megapixel war. At an event in Hong Kong, the company announced its latest model — the Honor View20. This phone comes with a 48-megapixel rear-facing camera, and a selfie camera that’s embedded within the screen.

Powering the rear-facing camera is Sony’s IMX586 sensor, which is coupled with the AI and image processing features of Huawei’s HiSilicon Kirin 980 chipset. This is the same SoC that’s found its way into phones like the Huawei Mate 20 Pro and the Honor Magic 2, and is certainly no slouch.

The View20 has a 1/2.0-inch CMOS, and uses the same Light Fusion technology found in previous Huawei flagships, which allows the phone to stitch together multiple photos in order to create better low-light images.

Sheer megapixels admittedly aren’t everything. When it comes to taking great photos, there are many factors at play that transcend this one metric. That said, Honor is confident that its upcoming smartphone camera isn’t just style over substance. It promises that it’ll rival DSLR cameras in picture quality, which is quite a big boast. That said, given the photo samples we’ve seen, we’re certainly impressed.

The news comes as rival smartphone manufacturer Xiaomi announced its own 48-megapixel smartphone camera, also based on the Sony IMX586 sensor. This will be present on the company’s upcoming Redmi handset, due to be released in January, which will be based on Qualcomm’s Snapdragon 675 platform.

The View 20 also comes with a new completely bezel-less display which embeds the front-facing selfie camera within the display itself.

Details are few and far between, but the display — known as the Honor All-View Display — reportedly uses an 18-layer technology stack. It promises to allow the manufacturer to build phones with an almost 100-percent screen-to-body ratio, as the hole for the camera has a diameter of just 4.5mm.

Hands on with the Honor View20. The selfie hole is *tiny*. pic.twitter.com/HX5c3p0G8k

Although notches can now be found on the face of almost every phone released nowadays, the reality is that it’s bad design. It was a fudge – a compromise – designed to placate the desire for ever-increasing screen real estate.

Smartphone manufacturers are increasingly adopting innovative approaches to ditching the notch altogether. Honor’s Magic 2 phone, for example, uses a slider mechanism to hide the front-facing camera and facial recognition sensor. The Vivo Nex, on the other hand, houses the selfie camera in a pop-up mechanism.

In terms of reliability and durability, moving mechanisms aren’t great. Hiding the camera under the display should mean that the phone itself is completely solid-state, with no moving parts, and therefore less liable to develop mechanical faults.

Another interesting feature found in the View20 is the ability to multiplex both Wi-Fi and cellular data connections, allowing the user to use both simultaneously. This allows the user to compensate for slow and unreliable network connections. Honor’s calling this tech Link Turbo, and it’s also available on the recently-released Honor Magic 2.

The View 20 will be launched at an event in Paris in January 22, 2019, where we’ll find out more details about the upcoming flagship.