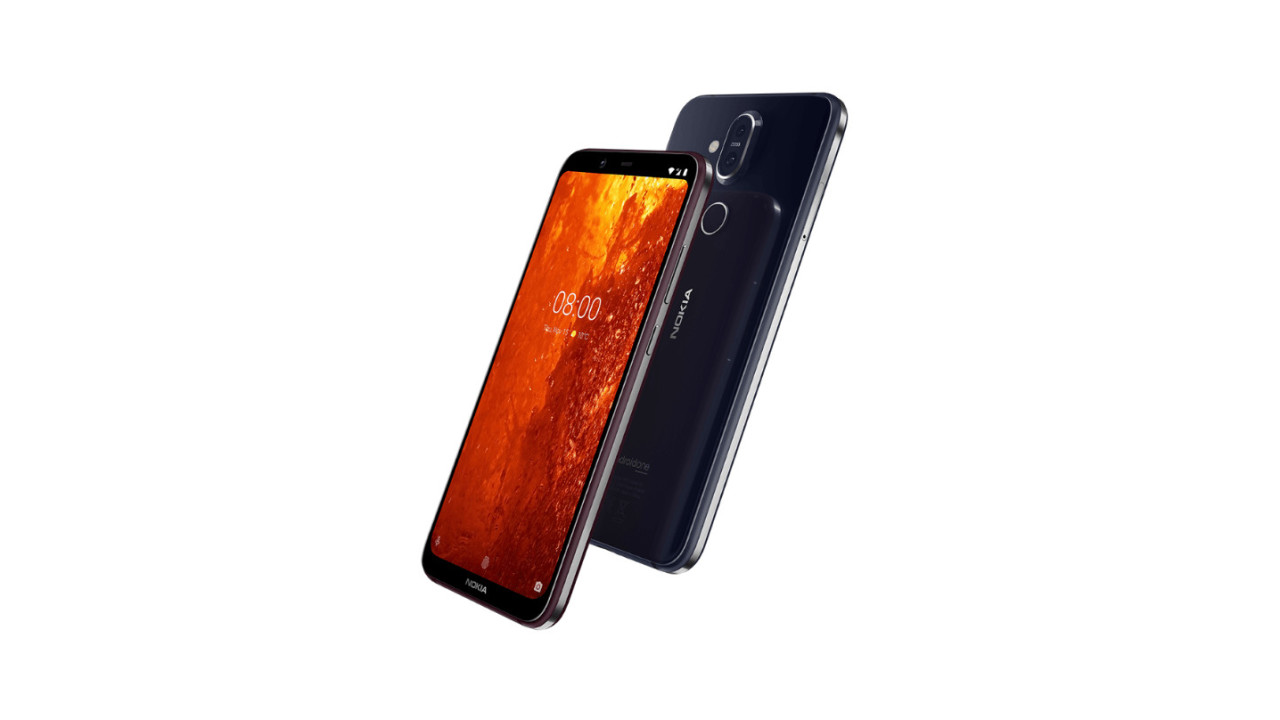 I say “flagship,” but when it comes to its price point, it’s firmly lodged in mid-range territory, as the Nokia 8.1 retails for £379.99 in the UK and €399 in the Eurozone. That puts it within the same price bracket as other worthy contenders, including the Honor 10 and Xiaomi’s Poco F1.

With the Nokia 8.1, HMD is enthusiastically touting the handset’s battery life, the quality of the 6.18-inch FHD+ display, and the ability of the rear-shooter to capture stunning photographs, particularly in challenging low-light conditions.

Let’s talk about the display. The Nokia 8.1’s display is large, but not oppressively so. It’s nothing like the Honor 8X Max, which packs a display in excess of seven inches. Thanks to the slender bezels, it should be easy enough to grasp.

And like pretty much every phone released now, the Nokia 8.1 comes with a notch. This is a bit chunky, especially in comparison to recent devices like the garden-variety Honor 8X, but it’s still within acceptable parameters. Meanwhile, the phone’s “chin” contains the famous Nokia branding.

The Nokia 8.1 also boasts HMD’s PureDisplay screen technology, which first made an appearance on the earlier Nokia 7.1, and promises richer colors and higher contrast. It supports the HDR10, which is good news for those who spend a lot of time devouring movies during their commute.

Powering this is a battery which HMD Global promises can last two days with one charge. I’m generally a bit skeptical with claims like this, usually because they’re contingent upon quite conservative usage patterns, and don’t accurately reflect how the ordinary person uses their handset. That said, it’s certainly not unheard of. The BlackBerry Key2, for example, was renowned for its multi-day battery performance.

Helping HMD Global hit their battery life goals is the inclusion of the energy-sipping Snapdragon 710 SoC (or “platform,” as Qualcomm would rather us say). This is the same chipset found on mid-range blowers like the Xiaomi Mi 8 SE, and indeed, the earlier Nokia 7.1 Plus.

Although this is a mid-range chip, it’s a major step forward from the predecessor. Punters can expect 35 percent faster graphics and 20 percent higher overall performance. It’s also better suited to AI tasks, thanks to its built-in multi-core AI engine.

Finally, let’s touch on the camera. Nokia is well known for its love affair with Carl Zeiss’ camera lenses. The partnership between the two brands spans well over a decade, and it’s nice to see that it’s continuing to thrive, despite the fact that it’s HMD Global pulling the strings at Espoo now.

The main camera is rated to 12MP. This doesn’t sound like much, but it’s worth remembering that sheer megapixels aren’t anything, and a lot of effort has been made into ensuring the rear shooter performs well in low-light conditions. It packs a massive sensor with large 1.4 micron pixels, and a wide aperture that supports longer exposure times when paired with the camera’s manual mode.

The Nokia 8.1 will be available mid-January, in a range of metallic-hued colors. You’ll be able to pick it up from the usual suspects, including Amazon and your preferred phone retailer.