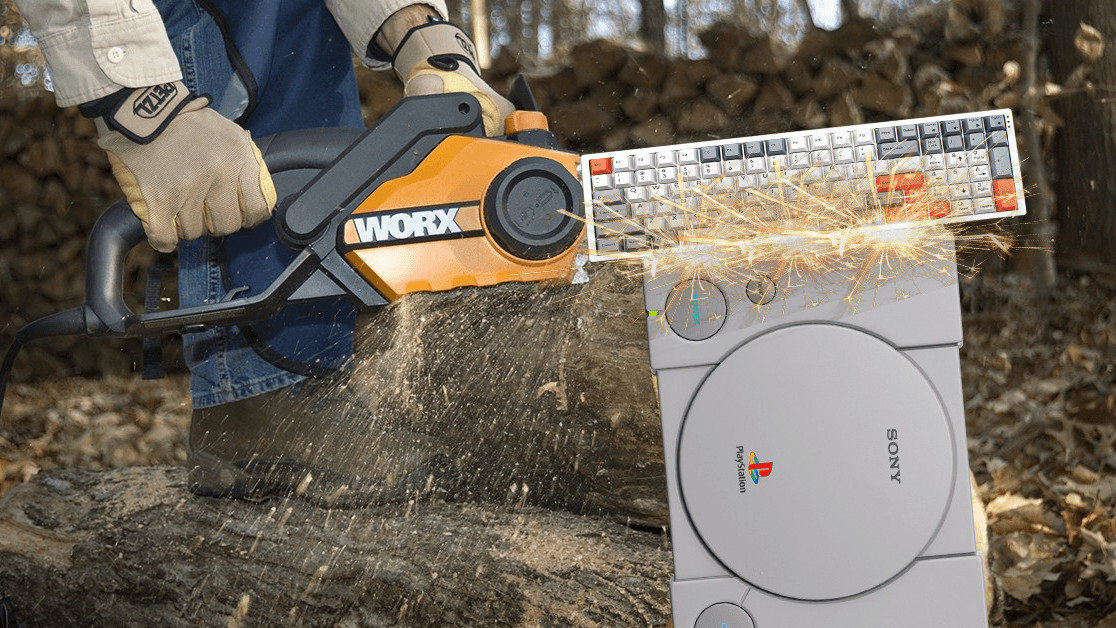 We need to update the infinite monkey theorem. This states that a monkey hitting keys on a typewriter will eventually type out a complete published text, you know, like Hamlet or something.

Things are different these days. I mean, who (apart from Instagram-loving hipsters) even has a typewriter anymore? This is why we need a new theorem. The YouTuber thereom. You know, something like if you put a piece of hardware in a room full of YouTubers, someone is eventually going to hack it or find a hidden feature. Kinda like the folks who discovered you could access the PlayStation Classic settings with a keyboard.

You can see the full video from the Retro Gaming Channel here:

Basically, you can access the PlayStation Classic’s emulator settings. You do this by plugging a USB keyboard into the console and – when you start up a game – hitting escape. This gives you access to the emulator. You can mess around with all manner of things here, including changing the frame rate, using cheats, adding scanlines, and accessing multiple saves.

There are some disclaimers though. First off, this doesn’t seem to work with just any keyboard. According to comments below the video, it only works with Logitec and Corsair keyboards. There have been a fair number of folks struggling to get this to work, but some have:

Despite this, there appear to be a number of people struggling to get it to work with their keyboard:

But, let’s assume you can get this to work. This is not a safe thing to do with PlayStation Classic. Messing about with it in this way could brick the device and leave it useless, even if that seems somewhat unlikely.

Why is this interesting?

First, let’s assume it’s totally legit. The expert consensus around the PlayStation Classic is that while the games on it are terrific, the console itself leaves something to be desired. This ability to access emulator settings might solve that problem.

As explored in this Digital Foundry review, the PlayStation Classic a lot of playability issues. This includes having almost no way to tweak any settings, glitches galore, sound issues, games slowing down, and, importantly, a selection of titles that run on PAL.

To cut a long story short, PAL is a European video standard which outputs in 50hz (which means 50 frames are displayed per second), but most games were designed for NTSC systems that ran at 60hz.

While this caused problems in the old days, things are even worse with the PlayStation Classic. Certain games on this console are PAL versions (meaning they run at 50hz), but are being displayed at 60hz. The conversion between the two formats leads to repeated frames and games playing slowly. Tekken 3 is probably the most egregious example.

So, this is where having access to emulator settings is exciting. If you can get into the hidden menu, theoretically you can make games play better. For example, you could switch the console to deliver a 60hz version of a PAL game.

You should bear in mind that we haven’t tested this ourselves, so the console’s hardware might not be up to delivering this level of play. Still, it’s pretty cool.

Before we go though, another warning. Messing about with your PlayStation Classic can permanently damage it. Just because the YouTube theorem is now a thing doesn’t mean you need to follow it. Play safe.