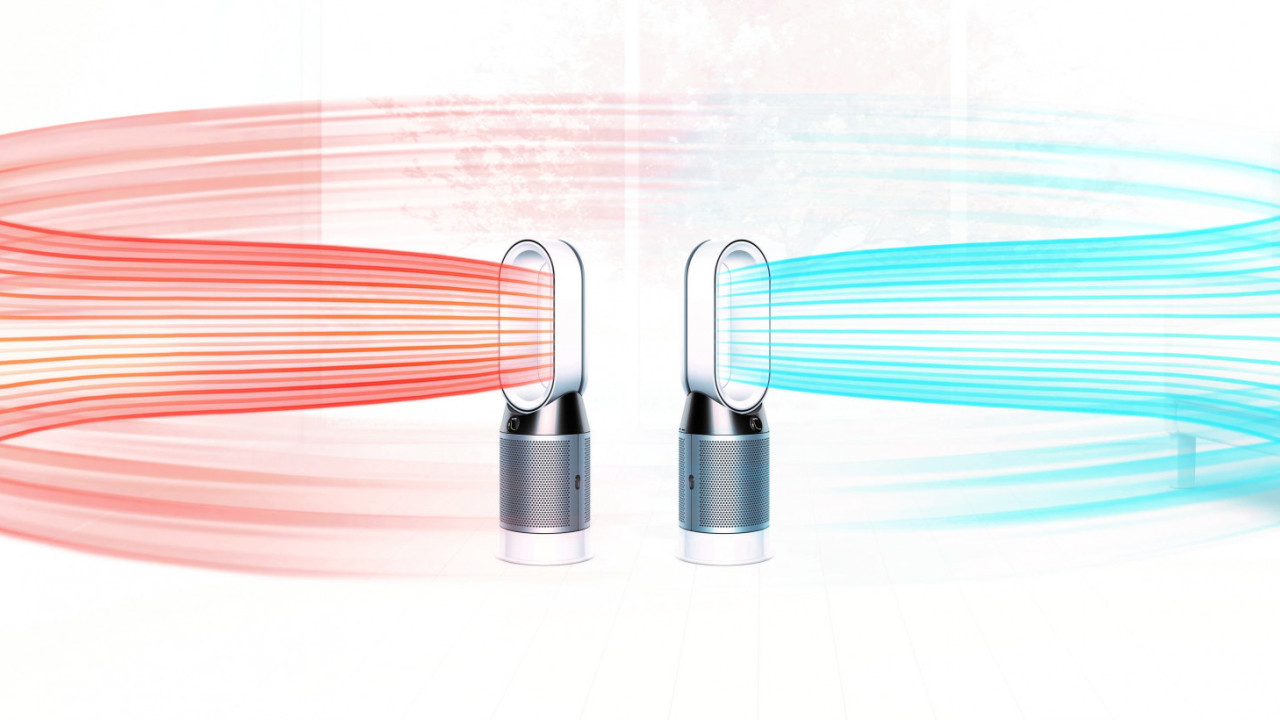 A couple of months ago, I reviewed Dyson’s Pure Cool fan and air purifier combination, which I quite liked and seemed to help manage my dog’s allegies. Now that winter has a come, Dyson is updating its family with something more fit to the season: The company is today introducing the Pure Hot+Cool, a follow up on its original Pure Hot+Cool Link.

As you’ve probably guessed from the name, this wind machine also works as a space heater. The specs are largely similar to the Pure Cool, with a HEPA filter that Dyson claims captures 99.97 percent of particles at 0.3 microns, such as allergens, bacteria, mold spores, and more. Activated carbon filters handle gases such as Nitrogen dioxide, formaldehyde and benzene.

The fans Pure Hot+Cool incoporates Dyson’s fancy ‘where-is-the-air-coming-from’ design, with the fan hidden in the base. Theoretically, this design helps improve the directivity of the airflow, aided by a base that can rotate 350 degrees to cover a whole room.

Should you only want heating or air purifying without the air blasting you in the face, you can also set the device to diffuse air backward instead of the usual forward stream. It also has the benefit of running a little quieter this way.

As with the Pure Cool tower I tested, there’s a small LCD screen with information about the air quality and temperature. You can also monitor this information and control the device via Dyson’s Link app, the latter which really comes in handy when you want to turn down the fan and are too lazy to get out of bed.

And as with every Dyson product, the kicker is the price. $649 for a space heater/air purifier combo is not an easy pill to swallow, even if it does come in the form of a futuristic-looking fan.

Then again, it’s a pretty unique combination of features, Dyson isn’t known for being a budget brand, and the company makes good stuff. It’s up to you to decide whether that’s worth it, but we’ll be testing the device in the coming weeks. If it’s already piqued your interest though, you can pick one up from Dyson’s site today.