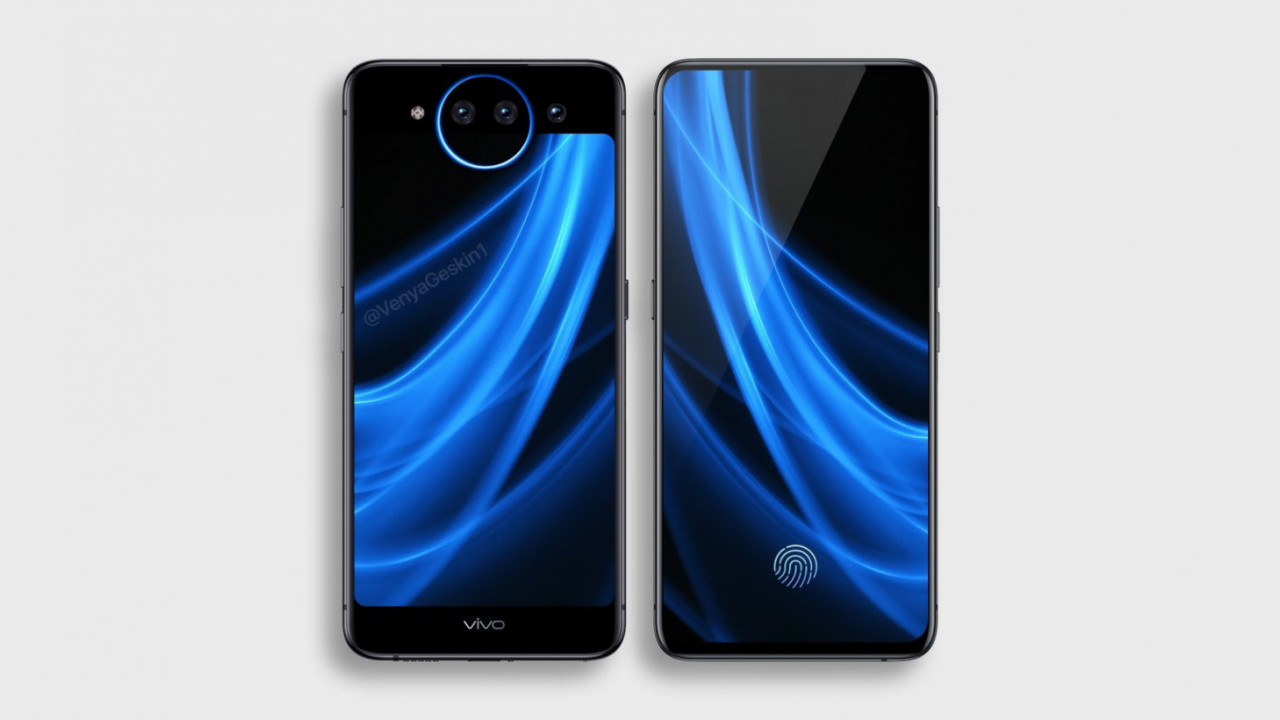 It looks like Vivo is close to unveiling the successor to its impressive bezel-less Nex phone, according to a leak from Ben Geskin – and if his intel is accurate, we could have a pretty compelling device to look forward to soon.

Based on the rendered images – and this secretive unboxing from YouTuber Mrwhosetheboss below, it looks like the Nex 2 will get displays on the front and back, kind of like the recent Nubia X. One screen will be free of bezels, while three cameras and an LED ring take up space near the top of the other screen.

While the previous Nex’ claim to fame was a front camera that popped up from the top of the device (so as to allow for a bezel-less display), this model is rumored to feature a time-of-flight scanner that can capture 3D models of whatever’s in front of its three cameras.

It maps objects by firing pulses of light and then measuring the time taken for that light to return from up to three meters away – allowing for applications like high-fidelity facial recognition and augmented reality experiences. Vivo demonstrated this technology earlier this year, and it’ll be interesting to see if it arrives on a commercially available device soon.

It’s unclear as to exactly what that LED ring is for, but it could possibly be part of the time-of-flight scanner system.

Vivo is expected to show off a new device in December, so hopefully it won’t be long before we find out what the company’s been working on. Stay tuned to Plugged for our coverage.