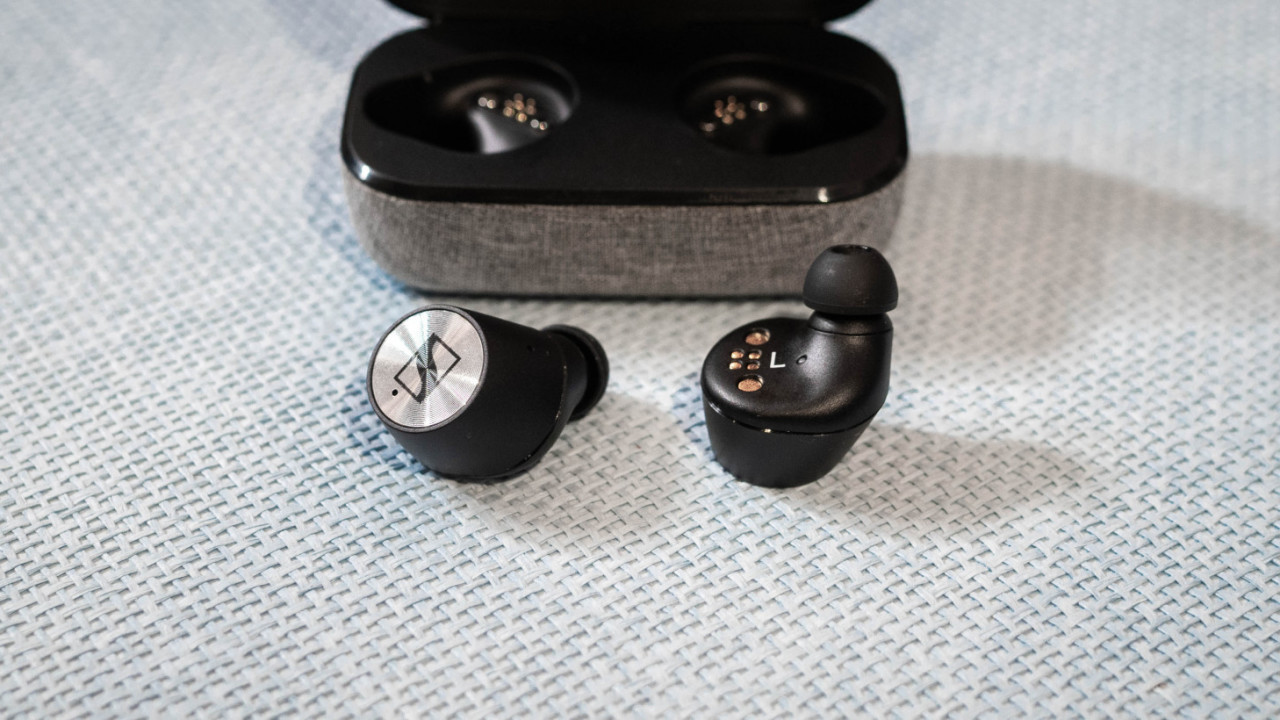 As a general rule, I don’t like ‘true wireless’ headphones.

Don’t get me wrong; I like the concept, but ever since Apple’s AirPods popularized the category, I’ve been hesitant to adopt the newfangled form factor because of all the compromises entailed. Until now, none of the headphones I’ve tried have cleared my threshold for five key areas:

Then Sennheiser’s Momentum True Wireless (MTW) came along. At $300, they’re more expensive than most of the competition, but these are the first true wireless headphones I can wholeheartedly recommend to both audio-enthusiasts and mainstream users alike.

By far my biggest problem with true wireless headphones is lackluster sound, at least for the price. I waited for the Momentums with eager anticipation, given Sennheiser’s venerable audio pedigree, and I’m glad to report the company delivered. Though I haven’t tried all the competition, I have used more than most, and the Momentums are only the second pair of true wireless headphones that don’t immediately make me want to reach for traditional Bluetooth buds or wired ones. The first pair was Master and Dynamic’s MW07, but I prefer the Sennheiser’s tuning, and it wins out on connectivity, fit, and features too.

The MTW is designed smartly. The housings appear quite bulky at first glance, but in my medium-sized ears, they fit like a glove. The body gently tapers into a small sound tube, leaving the largest part to rest outside your ear canal; I’ve had worse fit issues with far smaller earbuds. I had no issue wearing the MTW for hours, and given my ears can be finnicky about fit, I suspect most people won’t either.

This cozy fit contributes to the fantastic isolation from the outside world – some of the best in the category. Unlike AirPods, which let you hear all your surroundings, the Momentum True Wireless block out more noise than most full-size noise-cancelling headphones.

Though I don’t have the equipment to measure the noise isolation – I’d venture to say they’re right up there with Sony’s 1000XM3 in their ability to shut up the world, especially if you replace the included silicone tips with foam tips. And for those times you want to be aware of your surroundings, a double tap on the right earbud enables a ‘Transparent Hearing’ mode that uses the onboard microphones to let you hear your environment.

The controls are well thought out and work with minimal delay. Large touch surfaces let you control playback on the left ear, and smart features on the right. I particularly appreciate how Google Assistant and Siri only require a single tap on the right earbud – it makes voice assistants more useful than the usual “hold for two seconds” approach on other headphones.

Likewise, you can initiate Bluetooth pairing by simply touching both earbuds for 5 seconds, which is a lot easier than the usual power off-and-on-then-hold cycle on the competition. It would’ve been nice to be connected to multiple devices at once, but this works fast enough.

The oddity is volume control, which you do by holding down on the left or right earbuds. It’s weird at first, but you get used to it quickly – and it’s certainly better than asking Siri to raise the volume as one would on AirPods. I wish you could customize the buttons via Sennheiser’s Smart Control app though.

The charging case is the usual fare. It’s small, and getting the earbuds in and out is quick enough. I wish it held more than just two additional charges (a total of twelve hours), but I’m happy it uses USB-C. Far too many charging cases use micro-USB, which as far as I’m concerned, is reason enough not to buy one. I don’t need to carry around an extra cable for something that’s supposed to cut down on the wires.

Battery life on the earbuds themselves is good enough for my uses. They last four hours on a charge, and though I haven’t managed to drain them completely, I did listen for over three hours at max volume at one point before plopping them into their charging case. They charge quickly too, topped back up within the hour. And since the case uses USB-C, it’s easy to use your phone charger – or even some laptop charges.

Unfortunately, some users are experiencing some problems with the charging case. In some cases, it seems the earbuds don’t shut off properly when the case is closed, allowing the battery to drain. In any case, standby time isn’t great; Sennheiser claims they’ll last seven days in standby mode, but in practice, it seems to be less. You won’t notice if you use the headphones often, but it’s annoying if you haven’t used them for a few days and find the buds are totally drained.

Those concerns acknowledged, lets return to the sound: The MTW is exquisite. Not just ‘good enough for a commute’ but just flat-out good. Of course, it won’t beat a $300 pair of wired earbuds, but it’s up there among the Bluetooth competition. The overall tuning is a bit v-shaped, with an emphasis on the bass and treble, which is just how I like it. Bass reaches down low into the sub-bass, hits well in the midbass, and for the most part doesn’t muddy up the mids. It’s not the fastest bass around – there’s a bit more midbass than I’d like, but it’s good and punchy.

Treble is detailed and extends easily to the high end. It can be slightly abrasive on some poorly mastered tracks with a lot of sibilance, but for the most part, helps drive out cymbals and other bits of detail in the mix. The MTW present ample detail in busy tracks, and do a decent job separating instruments during busy passages.

Better yet, if the sound doesn’t suit you, there’s a simple equalizer in Sennheiser’s app that lets you add or remove bass and treble energy. The effect doesn’t allow for a ton of specific control, but is easy to use and can have a significant impact on the sound. I personally toned down the bass a bit for a slightly flatter response. Thankfully, the changes carry over to any other devices you pair them with.

My only wish is that they got a bit louder. It’s good enough for most music, but some tracks – classical music in particular – are recorded with a wide dynamic range, making quiet passages a little too quiet. This is a complaint I’ve levied at most true wireless buds I’ve tried though, and the Sennheisers block out more noise than most, so you don’t always have to turn up the volume all the way.

To my ears, Master and Dynamics MW07 actually resolve a bit more detail with their beryllium drivers, but I prefer the more energetic tuning of the Sennheisers to M&D’s warmth. Tuning is subjective and can be dealt with an equalizer, but it’s also worth noting that even if the MW07 have a slight technical advantage, the additional isolation on the Sennheisers makes it easier to appreciate the small details during a loud commute anyway.

In case you’re wondering what they sound like against Apple’s Airpods, there’s no competition. While I do think Apple’s AirPods get an unfairly bad rep in audio communities, they are not even in the same league as these.

Both AptX and AAC are on board so both Android and iOS users have access to a high-quality Bluetooth codec. AptX Low Latency also makes a rare appearance, meaning voices are always in sync when watching videos, and making the MTW one of the few true wireless earbuds suitable for tasks demanding minimal audio delay.

Moreover, the MTW has the most rock-solid Bluetooth connection I’ve heard from this form factor. Over several days with hours of listening indoor and out, sound never dropped out. I can’t even say that about some full-size Bluetooth headphones.

My list of complaints is small. I could always do with more battery life, and I would’ve gladly accepted a larger case to fit in an extra charge or two. I wish the earbuds got a bit louder for tracks with wide dynamic range. And I wouldn’t mind deeper integration with the Google Assistant, as seen on the Pixel Buds and Sony’s headphones.

But that’s about it. The Momentum True Wireless sound great, fit well, are easy to use, have a reliable connection, have decent battery life, block out oodles of noise, and still let you be aware of your surroundings if you want. It’s everything I could ask for in a pair of true wireless earbuds.

The headphones still haven’t been released – they’re due by the end of the month –  but if you’re in the market for a pair of true wireless earbuds and have $300 to spend, look no further. Sennheiser hit the bullseye, and I expect these to become very popular, very fast.