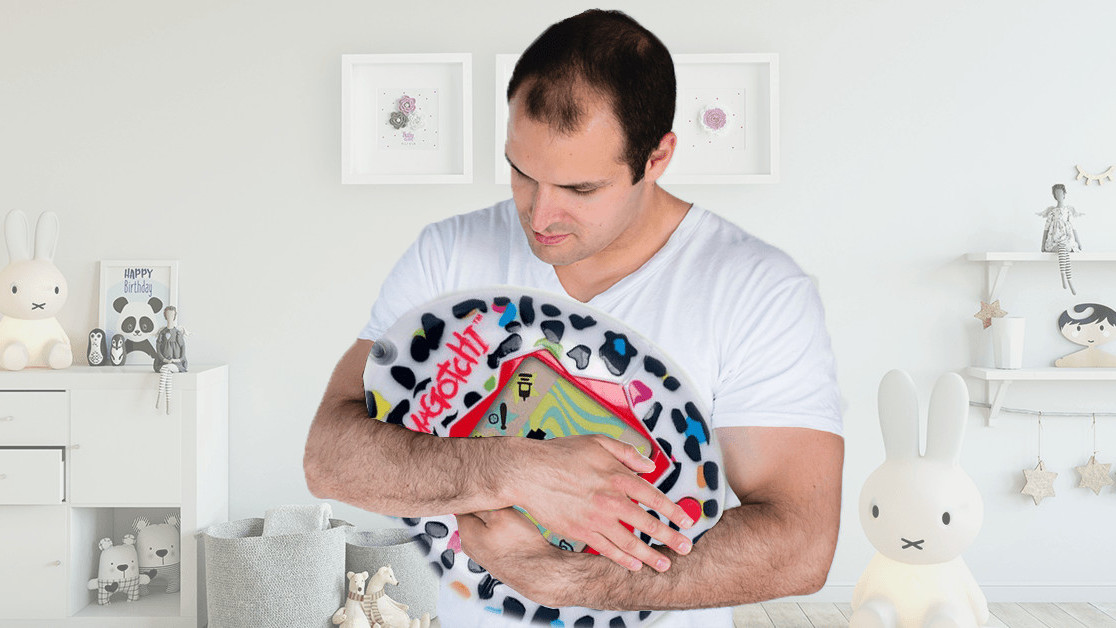 It’s 5PM and I’m working on a headphones review. Just a few hundred more words before I can file the copy with my editors and go home. I need to concentrate, but I can’t. Why? My child just soiled himself.

Perhaps I’m getting a little ahead of myself. Let’s take a couple of steps back. No, I don’t have a kid. The offspring in this story is a Tamagotchi, which, almost 20 years later, is enjoying a revival.

As a bona fide child of the 90’s, I’m no stranger to nostalgia, and when Bandai’s UK PR representative offered to send me a review unit for the revamped Tamagotchi, I jumped at the chance. I thought I’d play with it a bit, maybe write a review, but my wife had other ideas.

You see, we’re currently trying for a baby. While I’m looking forward to being a dad, the prospect of fatherhood (frankly) terrifies me in ways I never thought possible. I guess my fears boil down to two points: first, I won’t be able to lead the semi-carefree lifestyle I enjoy now.

Mostly though, it’s the responsibility of bringing a new human into the world and having to look after it as it’s most vulnerable. While I’d undoubtedly do my best, it’s a job I’m absolutely petrified of screwing up.

My wife thought that if I could handle the task of caring for an infant Tamagotchi during its most needy hours, I should be well-equipped to handle my own flesh and blood.

After all, like real babies, Tamagotchis need to be cared for. They require regular feeding, bathing, and entertaining, and like real babies, they won’t hesitate to let you know when you’re doing a deficient job.

How? The Tamagotchi emits an ear-piercingly shrill beep whenever it needs something, like food or attention. At first, this is all the time. Not unlike a real infant, the Tamagotchi has exactly zero consideration for your schedule or workload. “Wipe my arse, dad.”

My wife thought that this proposal could give me a taste of the real experience, but without the consequences and responsibilities. Perhaps she was right, and I decided to give her experiment an earnest attempt.

In retrospect, I chose an awful time to give this a try. The weeks leading to Christmas are unbearably stressful for those in the tech journalism business, as we wrap up loose ends before the new year, while simultaneously dealing with an influx of news and product launches.

If you’re fervently trying to concentrate, a needy digital infant is the last thing you want to deal with. I wasn’t prepared for the number of interruptions it generated.

After just five minutes, I could feel my patience wane. I wanted to shove it in a jiffy bag and return the binary brat to the PR agency. Priority shipping. Thanks, but also no thanks.

I did persevere further — but also not much further. After the working day was done, I handed the tiny beeping keychain to my wife and switched on the Xbox.

I failed. I’m a bad Tamagotchi dad. Suffice to say, my wife has custody now.

The concept behind my wife’s experiment isn’t that weird. For generations, people have prepared for parenthood by practicing with something else.

An entire generation of Americans learned the finer arts of child rearing by carting around eggs or animatronic dolls, or in the case of my colleague Georgina Ustik, a sack of flour.

You could also argue that this indoctrination happens at an even earlier age — at least for girls. As a child, I vaguely remember seeing adverts for Baby Born dolls. These mimicked much of the behavior of an infant child, particularly the crying, and required regular feeds and soothing.

But does this work? I looked after the Tamagotchi because I thought it was an interesting idea and I could get an article out of it. Was my heart truly in it? Not really.

But when it’s your own child — 50 percent you, 50 percent the person you love most in the world — I imagine it’s a little bit different, and in some weird way, you’ll learn to cherish those interruptions and late night diaper changes.