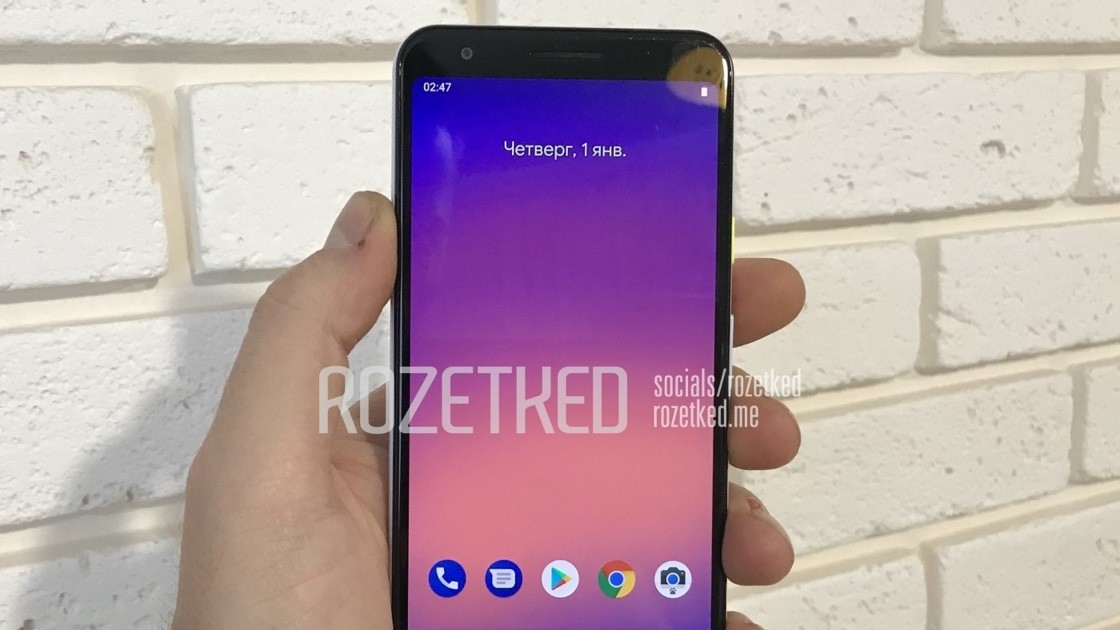 After hearing rumors about a mid-range Google Pixel phone for months, we’ve got our first look of the phone. Last week, Russian website Rozketed got their hands on some pictures and details about the device. While Google hasn’t confirmed that this is the real deal (or that a mid-range Pixel is on the way), we’re fairly certain Rozketed is on the right track, as it accurately leaked the Pixel 3 XL earlier this year.

The device – internally known as “Sargo”  – looks very much like the Pixel 3. However, the report suggests that the device has a plastic back instead of glass used in the Pixel 3. And it will have a headphone jack.

As per the report, the device features a 5.56-inch full HD display, which is the same size as the Pixel 3. The phone uses a mid-range Snapdragon 670 processor along with 4GB RAM. However, a spec sheet from the AID64 hardware testing app hints at a Snapdragon 710 chip powering the device. As per an earlier rumor, it’s quite possible that this might be Sargo’s cousin, “Bonito.”

This suggests we might end up with four Pixel 3 phones in total – the fourth being a budget Pixel 3 XL for folks who want a cheaper version of Google’s larger flagship.

The new processor means that the phone might not have Google’s proprietary visual core chip, and therefore not include certain photography features like Super Res Zoom. The visual core will require modification of the chip and I suspect that the company will skip that expensive process for a mid-range device.

HMD/Nokia Mobile is working on a Snapdragon 710 based device to be released in the autumn/winter 2018 timeframe. Codename is "Phoenix". Oh and btw, the Google SDM710 based device apparently is called "Bonito".

The phone reportedly houses a 2,915mAh battery. It’ll have a 12-megapixel rear camera and an 8-megapixel front camera. This is almost the same set up as the Pixel 3, apart from the fact that the flagship version has two front cameras. We’re not sure at the moment if Google will use the same sensor as the Pixel 3 on the mid-range variant.

The mid-range Pixel could tempt phone buyers on a budget if its camera turns out to be as good as that on the Pixel 3. But as we’ve learned from the past few iterations of the Pixel, they come with their fair share of performance issues. So Google will need to tighten its quality control if it wants these to sell in large numbers.

This year’s Pixel phones have been criticized for performance issues – particularly about them not having enough RAM to handle multitasking. That could be a cause for concern with the mid-range Pixel 3, as it’s reportedly getting lower-grade specs.

The mid-range Pixel 3 is expected to be priced somewhere between $400-500. It’ll go head-to-head against the likes of the OnePlus 6T and the Asus Zenfone 5z. Google will have to work hard to convince users to buy its next phone solely for the camera, as the competition clearly has an upper hand in terms of specs.

Will you hold out for a budget Pixel 3, or are you considering buying something else? Let us know in the comments.