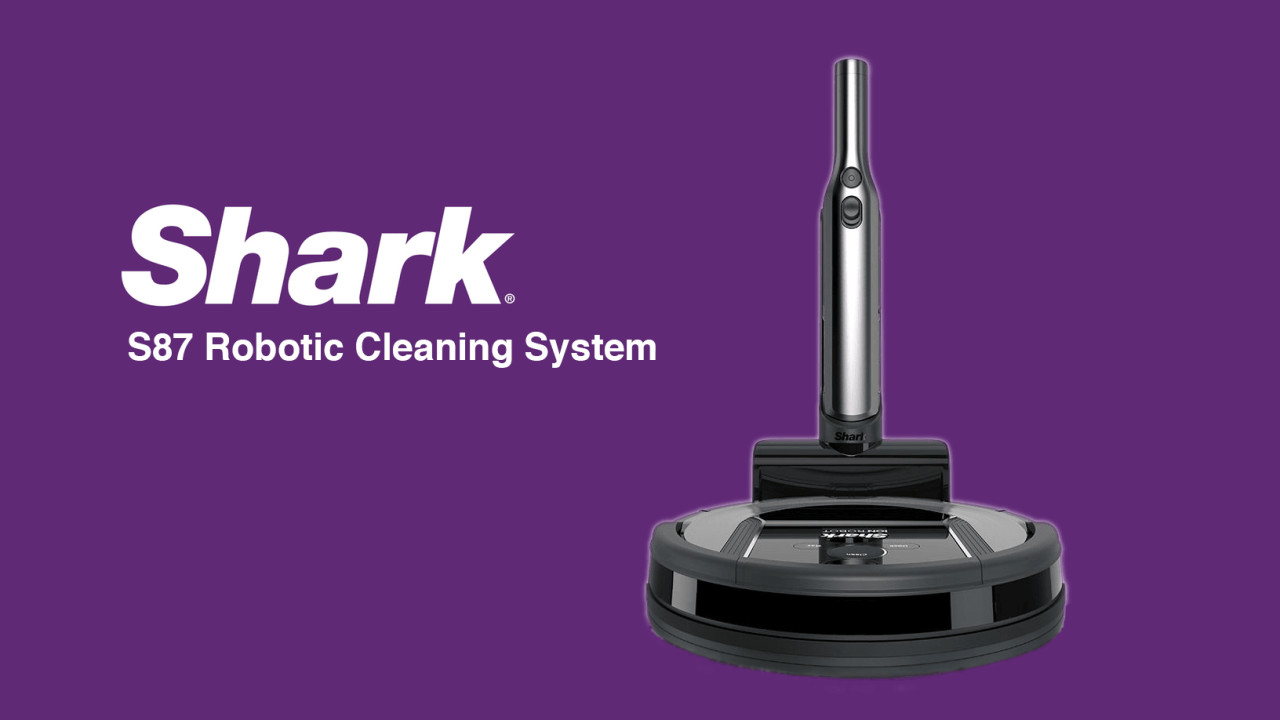 I remember a time not so long ago where robot vacuums would set you back $1,000 or more and prove more work than they were worth. They didn’t get corners, left streaky floors, and ended up damaging things like cords, furniture, and sometimes even the floor itself. They were less “smart” device and more “let’s add some rubber to a clumsy vacuum, switch it on, and see what happens.”

Things have changed. Shark, a leader in the upright vacuum space, proves as much with a smart, capable, and stylish robot that’ll set you back less than $500.

Still, I chuckle at the thought of reviewing a product where “it sucks” would be considered high praise.

I guess not that much has changed, after all.

Inside the box you’ll get the Shark ION R85 robot vacuum, a two-in-one charging dock, and eight feet of “BotBoundary” strips, a rubberized no-go zone to keep the robot from snacking on your cords, shoelaces, or pets.

Our biggest complaint with robot vacuums is that they often miss under low-hanging surfaces, or corners. Even the best-of-the-best in the space are still guilty of skipping over certain areas. It’s simple geometry; Try fitting a large hockey puck into a 90-degree corner. It’s not happening.

To solve this problem, Shark includes its W1 cordless handheld, a wand of sorts that gets the corners that most miss. It’s a nice touch that fits neatly into the two-in-one charging station.

What’s not as nice is the attachments — a crevice tool, multi-surface pet tool, and a soft dusting brush. They’re great, don’t get me wrong, but they don’t fit on the charging dock and you’re left to just throw the attachments in a closet or a drawer. It’s not ideal.

It may be an unfair comparison, but it’s going to happen and we might as well address it. The R85 isn’t as good as a Shark upright. People will inevitably make the comparison though, and they’ll be disappointed to learn that our Shark upright bests the robot in every measurable way. Aside from the convenience of not having to pull it out of a closet, that is.

Comparison aside, it’s worth mentioning that the R85, especially in Max mode, had better suction than anything we’d tried in this price range. Granted, this is purely anecdotal and there’s little we can offer you in the way of a quantitative measurement here.

The design is also clever. It’s smaller than most robot vacuums, allowing it to get further into corners and under low-hanging surfaces than one of our favorites, the Deebot Ozmo 930 ($599). It was seldom, if ever, ensnared by the obstacles that have a way of impeding larger models. This is a welcome change that we hope others will latch on to in future products.

Shark’s R85 works well on both tile floors and carpeted surfaces. It did, however, struggle with smaller, grain-like particles. Sand, for example, was a bit of a problem area, as was sugar. In both cases, we found ourselves needing to grab the wand, which finished the job.

I was actually a bit surprised that I ended up using the wand as much as I did. Overall, it’s a great addition that puts the S87 cleaning system into a category of its own. It’s a $130 value that works well, and plugs into the same charging system as the robot. All-in-one is where it’s at.

We also liked the dust storage bin, which at 0.66 quarts of capacity, was larger than most others in this space. Meaning, we didn’t need to empty it nearly as often.

Artificial “intelligence” is relative, I guess

Unfortunately, that’s not where the complaints end. While the R85 is a good start, it doesn’t quite come across as a finished product. It’s not a smart as other vacuums in this range, and could use a touch more focus on the AI.

Shark touts its “Smart Sensor Navigation 2.0,” which is a system based on obstacle avoidance rather than room mapping. And it’s good at avoiding obstacles, it really is. But where it suffers is in not relying on the same visual maps others create when analyzing a space. Instead of knowing the areas it’s cleaned and then finding new ones, the R85 seems to spend a lot of its time bumping into things (softly), turning around, and then running over the same area it just cleaned.

Needless to say, it’s not going to clean a floor in a single pass. If you set it up to run each night, chances are your floors will remain relatively clean, but it’s certainly not going to do the job in one go.

With about 60 minutes of battery life, you can expect a three hour charge cycle before you can send it out again, though.

A product suited for Shark loyalists

Performance-wise, Shark has a great product. Our one complaint is with the rather bad AI, although even that’s not a deal-breaker if you manage expectations and keep the robot on a schedule. It’ll need multiple passes to clean an entire room.

It’s competitive in this range, and brand loyalists are undoubtedly going to be drawn to any offering by the makers of such a great upright vacuum. Add a rather stellar app, the ability to connect to two popular smart assistants — Alexa and Google Assistant — and the rather stellar wand and the race between this and better models gets a lot closer.

For us, though, we’d recommend dropping a few extra dollars on the Roomba 960, from iRobot ($60 more), or the Neato Botvac D4 ($50 more). Full disclosure: we haven’t tried the latter but hear great things.