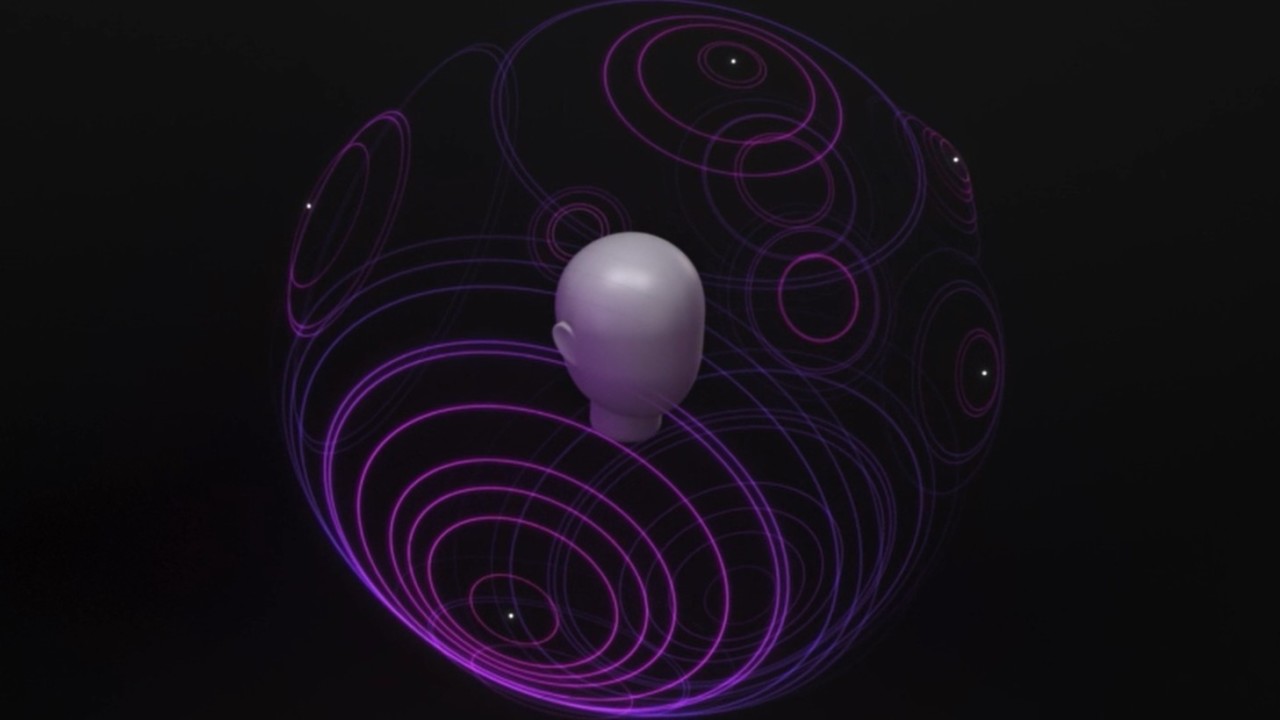 There’s so much more to audio than stereo.

Surround sound – sometimes called 3D or ‘spatial’ audio nowadays – can go a long way towards making movies and some music more immersive, enveloping you with sound from all directions.

Unfortunately, it’s often an expensive and inconvenient endeavor, requiring a multitude of speakers and specialized equipment. Some headphones can do surround sound too, but the choices pale in comparison to standard headphones, and they’re often not as good.

Thankfully, you don’t need any of that if you have a Windows 10 PC. Back in early 2017, Microsoft built in the ability to experience surround sound through any pair of headphones – from the cheapest earbuds to multi-thousand-dollar headphones – thanks to smart sound processing via Windows Sonic and Dolby Atmos.

If you already know what those words mean, as well things like ‘binaural audio’ and ‘HRTF,’ feel free to skip to the last section. Otherwise, read on.

There are two 3D sound systems currently built into Windows, with a third on the way.

Window Sonic is Microsoft’s free solution, able to replicate the sound of 5.1 and 7.1-speaker surround systems with just any pair of stereo headphones.

Then there’s a more familiar name if you’ve been to a premium theater: Dolby Atmos. Like Windows Sonic, it can imitate a traditional surround sound system through headphones. But Atmos goes a step further with something called object-based audio.

Rather than imitating five or seven speakers and a sub, the goal is to replicate physical objects moving around your head in 3D space – including above, below, near, and far away from you. A couple of games actually incorporate Dolby Atmos for headphones independently, including Overwatch, Battlefield 1, and Star Wars Battlefront.

Unfortunately, your movies, music, or games need to support Dolby Atmos processing to get the full effect. You’ll also have to pay $15 to download an app that enabled the functionality.

The other big name in object-based audio, DTS:X, is also expected to arrive soon.

Atmos and Sonic can work with any stereo headset, though obviously, a high-fidelity pair is ideal. In some cases, Atmos for headphones can be even better than a speaker system, as headphones can better replicate the sensation of sounds close to your ear (think bullets whizzing by).

The technology behind it is involved, but they use something called an HRTF (head-related transfer function) to imitate a realistic sense of space. The HRTF is essentially an algorithm that tries to modify sound the same way your head and earlobes attenuate frequencies coming from different directions.

The difference between the sound arriving at your two ears is vital. Your brain interprets that subtle delta and uses it to calculate the sound’s location.

HRTF technology is inspired by binaural recording, a way of capturing sound using microphones placed inside ear canals (whether real ones or a dummy head’s). Unlike regular stereo recordings, which use microphones placed in the open air, binaural audio captures the aforementioned differences in sound arriving in each ear.

If you’re having trouble picturing how this all works, here’s an old favorite of the concept at work. Listen with your best pair of headphones:

Pretty awesome, right? Binaural won’t be perfect unless the sound was recorded within your own ears, but the spatial effect should be a lot more convincing than regular stereo – and even most speaker systems. Not only will you hear sound in a circumference around you, but you’ll get a sense of depth and height as well. HRTF systems like Windows Sonic and Dolby Atmos usually aren’t as convincing as a good binaural recording, but they can get decently close.

How to activate spatial audio

The easiest way is to simply right click on the audio icon on the bottom right of the taskbar. Hover your mouse over “Spatial Sound” and then select Windows Sonic for Headphones or Dolby Atmos.

Alternatively, you can enter the sound menu from the control panel or type in “manage audio devices” into the taskbar’s search box. From there select the audio device, click on properties, go to the spatial sound tab, and select your format of choice.

Keep in mind any changes you make apply only to the specific audio device selected.

If you choose Windows Sonic, you’re done! Regular stereo music will sound the same, but play audio encoded in a 5.1 or 7.1 format – almost any movie in the past couple of decades and most modern TV shows – and you should be able to hear the difference.

For Dolby Atmos, the Windows Store will open and you’ll be prompted to download the Dolby Access app. This app will let you run a trial of Dolby Atmos, or pay up the $15 for a permanent license.

Again, you’ll need to play back properly encoded audio to get the full effect. Regular stereo will sound the way it always had.

By now, you might be wondering which is better for regular surround sound, but it’s mostly subjective.

The internet seems fairly divided. Some people think Windows Sonic sounds better. Others think Atmos is more realistic. I go back and forth; They’re close enough it’s a matter of preference for 5.1 or 7.1 audio.

Again, Windows Sonic is free, so if you don’t care about the Atmos effect or don’t feel like paying up, it’s great to try – especially as it won’t mess up your regular stereo music. But Atmos can give you the full 3D effect with properly encoded audio and is worth trying if you don’t mind the premium.

Either way, give it a go. It’s a great way to make movies, games, and some music more immersive with few to no negatives.