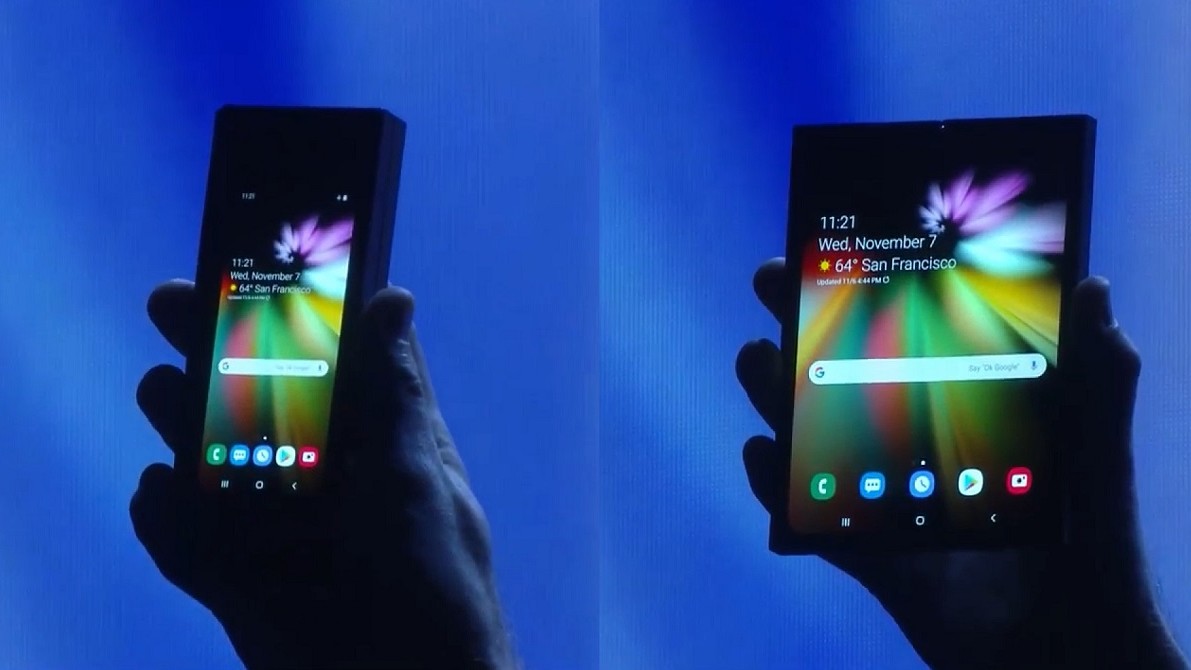 Samsung wasn’t at liberty to show off the device’s form-factor today at its developers conference. So it ended up showing off the new Infinity Flex Display on a folding screen inside of a box. Here it is open in tablet form:

The device is supposed to go into mass production in “the coming months,” according to Samsung, but we can’t help but speculate that the South Korean tech giant hasn’t sorted out the final design, and may be further from market than it’s letting on.

Either way, the spectacle of the folding phone is imminent. If 2018 was the year most device makers put AI chips inside of their flagships, 2019 will be the year everyone tries to figure out how to lure consumers into trying out a folding phone.

Samsung spent a fair portion of its keynote showing off its screen technology to drum up excitement for what its calling the evolution of the smart phone. We’re not entirely convinced folding phones will end up being the-next-big-thing, but it’ll be interesting to see how the format shakes out.

Either way, there’s a precedent: the dual-screened Nintendo DS is one of the most beloved gadgets of all time. If Samsung can capture even a portion of the DS’s massive success with its folding phablet, it’ll do just fine.