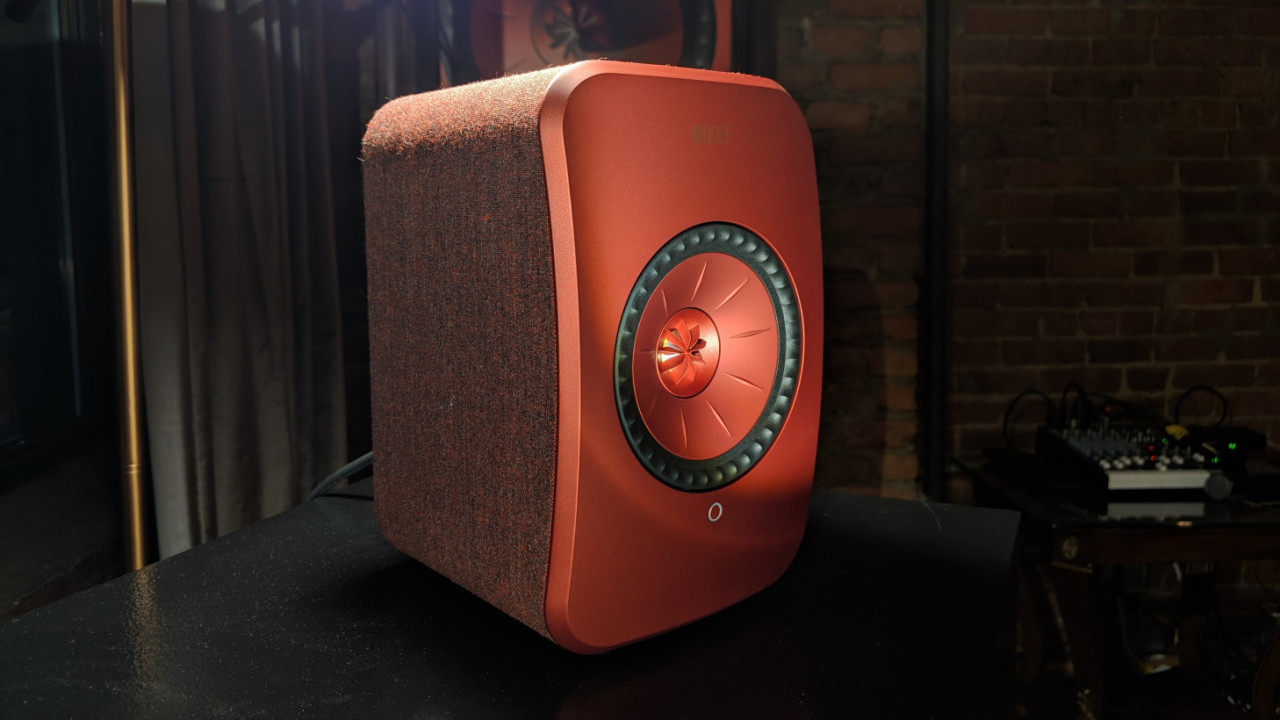 In just a couple of years, KEF’s LS50W speakers have become something of a modern classic among audio circles.

Clever digital processing allowed them to deliver pristine, powerful sound that belied their bookshelf speaker size – and even their $2,200 price tag. A combination of physical inputs and wireless connectivity bridged the gap between traditional audiophiles and speaker enthusiasts in search of convenience.

All this led me to call the LS50W the best gateway to the world of hi-fi speakers. Now KEF has a new model, the LSX, which takes a whole lot of what makes the LS50W great, and stuffs it into a far smaller, cheaper, and more colorful package.

The LSX retail for $1,100 a pair and are about a third of the volume of the LS50W – a little bigger than Apple’s HomePod. They come in a suite of colors, including blue, green, red, and black designs covered in fabric, as well as high-gloss white.

I had the chance to check them out in person, and I’m particularly enamored with the blue – there should be more blue speakers, people – though I dig the red and green a lot as well. The fabric might be a bit divisive – usually, fabric is on the front of the speakers, after all – but I think it’s a great look that better blends into home decor.

As with the LS50W, the LSX differ from most speakers in that they have the tweeter and woofer mounted such that sound emanates from the same point. This should lead to a more realistic, wider soundstage than comparable speakers with a separated woofer and tweeter.

They also had more bass thump than I expected. The LSX have a frequency range of 49 Hz – 47 kHz (-6 dB), which is solid for a 4.5-inch woofer, and should be enough for most people – especially if listening in a near-field setup. It’s not the crazy subwoofer levels of something like the similarly-sized-but-much-more-expensive Devialet Phantom Reactor,  but you can add a powered subwoofer too via a port on the back.

Unlike the LS50W, the LSX have no touch buttons for switching inputs, which strikes me as an annoying oversight. You can use the remote or app, but given I expect a lot of people will end up using the LSX as desktop speakers, controls on the chassis would have been nice.

Thankfully, you still have almost as much connectivity as the LS50W, with a few new tricks. There’s a 3.5mm aux port, Toslink optical port, AptX Bluetooth and Wi-Fi playback for Spotify and Tidal via KEF’s app. The only thing you’re missing is the USB port for a direct line to your PC.

The LSX will also introduce AirPlay 2 support early next year. Unfortunately the company hasn’t announced plans for Google Cast, but the USB power port on the back makes it easy to link up a Chromecast audio.

One major improvement over LS50W is that the LSX don’t require a cable between the two speakers – they’re “wireless” in a more traditional sense. However, KEF still gives you the option to use a wired connection as well, which should reduce latency and provide slightly better sound quality (24bit/96hz vs 24bit/48hz).

It all adds up to an attractive package that brings KEF’s decades of hi-fi experience to its most accessible product yet. $1,100 is far from chump change, but considering it’s just a little more than a pair of Sonos Play:5, it should be attainable to a fairly broad audience.

The speakers will be available through KEF Direct, Amazon, Magnolia Design Center, and other KEF dealers soon. We’ll be reviewing the LSX ourselves soon, so stay tuned as we put them to the test under more controlled conditions.