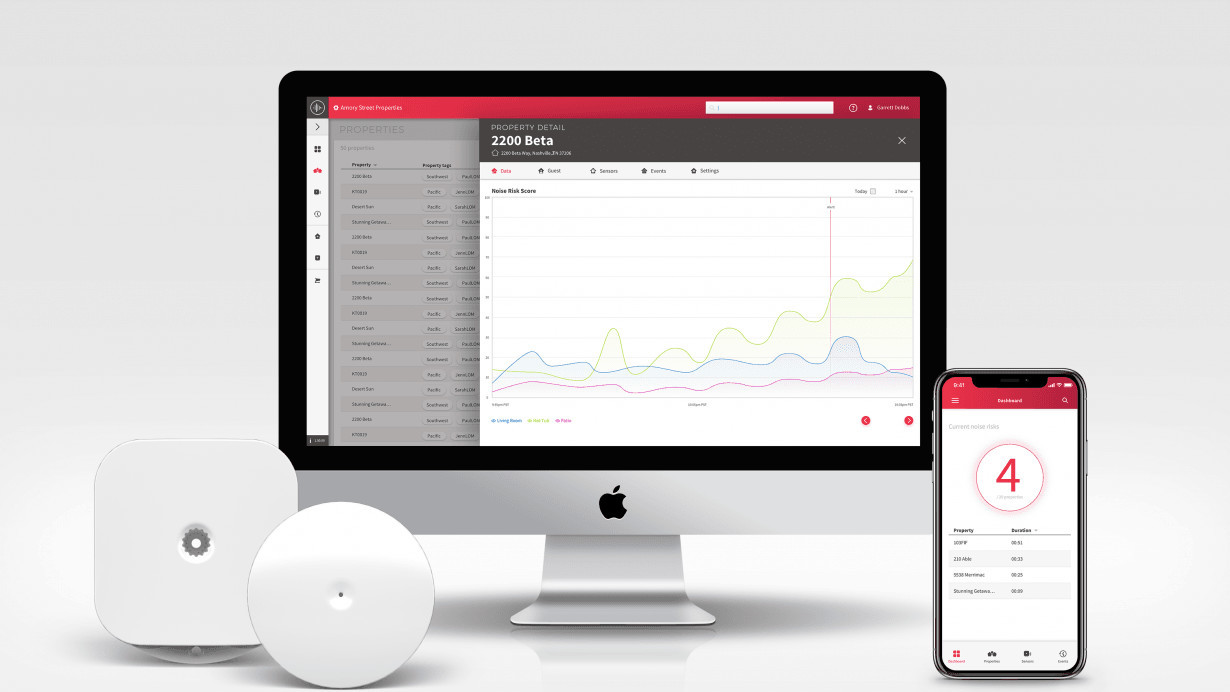 More and more people are purchasing homes to let out as vacation rentals. While the rewards can be great, so too can the risks, as hundreds of Airbnb landlords have discovered. There are plenty of examples of guests using properties as the location for drug and sex-fueled ragers, leaving thousands of dollars of damage in their wake.

Predictably, an entire market of tech products has sprung up around helping landlords protect their properties. One company in this space is NoiseAware, which today announced the latest generation of its noise monitoring hardware: the NoiseAware Gen 3.

So, what does it do? Essentially, it’s a small box which landlords and Airbnb hosts can conceal on their property, either indoors or outdoors. It monitors noise levels, and when the decibels reach a specific pre-defined level for an extended period, NoiseAware will send a notification to the host through an app, allowing them to take action and (hopefully) prevent the neighbors complaining.

Privacy is a big concern with something like this, but it’s worth stressing that NoiseAware doesn’t actually listen to conversations taking place — it’s only interested in how many decibels are being produced by the occupants. Think of it as being like a smoke alarm, but for noise.

With Gen 3, two NoiseAware models are now available. The indoor model is tiny, measuring 3.4-inches by 3.8-inches, and plugs into any open wall socket. The weatherproof outdoor model is smaller still, and is totally wireless, requiring just two CR123A batteries to run.

The NoiseAware Gen3 will soon be available to pre-order from the company’s website, with units shipping in the coming month. In addition to the upfront cost of the device, the company also charges a subscription fee for its monitoring and alerting service.

But having read some of the more notorious Airbnb horror stories, it could well be money well spent.

Earlier this year, a New Zealand teenager rented out a bungalow in the Southern city of Dunedin, which then became the site of a 100-person strong boozy party. According to stuff.co.nz, the teenagers left behind a trail of vomit and glass for the owner to clean up, as well as a significant amount of damage.

And in 2012, two young women returned from a four-week vacation to discover that police had raided their home after their guests had turned it into a pop-up brothel.

With stories like these less isolated, it’s becoming increasingly apparent that Airbnb hosts are having to rely on technology products and services to protect themselves.