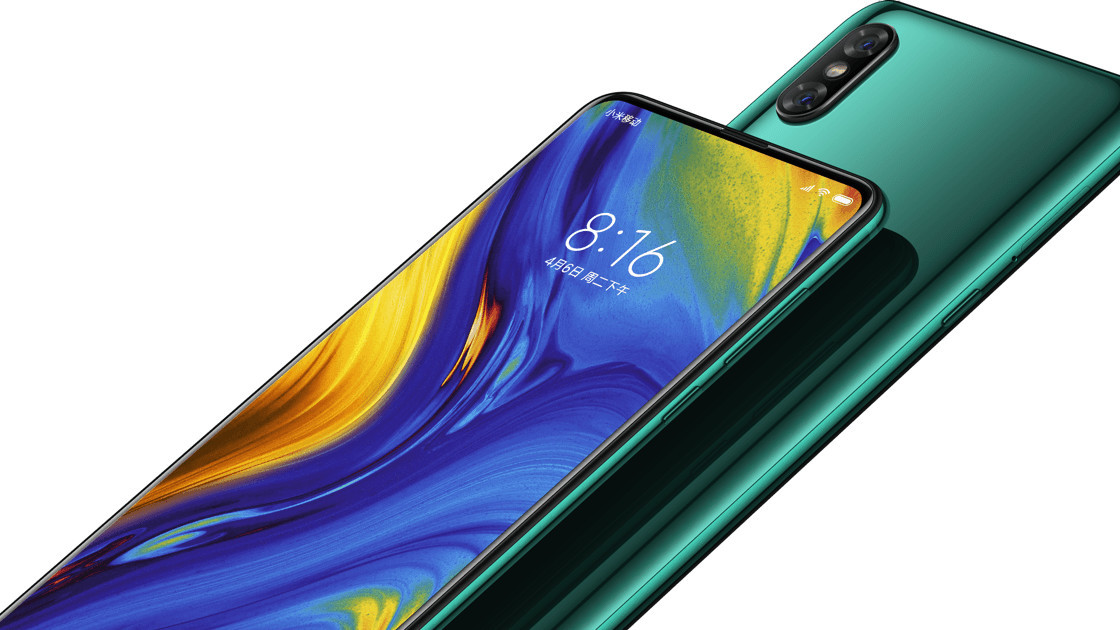 Xiaomi announced its preposterous Mi Mix 3 flagship – the first commercial 5G-ready phone in the world – at an event in Beijing today. A 4G version will become available in China right away, while the 5G variant will arrive in Europe in the first quarter of 2019.

This powerful handset comes with a nearly bezel-less screen, with an insane 93.4 percent screen-to-body ratio. And the top-end model also comes with a whopping 10GB RAM. Here’s everything else you’ll find under the hood::

The company made tall claims about the rear camera’s ability to capture great low-light shots. We’ll test that against the Pixel 3’s yet-to-be-released Night Sight feature, and it’ll be interesting to see how it fares in comparison with the Huawei P20 Pro’s excellent low-light mode. Additionally, the Mi Mix 3 can capture slow-motion videos at 960 fps, a bump up from the usual 240fps on other phones launched this year.

To achieve a notch-less screen, the company has opted for a slider mechanism to house the selfie camera setup. However, unlike the Oppo Find X’s automatic slider, you’ll have to slide the phone down to reveal the front cameras. It’s nice to see a throwback to the slider phone era.

The phone also supports fast wireless charging through a 10W charger included in the box.

Here are the prices for all variants:

Pre-sales for China start from 6PM today, and the phone will be more widely available across the country from November 1.

Stay tuned for our detailed coverage of the Mi Mix 3 on Plugged.