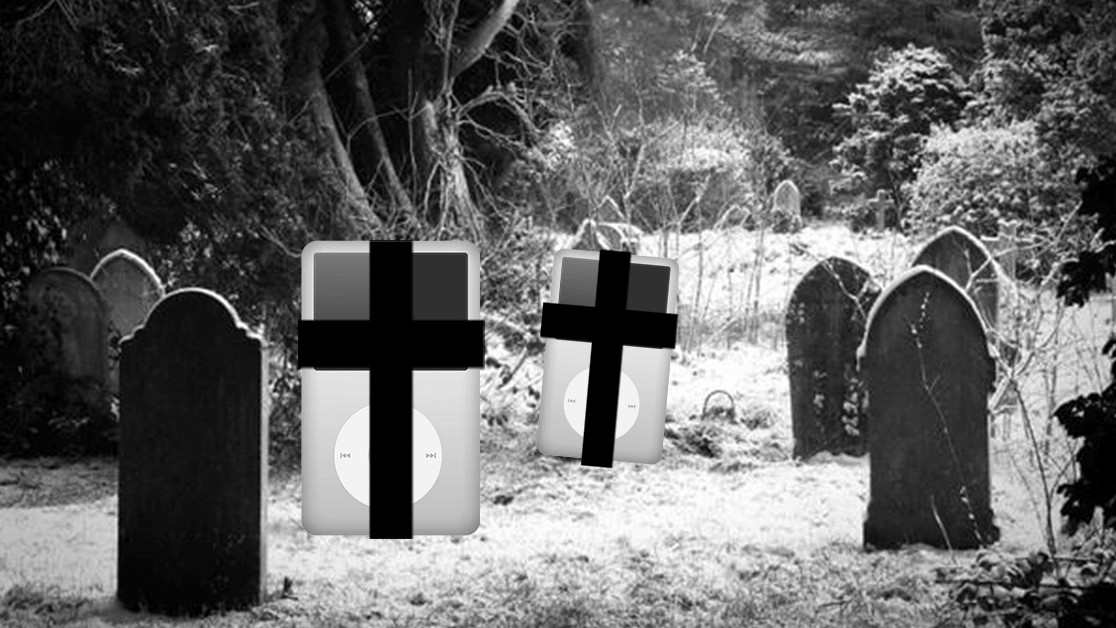 Despite it being 17 years to the day since the release of the first iPod and four years since the classic model was discontinued, there are still shedloads of people who love an MP3 player. Myself included. Streaming is great, but there’s something wonderful about actually carrying your music with you.

It could be that your commute takes you underground, you’re regularly out in the wilderness, or you just like curating your own music library – the reasons for wanting your music with you are endless.

As Plugged is all about finding the perfect product for a particular person, instead of just listing a selection of random MP3 players, we’re going to order them by the sort of person they’d suit. Why? Because we’re lovely like that.

Are you looking for an MP3 player to exercise with?

Then this SanDisk MP3 player could be a great fit. Let’s start with its obvious flaw though: a dumb name. Yep, it’s listed as the SDMX28-016G-G46K. No. Thank. You. (Yes, I’m aware this device is also called the Clip Jam).

Still, it has some benefits. It comes with 16GB of built-in storage, a clip so it can attach to you while you exercise, and it only weighs 1.28 ounces.

On top of that, it’s also water-resistant, durable, and has bluetooth capability. Even better, it’s only $59.99, which is an absolute bargain when you think about how much MP3 players used to cost.

Or maybe one to play songs in lossless formats?

One of the biggest criticisms from music snobs about the iPod was the lack of lossless support. Basically, MP3 audio compresses music in a way that loses certain frequencies – a no-go for audiophiles.

Luckily, there are devices that can easily handle high-quality, lossless music.

If that’s what you’re looking for, you could do much worse than the FiiO M7.

The company is well known for its high-quality audio products, like DACs and amplifiers, and it has used this experience in making its music player.

The FiiO M7 has high-fidelity bluetooth, supporting the aptX, aptX-HD, and LDAC codecs. Storage-wise, it takes micro SD cards up to 512GB and has a 20-hour play time.

What if you want your music player to do more than just play music?

They should take a long, hard look at the HiBy R6.

This offers many of the same benefits as the FiiO M7, but can also operate as a standalone Android device. It achieves this with its Snapdragon 425 processor, 32GB of internal storage (you can add more with a microSD), and 3GB RAM.

Is money no object? Then this is the music player for you

You’re a discerning person, yeah? You only like the best, right? Then do I have a music player for you.

It’s almost everything you could want from a music player. 256GB of internal storage plus additional microSD card support? Check. The ability to play almost every audio file format? Sony has your back. A “a gold plated, oxygen-free copper chassis design?” You’re damn right.

But maybe you’re the type of person that can’t let go of the iPod?

I get you. It’s a great device and maybe the above options just don’t do it for you.

Luckily, you have a few options. Apple still sells the iPod Touch, so that’s not a bad shout if you really want that Apple experience.

But, if you want an old iPod Classic, they’re still being sold on sites like Amazon and refurbished models are available on Music Magpie.

There is another route though. There’s a thriving scene on eBay of people replacing iPod Classic hard drives with SSDs and, often, a better battery. You can find all the available models for that option here.

Thankfully, despite the rise of streaming and the saturation of smartphones, there are plenty of options out there for people who can’t quite let go of the iPod. And that’s understandable, considering it’s the greatest gadget of all time.