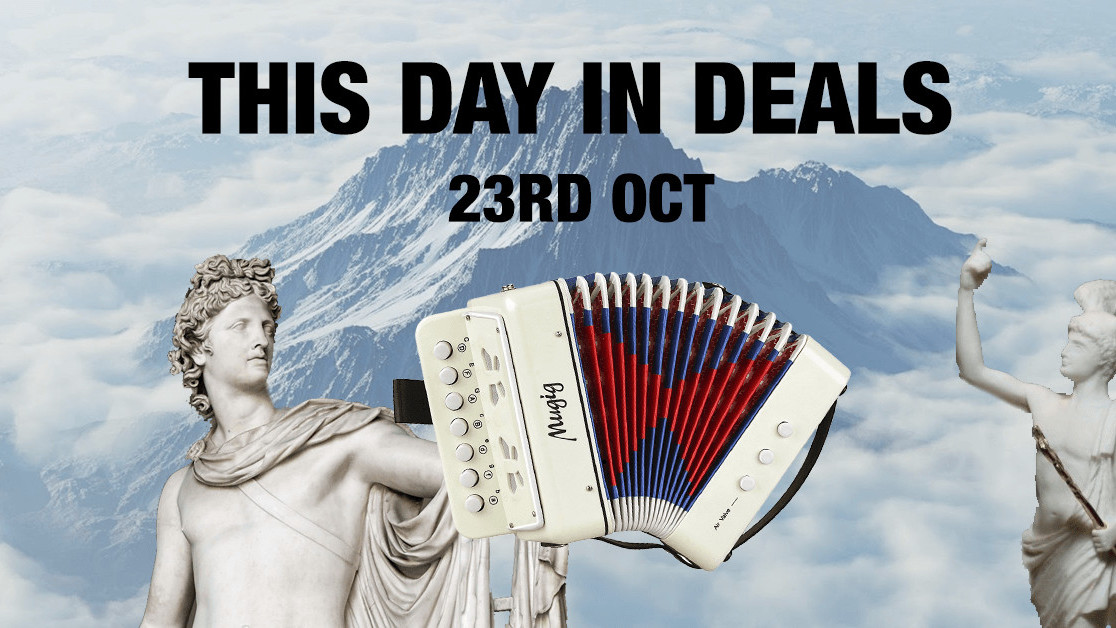 “Weird Al” Yankokic is a rarity these days: a non-problematic celebrity who has been around forever.

If you’re unaware of Weird Al, he’s arguably the world’s foremost musical comedian. He’s most famous for his covers of popular songs (Amish Paradise, anyone?) and playing the accordion.

So, in honor of Weird Al’s 59th birthday on this October 23, why don’t you do the only sensible thing and buy an accordion?

Woah, don’t click away on the mention of it being a kid’s accordion – give me a moment.

Firstly, an actual accordion is expensive. I’m talking like hundreds of dollars. The Mugig accordion is only $21.99. Is there any better way to start messing about with an instrument than getting a supremely cheap one?

Secondly, playing a proper accordion is hard. I’m talking hundreds of hours of practice hard. Do you have time for that? Maybe, but probably not. I’ve owned a kid’s accordion like this before and it’s surprisingly easy to make it sound okay. You can literally take the damn thing out of the box and start strutting around your street serenading the public with barely any practice.

Also, an accordion might not be the “coolest” instrument in the world, but it definitely has style. And we could all do with a bit more of that.

So, on the 23rd October 2018, let’s all celebrate “Weird Al” Yankovic’s birth on the same day in 1959 by buying this accordion, because why the hell not?