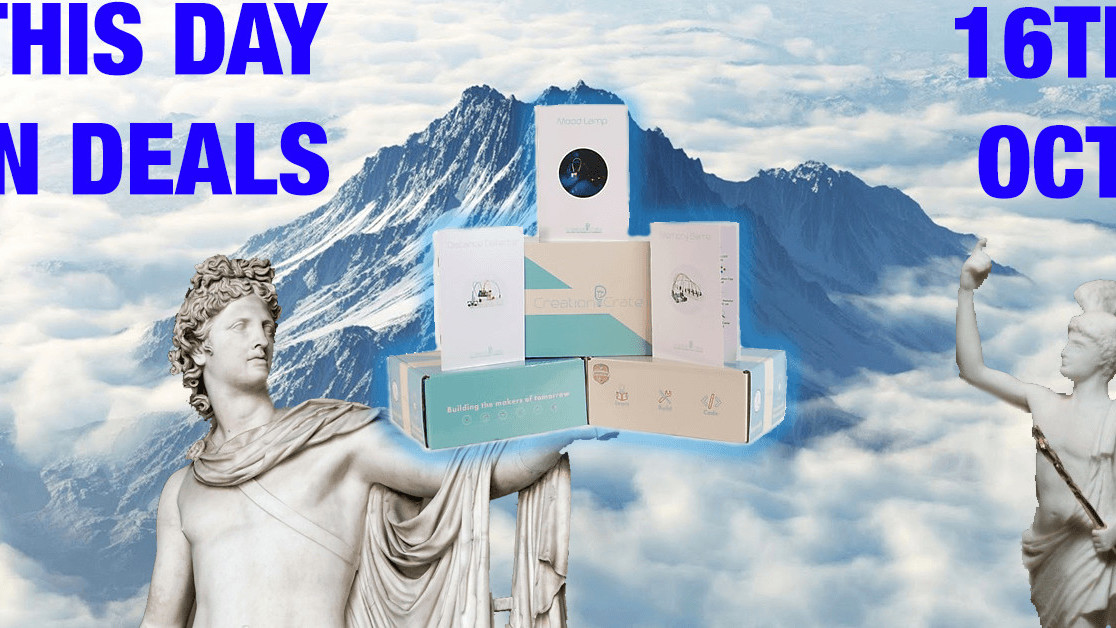 This Day In Deals is a new section where we share the best deals of the day alongside a historical fact, and try to connect the two. The aim? To enrich ourselves financially, and you spiritually.

In this day in 1384, Jadwiga was crowned King of Poland – although she was a woman. You can view this a middle finger to the patriarchy. Or you can see it as a form of patriarchy.

Why? Well, the middle finger is that Jadwiga was called “king” to reflect she was a queen regnant, a female monarch with the same rank as a king, not simply a wife of one.

But… it was a group of men who decided to do this, so potential (male) suitors would never be crowned King of Poland. For shame.

Oh, and did we forget to say that many historians believe Jadwiga was one of Poland’s greatest rulers? Sitting on a loft pedestal alongside other great Polish kings like Bolesław the Brave and Casimir the Great. You go, Jadwiga.

On this same day 634 years later, there’s something we learn from King Jadwiga: don’t let gender define who you are. Don’t let anyone define you. You do you, queen.

This is why there’s always time to learn a skill, especially one that people say “isn’t for you.” Something people hear a lot about an industry like electronics and programming.

For those who don’t care for that attitude, Creation Crate is perfect. Each month, the company sends you a kit containing an electronics and programming project. In it, you’re guided through the process of making a cool gadget. This includes sweet stuff, like a mood lamp, a lock box, or a dice game.

It’s suitable for anyone 12 years old and upwards, and is an ideal way to dip your toes in the world of electronics and programming.

You can also get 10 percent off your first order with this code: SAS10CC

So, what are you waiting for? Take inspiration from the story of King Jadwiga and don’t let the world define you. You can sign up for Creation Crate here.